Durand and Frérot Call for New Narrative on Business Benefits

HEC Professor Rodolphe Durand and Veolia CEO Antoine Frérot recently published “A Broader Vision of Business: Toward a New Narrative”, the English adaptation of their 2021 work “L’entreprise de demain” (Flammarion, 288 pages). The work seeks to lay the foundations for a new narrative on business. 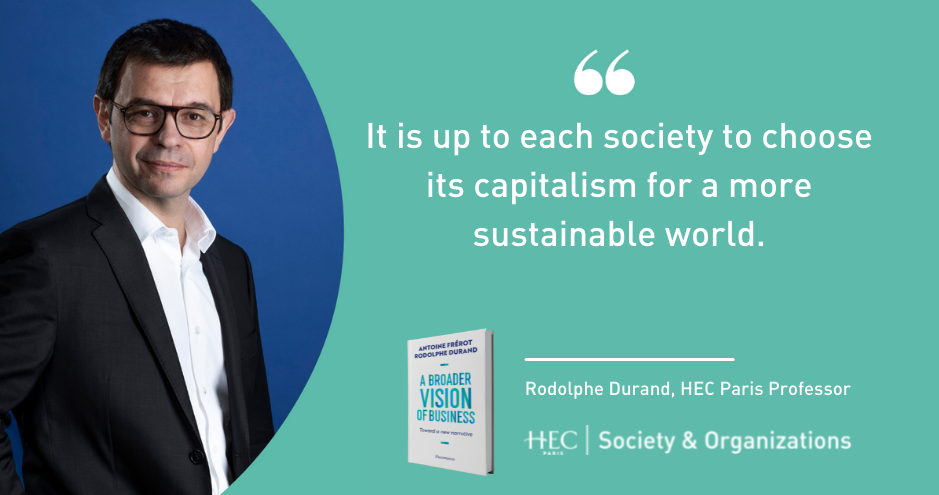 Should one hark back to the Old English word “bisignes”, born in Northumbria, UK, the first definition that pops up is “care, anxiety, occupation”, from bisig,  which means “careful, anxious, busy”. This became obsolete, replaced by the more modern version in the 17th century, when it implied a sense of “trade, commercial engagements, mercantile pursuits collectively.”

But has the initial definition made an unfortunate comeback? The criticism leveled at business in the past two decades might indicate so. “Business as an activity has been covered in opprobrium for having contributed to the problems bedeviling our planet,” explain the co-authors of “A Broader Vision of Business”. So, the two decided to rectify the avalanche of misconceptions by pooling their long experience in their respective fields. This led to an ambitious work which seeks solutions that go beyond the current crisis. In their 240-page essay, ”A Broader Vision of Business,” they delve into the reasons behind such contemporary misunderstandings between business and society. And they suggest ways to overcome them.

Rodolphe Durand is the Academic Director of the Society & Organizations Institute (S&O) at HEC Paris and Antoine Frérot is the CEO of Veolia. In a long exchange, Professor Durand returns to the core lessons retained from the successive crises of these past years.

Rodolphe Durand, you have clearly defined your objectives right from the start of this book: to rehabilitate company businesses - which you say have been badly treated for several years - by reinventing them. How did you proceed with Antoine Frérot in drawing up the company of the future?

Indeed, we sought to rehabilitate the company by drawing on our respective visions: on the one side, a CEO of a multinational firm in the environmental sector and, on the other, a professor, engaged for 20 years in understanding the role of the enterprise and what it can contribute to answering the major societal challenges of today.

Antoine Frérot and I agree that it’s not because some large companies contribute to our problems that you have to reject all companies and what they can bring. So, we decided to draft a new story, which distances itself both from the financial version of company management, the “shareholder value maximization” and the “stakeholder theory”. Since the Eighties, the latter has suggested alternatives to the former, but they have been unable to be put in practice. And, for us, there is a third way, different and full of hope.

The concept of the company is two centuries old. What are the key elements you are calling to change in what you have called a turning point?

One often reads that the 2008-2020 period was decisive. It does indeed mark the end of the hegemony of the “shareholder value maximization”, which, in truth, drew from a theory born in the 1960-1970 period. These years were also marked by the IPCC report and a growing awareness that the way company performance was being calculated had shortcomings since, for instance, the costs of natural resource extraction and those of gas emission are not taken as inputs in the profit calculations. Add to this the way the GDP is determined which marginalizes the future wellbeing of citizens. All these factors push us to re-evaluate the very definition of a company and the determinants of its activities, from performance accounting to competition.

The company is not a judicial definition. Since the 2010s, people - and, to begin with jurists - question the very principle stating that a firm belongs to its shareholders and its shareholders alone, that they control a company’s conduct entirely and that they alone pocket the company profits… This coincides with a strong demand to redefine what a company is, what the roles of shareholders and Board of Directors are. Shareholders might be the owners of shares in a judicial structure which is called an enterprise, but they are not the owners of all the enterprise’s assets.

This little sidestep opens up several opportunities. A company can take the initiative of defining its purpose, it can even become a purpose-based business. On top of its profit-margin objective, it can add other objectives such as social and/or environmental impacts.

Yes, disconcerting because it questions the agency theory, the maximization of return on investment, the alliance between judicial structures of companies which can localize assets in one place, then put the cash flows and revenues in another. This is what we observe with the GAFA companies: the financial flows are taxed at a low level in one country when they are generated in another. It’s quite disconcerting since this behavior is now being questioned. The same can be said for the “shareholder value maximization” classes that business school professors have been teaching for the past half-century, incidentally.

This evolution is also exhilarating because we can rebuild the very definition of what a company is - as if we were playing with a Lego set. We redefine the role of a leader, we question the role of the shareholder. Do they all have the same rights?. And we ask what performance is: what if actualization rates were growing with time instead of diminishing, for instance? In other words, what if the future value of business was worth more tomorrow than today? All this leads to some fascinating reassessments.

You bring up the impact of the shareholder system on teaching practices in business schools. The Friedmannian doxa has seduced a good number of professors teaching management, company strategy and finance who, you write “have all been educated with this philosophy”.  In the future, what role will they be able to play in building the company of the future?

They have a crucial role. To begin with, I regret that students entering business schools don’t already have theoretical notions on organizations, a century-old discipline. Students are therefore not aware of different economic functions despite the fact that several researchers have written about organization, legitimacy and their dysfunctional developments…

Our job is to reflect, to design and to theorize on the behavior of these organizations and companies. As with all disciplines, there is competition to present the best way to design and represent behavior of companies on the markets.

Over the past 50 years, one theory dominated because it was mathematical, simple and predictive in terms of the phenomenon under scrutiny. So it spread, thanks to its efficacy. It was called the “Chicago school” or “Friedmannian model”.  Nowadays, it must be amended because the balance between the benefits of using this simplified theory of the firm are thwarted by the negative impacts of a company’s behavior, in terms of the environment that this theory does not integrate: carbon emissions, pollution, all the costs which are borne by public financing. Societal impact, provoked by certain economic sectors, is not taken into account. We see this with the extractive, transport and energy industries…

Therefore, this model has to be rethought, hypotheses have to be added, new theories need to be invented. And to do this, we have to think again about the stakeholders, the engaged parties, be they shareholders or not. And all this starts at school! 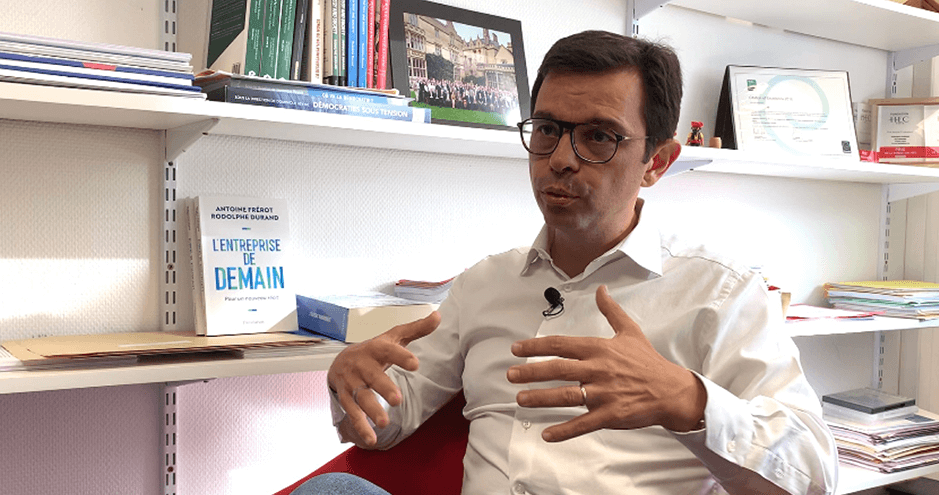 Your book deconstructs the company, from its birth to its affirmation. It then suggests a complete reconstruction around three dimensions: philosophical (purpose), economic (redefining competition, working out a better division of profits) and political (for example by backing a European project). How would you define this new architecture?

(Laughs) That’s a whole electoral program you’re asking me to share! This story is built around different stages. The first stage is judicial, even philosophical. It’s linked to the purpose of a company which we’ve just discussed. Then, there is the economic stage, centered on the questioning of profit, to which we add supplementary dimensions linked to competition and anti-trust regulation. And, finally, there is the more political stage, with a pan-European project. We wish to work on a redefinition of commercial business, and a study of the concept of competition. We are convinced that these different dimensions must be tackled face on and simultaneously.

The role of a business school in this reflection is to contribute to making this story emerge by formalizing it, expanding it and opening it out to adequate research projects on the environmental and societal impact. This will allow decision-makers to have an informed and predictive vision. It will also better integrate the new regulatory obligations which will inevitably be imposed on companies. 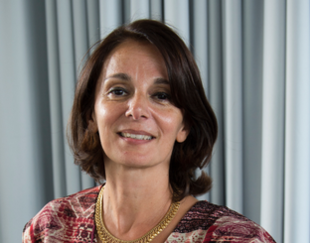 HEC Professor of Law Nicole Stolowy has been appointed to contribute to the World Justice Project’s Rule of Law Index 2023 as an international expert of justice, in order to advance the rule of law... 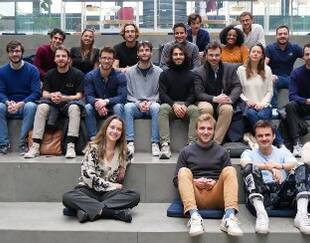 With new startups joining the Incubateur HEC Paris comes even more acceleration potential! This month, 12 startups have joined our flagship program at Station F with the hope of making both their... 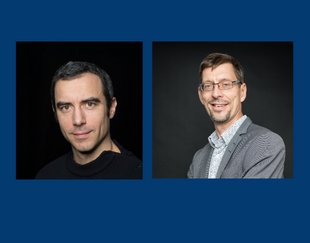 Research on Equity Crowdfunding Accepted in the RAND Journal of Economics

HEC Paris Professor of Finance Stefano Lovo has had his research paper “Herding in Equity Crowdfunding” accepted for publication in the RAND Journal of Economics, the leading journal in industrial...
Share
FACEBOOK
TWITTER
LINKEDIN
EMAIL