For only the second time in its 11-year-history, HEC’s S&O Center hosted the annual Medici Summer School in Management Studies. The weeklong event, co-organized with MIT and the Bologna Business School, is designed for doctoral students and young researchers. 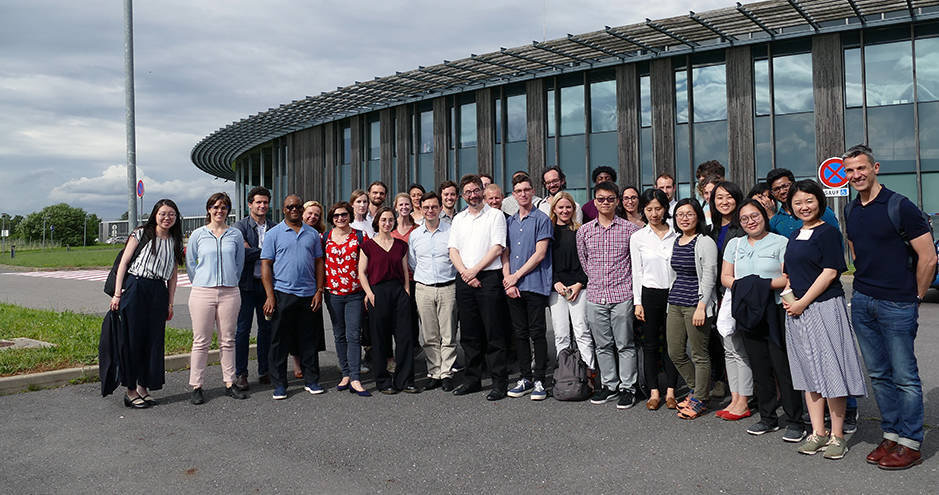 From its outset in 2009, the Medici Summer School has been devoted to the promotion of doctoral research in organization theory and related fields such as economic sociology and strategy. As such, it advocates a multi-disciplinary fertilization “across North American and European traditions”.

For its 11th edition, the summer school brought together up-and-coming researchers focused on organizations and institutions that serve as vehicles for the commercialization of culture or of science. These two disciplines share a tension with markets and organizations. “Rare is the scientist or cultural producer who declares that they are motivated by profit,” explain the Summer School organizers. “And yet especially in today’s world, where the commercialization of scientific discovery is widely thought to be of critical importance; and where more are pursuing careers in art worlds than ever before, such organizations and institutions have a crucial role to play.”

Thank you to all the #Phd Students & Professors coming from all around the world for this intensive and enlightening week! thank you for your energy and engagement! Wishing you all the best in your #research #medicisummerschool w/ @MITSloan @BolognaBSchool https://t.co/COj8INQVzJ pic.twitter.com/roSOifignh

Co-founder and Medici Summer School organizer Professor Rodolphe Durand described the positive impact the weeklong events have had in the past decade: “From the start, we wanted to emulate the spirit of Medici and the Renaissance period, gathering great brains in the same room to try to re-invent some of the crucial issues our societies face. Each time, we picked a different research topic linked to organizational sociology, organizational theory, economics, and more. We also mixed these classroom discussions with at least one real-life experience, a visit to a laboratory or landmarks in the region.”

.@rudyOrg #HECprof "the Objective of the #medicisummerschool is to go back to the #renaissance spirit with goodwill & good spririt to reflect on the the big topics of our society. Intellectual exchange crossing ocean, mixing thinking approaches" pic.twitter.com/vOQrvORhOc

Coupled with this, Durand and his partners sought to go beyond the topics under debate. “We really wanted to explore what the profession is all about. We therefore invited the top specialists in each field to join the PhD students to discover how they crafted some of their outstanding work, as well as the challenges they had in researching and in trying to convey ideas.”

Indeed, for five days, the 25 PhD students at the 2019 edition listened to, and debated with, top academics in the field, all keen on sharing new relationships and logics of organizing “while also having a positive impact.” One day discussed successful entrepreneurs in the science and culture fields. Another explored the social benefits of academic entrepreneurship. Associate Professor of Strategy at HEC Denisa Mindruta led the third day around the distinctive nature of academic entrepreneurship. “I had an excellent exchange of ideas with the students,” she said after the five-hour session. “We discussed two types of research in this field: one approach is phenomenon driven: it requires digging deeper to understand the empirical patterns revealed in the data; the other is theory driven: the empirical context serves to test existing theory or build a new theory.”

Mindruta described to the participants the deep changes universities have undergone over time: “We have seen a profound transformation of universities as they become more involved in the commercialization of science. They are now called entrepreneurial universities which is perceived, at least by some, in contradiction with the initial mission to provide research and education.”

The doctoral students hailed from several European and American faculties and presented pinpoint research in intensive sessions. They ranged from the work by Kai Beker (Amsterdam University) on measuring the effectiveness of academic incubators and accelerators in supporting nascent startups; to the explorations by Carolyn Fu (MIT Sloan School of Management) on how organizations engage in innovation beyond the boundary of the firm (through open innovation, imitating other firms in their ecosystem etc.).  “This has been a landmark week for me,” said Malcolm Muhammad (College of Business, University of Louisville). The second year doctoral student is focusing his work on entrepreneurial communities, entrepreneurial learning, and idea generation and innovation. “It’s been fascinating to exchange with students and professors from both sides of the Atlantic. There are very different mindsets here in Europe and I found it refreshing to expose my ideas for feedback at this early stage of my PhD.”

"I want you, as young and brilliant #PhD to be more reflective and intentional on how to produce scholarly work that has some implications for the real world" Prof. @ewzucker Deputy Dean @MITSloan at #medicisummerschool by @HECParisSnO cc @rudyOrg @PirateOrg @HECParisPhD pic.twitter.com/TRxzYu2Xem

Carolyn Fu’s doctoral supervisor is Ezra Zuckerman Sivan, the MIT Deputy Dean and economic sociologist, specialized in fundamental social processes. Zuckerman has been involved in the Medici summer school since its inception and has joined the organizing team since 2015. “We’re seeking to help young scholars develop skills as social scientists. This year’s theme on the commercialization of science and culture touches on a key point, which I alluded to in my own presentation here: every academic is basically an entrepreneur; in the business of making a living based on the science (s)he produces. Each act of academic communications involves sales and marketing. This week was helpful in getting the students into that frame of mind. And then make them think of non-academics as they commercialize science, and the challenges they face in doing so.”

Gary Alan Fine has been a sociologist, social psychologist and folklorist for the better part of a half-century. The veteran academic from Northwestern University gave a brilliantly clear presentation on group action and culture in organizational and social life, drawing from decades of on-the-ground research in fields as diverse as understanding reputations of controversial historical figures, or the development of status systems and reputation markets. “I’m not one of your tribe,” he began modestly. “But there are clearly strong overlaps in understanding the interaction between culture and social structures. Understanding this interaction at institutional and state levels is the heart and soul of sociology. When I set out 45 years ago, however, interaction was marginal and structural sociology was the mainstream. Culture, meanwhile, was the reserve of anthropologists. Luckily, as a folklorist, culture came naturally to me.”

Connections for the Future

“At this summer school, it was important for me to encourage students to focus on the BIG question that motivates them,” said Fine after his 90-minute presentation. “What will constitute their interests over the course of their academic life? My own approach to the social sciences was forged around 1974 in graduate school, when I decided it was essential to look at the intersection of structure, culture and interaction.” Fine built his research around a strong belief in interdisciplinarity, “breaking out of one’s shell,” as he calls it. “But,” he cautioned, “it mustn’t be wildly interdisciplinary, you can’t lose your central focus.”

The author of Tiny Publics was marked by his experience at the Medici Summer School. “It is both inspiring and somewhat frightening. Some amongst these 25 students will be leaders in their field. These people who are poised for success and represent a range of cultures, disciplines and backgrounds. But all of them have this commitment to ideas.  Having them get to know each other at this early stage provides them with connections which will last decades.”