Sowing the Seeds to Entrepreneurial Success

A record number of participants enjoyed the 2019 Seed Entrepreneurship Summit on April 30 this year focusing on “investing in good”. The second edition at Station F “was bigger, broader and younger,” according to its organizers. It featured debates, innovation and startup awards and keynote exchanges with Alexandre Mars and Tigrane Seydoux. 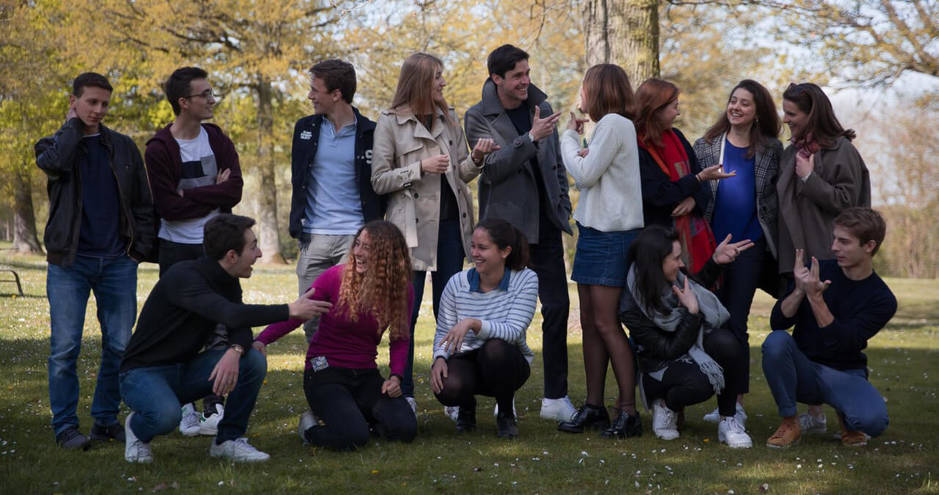 The 24-strong Seed organizing team clearly had “scaling-up” as their keyword for the fifth Seed summit, the second-ever held in Paris’ Station F startup campus. Building on last year’s success, Dorian Dufour-Vorfeld and his team opened the event to any student “with a kernel of an idea for a startup.” They made Seed accessible for both those just arriving at HEC this year and to the more seasoned MBA students, inviting them to test their initiatives in front of a boisterous and keen audience made up of professionals, fellow-students, Alumni and observers. There was also a desire to diversify the composition of leading startups from the Station F’s French Tech, many of which set up shop at the Startup Corner. In some ways, it reflected the very composition of the organizing team: “We were a very international group with 11 nationalities in all,” said Perrine Cambier, freshly back from UCL. “Sixty percent of us were women, and we all featured a rich variety of backgrounds.”

The quality of the programming and keynote speakers attracted over 550 people, some from as far away as EM Lyon, Bahrein, Afghanistan. The latter, communications professional Ahmad Farhad, was curious to see the entrepreneurship spirit that has developed in France. “I was impressed by the pitches and the quality of exchange between the students here. Whilst my own interests are more in capacity building projects and technical assistance, I found there was clearly an overlap here between the business and development spheres.” 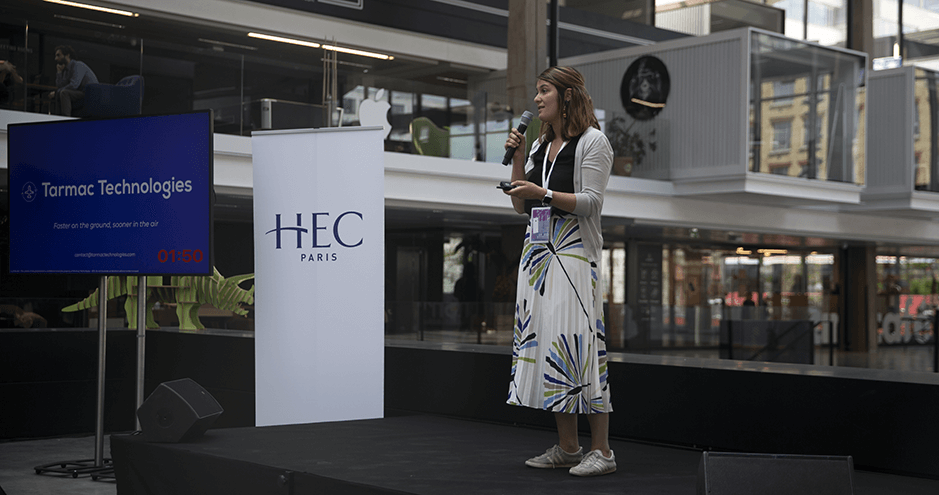 This was reflected in the pitch competitions which saw over a dozen student teams vie for the €5,000 prize money and a nomination for the Blue Ocean Awards. Composed of students from HEC, Polytechnique, Centrale Nantes, ESCP, and more, the nascent startups proposed ambitious and sometimes surprising solutions to major issues of our times. Toutes mes Aides seeks to empower people searching for their social benefits and subsidies. R-Pur has nine students devoted to an antipollution mask designed to save the lungs of the populations in the world’s major metropolises. The finalists in the Hult Prize Award, Proteen, described their solutions for transforming human waste into valuable chicken feed. And there was NomadHer, a project devoted to empowering women through travelling.

Yet, it was the dynamic team behind Tarmac Technologies which best seduced the jury with their proposals to reduce costly aircraft turnarounds at commercial airports. The winning team of Anthoine Dusselier and Maud Payan (both of X-HEC Entrepreneurs) described their aim to have contracts by 2020 which will reduce by 10% the delays in ground operations. “Faster on the ground, sooner in the air is our motto,” they concluded in a slick and dynamic two-minute presentation.

The quality of the pitches seems to mirror a recently-found dynamism in France’s entrepreneurship sector. “We are a long way away from the days when George W. Bush allegedly mocked us by saying the French didn’t even have a word for ‘entrepreneur’,” said the serial-entrepreneur Christophe Raynaud during the opening panel, “Choosing investments: shall we invest in good?” (Ed: This turns out to be a misleading accusation, according to the media watchdog Snopes.) “We were dismissed as the last Communist country on earth, with social issues and incompatibility with the U.S. But this has all changed in the past five-six years. We’ve learnt how to scale up operations and we are very compatible with the American startup ecosystem. Nowadays, France is a hot scene to grow in. There used to be one French candidate to be a unicorn a year. Well, there were 38 in 2018!”

The serial entrepreneur & philanthropist, Alexandre Mars, was equally emphatic about France’s quantum-leap in this sector. “As a student at HEC 20 years ago, I remember that no one wanted to be an entrepreneur. Hands up who wants to be one nowadays?” he asked the full-house at Seed, many of whom had come to hear the entrepreneur who, through his venture firm blisce/, has invested in Spotify, Pinterest and Blablacar. There was a strong show of hands. “And who wants to be a social entrepreneur? (A similar number put up their hands). Well, this reflects the revolution we’ve seen in the past two decades,” he said, echoing the title of his 2018 book "Giving: Purpose is the new currency"/ (La Révolution du Partage). “Gone are the days where my generation looked up at Uncle Scrooges. Nowadays, we look down at them, we seek citizen-driven horizontal enterprises, not vertical ones. That is why I decided to found Epic, a non-profit startup devoted to changing the lives of disadvantaged people aged 0 to 25. I won’t hide from you that I’m on a mission, a social drive I want you to join.” 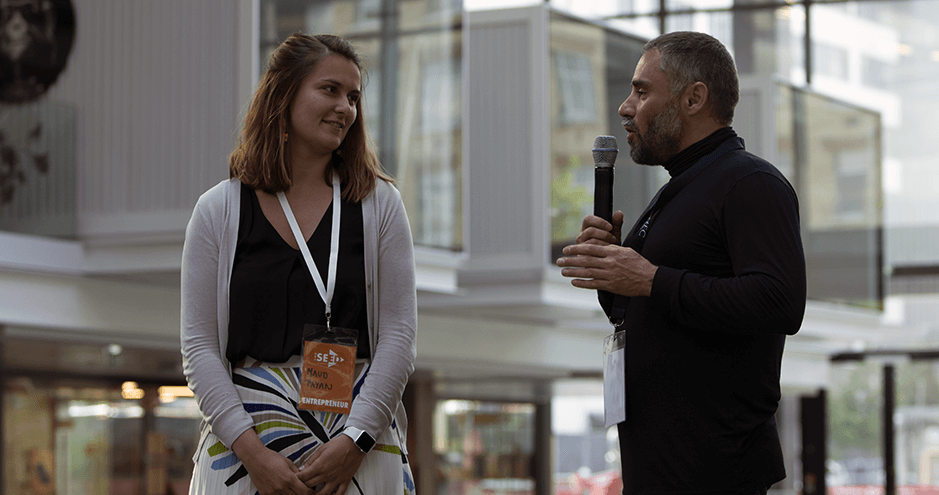 Mars lauded the success of another HEC graduate who was invited to share his entrepreunarial insights, Tigrane Seydoux. The co-founder of Big Mamma was praised for his combination of business acumen and philanthropy. When the HEC 2008 graduate was asked what has most changed since his firm’s ascension, he underlined the change in mentality in the student population. “There is a strong desire to make an impact on the world, to change it. Those who want to do it through startups and entrepreneurships in France are no longer seen as UFOs like we were.”

Seydoux’ Big Mamma chain of restaurants has successfully expanded to London these past months, countering fears that Brexit could undermine their venture. “It’s been a childhood dream of mine and has done so well that we’re opening a second. Everyone advised us against it but you need a certain degree of belief and naivety to succeed in this world.” After their talks, Seydoux and Mars informally exchanged with the aspiring startuppers and students, avid to glean further clues behind their respective successes. The enthusiasm of the two entrepreneurs reflected well on an event Dorian Dufour-Vorfeld deemed one of the most successful he has enjoyed since he arrived at HEC.