HEC Talks with Hubert Joly: “All of us Are on a Journey to Become Better Leaders”

Speaking to over 100 people at the Blondeau amphitheater, ‘joined’ by a large Internet audience, Hubert Joly (H81) revealed more of the secrets behind his business successes. These have been widely disseminated in his 2021 bestseller The Heart of Business: Leadership Principles for the Next Era of Capitalism. The publication has been translated in over a dozen languages, the latest of which was published in a French version on January 25. That was the exact same day he exchanged with mainly HEC EMBA students. 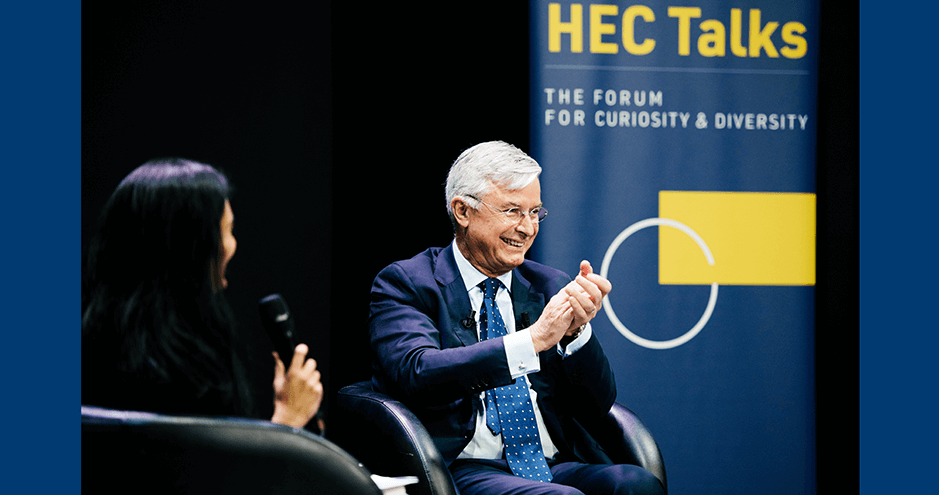 ‘Retirement’ is treating Hubert Joly well. The former chairperson and CEO of Best Buy has assumed the mantle of author and senior lecturer at Harvard Business School with characteristic aplomb. Joly’s 266-page “call for action” - in which he puts employees and purpose “at the heart of business” - has consolidated his reputation as one of the world’s top management thinkers, as recognized by Thinkers50. The book follows hard on the heels of a mercurial business career which ended formally in June 2020 when he resigned as Executive Chairperson at Best Buy. As Rodolphe Durand, Academic Director of the Society and Organizations Institute, explained in his opening remarks, the 62-year-old has been recognized as one of the top 30 CEOs in the world by Barron’s. “Not only has he turned Best Buy from a dying company to an industry leader,” said the holder of the Joly Family Purposeful Leadership Chair, “but he has also made it rated one of the best places to work for in the US.”

Tuesday’s exchange has not been Joly’s first postgraduate involvement with HEC Paris. In September 2018, he signed in a historic personal endowment to the school to support research into purposeful leadership. In May 2020, the Nancy-born academic shared with Rodolphe Durand his long-term vision of reinventing capitalism.

Shortly before his 75-minute exchange with the live and online audiences, Hubert Joly reflected with HEC Newsroom on the latest chapter of his 40-year career.

Were you expecting such a strong response to your book – over 60,000 copies sold in eight months, translations into 15 languages - and rising?

I was hoping for a good audience, I admit. But this! Translations into Mongolian, Georgian, Chinese, Brazilian …Who would have thought? Of course, you just never know what can happen with these things, you don't control success.

I wrote The Heart of Business for all leaders – each and every one of us is a leader, a leader of our own lives. The book is for a leader who is keen to move in the direction of making business a force for good. The act of writing is part of our fulfilment and a quest for meaning.

The world now understands that business is not just about profit, businesses can be a force for good. Okay, but we also know that this path is hard. Because it requires us to be clear about our purpose. It requires us to rethink business around the pursuit of a noble purpose, putting people at the center, embracing all stakeholders in a declaration of interdependence. In other words, we need to treat profit as an outcome.

This requires us, as leaders, to no longer be the smartest person in the room, but somebody who is there to create the right kind of environment for everybody in the company to be the biggest, best, most beautiful version of themselves in support of the company's mission. Yes, it's hard work, but hopefully this book can help us along the way.

One aspect you explore is what you call “the tyranny of shareholder values”. How do you go beyond that tyranny?

Well, you do this by realizing that profits might be an imperative - of course, you need to make money - but they’re also an outcome. So it's not only by working that you acquire profit, it’s by making sure you have the right team who can keep the customers happy. This is what results in great profits. Profit is a consequence but it's not the ultimate goal of business. I firmly believe - and that's the thesis of the book - that business is about pursuing a noble purpose. Very concretely, if I had told employees in 2012, when I became CEO of Best Buy: “It's going to be very exciting, we're going to double the profits,” I don't think people would have been inspired. And I don't think we would have had the share price go up from $11.00 to $110. It's not by focusing on the profits that you actually maximize.

One thing that you're very honest about is the importance of coaching for everyone, from top to bottom. It seems almost like a foundation rock for you. And yet, you say it’s a taboo subject, a bit like admitting that one goes to see a psychiatrist or a psychologist. In both cases, people think: “Oh no, no, you must be weak in some ways!” What for you has been the most important element of coaching and how do you think leaders can benefit?

Well, there is a paradox here. If you take a sport like tennis, exactly 100% of the top 100 tennis players in the world have a coach. In fact, they have multiple coaches: there is a technical coach, probably a culinary coach, a mental coach. The best athletes know they need help. And knowing that you need help is a sign of strength. Why would it be different for us business leaders? Who says needing help is a sign of weakness? That’s just crazy. I've had a coach continuously since 2009. Initially, yes, I was actually skeptical about coaching. At the time, I believed hiring a coach is a remedial solution for somebody who has problems. And then I ran into Marshall Goldsmith, the father of all executive coaches who specializes in helping successful leaders improve. That's a great mindset! Who cannot get better? Ask your friends if there's nothing that they can get better at? If one of them tells you: “No there’s nothing I can get better at”, tell them: “How about trying humility as something to work on?”

Marshall has this wonderful concept, that of “Feedforward”. There’s “feedback”, I cannot change the past but “feedforward”? Looking ahead, what are the things that I'd like to get better at, list them and then ask for advice...

What did Marshall make you better at?

He helped me embrace feedback. He helped me understand that my role as a leader was not to be the smartest person in the room, but to create an environment in which others could be successful. That was a huge mind shift. 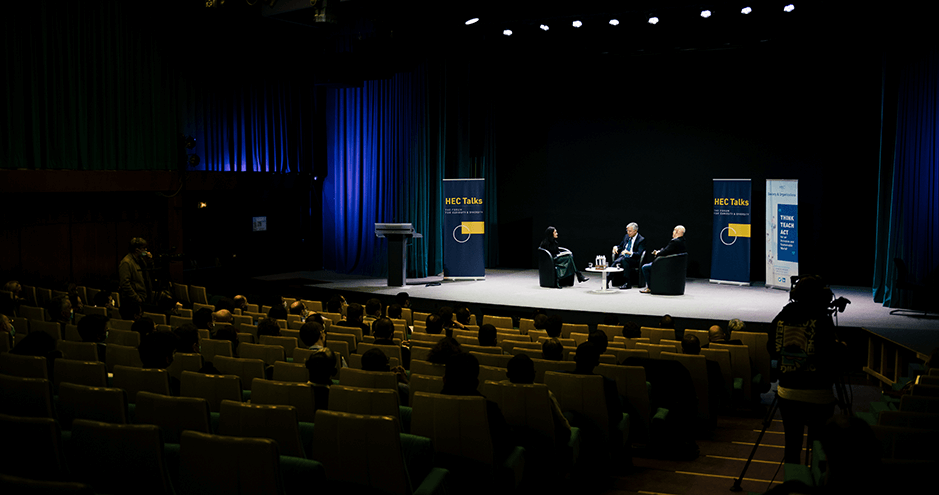 Just one last question: since it was published last May, your book has received a lot of praise from an impressive range of global leaders, from Jeff Bezos to Aicha Evans. How close do you think they are to your style of leadership and what could they learn from this book?

Most leaders I know are convinced that business is a force for good, taking care of employees, taking care of all stakeholders… that's the right direction. And I think this is the same for the overwhelming majority of leaders. At the same time, I think all of us are on a journey to become better at this. Because so much of it is new. So I see amazing leaders and I look up to them. Satya Nadella, John Donahoe, and Aisha Evans, they all inspire me based on their journey. So all of us are fellow travelers on a journey towards becoming better leaders.