Bruno Biais, professor of finance at HEC Paris, was granted an Honoris Causa Doctorate by the University of Zurich, recognizing his fundamental contributions to Finance and Economics. 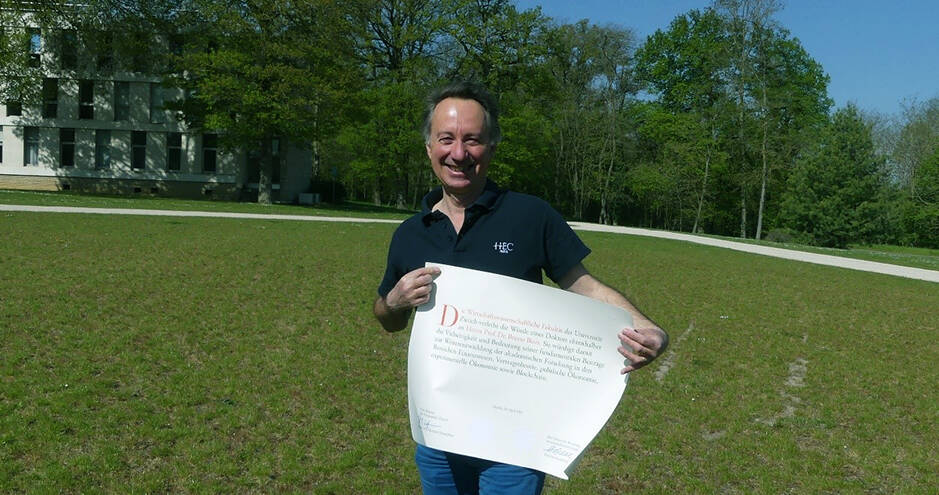 “The economics faculty of the University of Zurich is happy to grant an honoris causa doctorate to Bruno Biais. The University thus recognizes the breadth and depth of Bruno Biais’ fundamental contributions to Finance, Contract Theory, Political Economy, Experimental Economy and Blockchain Economics.”

The University of Zurich is one of the leading research universities in Europe and is ranked 15th in Europe in the Shanghai ranking. It is also the largest university in Switzerland, offering the widest range of degree programs in the country.

Bruno Biais earned his Ph.D. doctorate in finance at HEC Paris. He was awarded the Paris Bourse dissertation award and the CNRS bronze medal. He taught at the Toulouse School of Economics, Carnegie Mellon, Oxford University, and London School of Economics. His research focuses on Contract Theory, Political Economy, Experimental Economy and Blockchain Economics. In 2020, his ongoing research, "Welfare, Incentives, Dynamics, and Equilibrium", was awarded an Advanced Grant from the European Research Council. Professor Biais is also currently examining the conditions for fostering green investment, with HEC Paris Professor Augustin Landier.

Learn more about the research conducted by the faculty of HEC Paris on Knowledge@HEC.