For the second time in a year, HEC Paris hosts Earth Week, a student-driven event designed both to promote social and environmental initiatives; and to debate over programs for sustainable development and ecologically-friendly businesses. Despite the challenges of this second lockdown, the ESP’R student association is organizing 19 virtual events over 12 days, starting on November 18.

“Get ready to lighten your second lockdown with some good and green vibes!” With those words, ESP’R has reached out to the entire HEC community, inviting students and staff alike to join a diversity of workshops, conferences and roundtables. Earth Week II kickstarts on November 18 with a conference by award-winning astrophysicist Aurélien Barrau. It culminates on November 29 by inviting Nobel laureate Muhammad Yunus to share his vast experience of social business. In between, the 55-strong ESP’R student association has organized 17 workshops, talks and debates. These include a veggie cooking lesson; an exchange with Barbara Pompili, current Minister of Ecological Transition (described by Politico as “one of the most dangerous jobs in French politics”); an exciting surprise guest on November 27; and a workshop on Climate and Finance, co-hosted by S&O Institute and Saïd Business School. Nine months after the first-ever Earth Week, we talk to ESP’R president Louis Fidel (H23) on the eve of the opening conference.

How would you say Earth Week II compares with the inaugural event back in February? 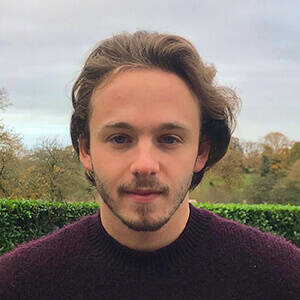 Louis Fidel: Obviously, the current lockdown has changed our modus operandi. To be honest, the challenges of making this a 100% remote event over nine days made us hesitate a bit. But with the phenomenal development of Zoom and the students’ ability to acclimatize themselves to remote teaching, we decided to maintain Earth Week. It was the right thing to do. We became aware at how new students are thirsting for such events. The 30 first year L3 students who joined us in September are very, very motivated. They are calling out for events to fill the void that the lockdown has imposed. This is an ideal association for integration and exchange, and they invested enormously in the preparation for this event.

Secondly, we have reached out like never before to other HEC Paris silos, including staff and professors. Until now, ESP’R has been dominated by Grande Ecole students. We invited students from the MBA, MSc Sustainability & Social Innovation (SASI), Masters, as well as academics and HEC Paris employees, to share our concerns over social economy and sustainability on campus… and beyond! There were great exchanges with S&O Institute and François Collin, who is Director of the new Climate and Environmental Sustainability program. So, this event is really for everyone and it allows us to broaden our visibility.

What of the program itself?

The first Earth Week focused on four themes. This one has 19! Each session has its own focus and it can be quite broad: we have a workshop on sustainable fashion, another on measuring impact, there’s an exchange with SASI students to better understand their Master, we have a debate on the pros and cons of 5G, we’ve programmed a digital collage workshop; and so on. This is another way we hope to reach out, there should be something for everyone, small events on specific themes.

Earth Week is ESP’R’s main event this year and you’re aiming at programming it every semester. But the final conference is a pointer to another important event, The Rise…

Yes, Muhammad Yunus is going to share with us his vast experience in the context of this annual drive to raise money for micro-businesses in developing nations. Last time round, we managed to raise almost €41,000 for the micro-entrepreneurs attached to the Babyloan program. We weren’t alone, of course, we joined students from eight other French campuses. This time round, we will start off our fundraising campaign on December 1. And who better than Professor Yunus to launch it, with his vast experience of social business devoted to disadvantaged members of society? However, it’s going to be a real challenge to match last year’s effort since our fundraising drive will only be digital and inevitably loses the human touch.

What personally has pushed you, Louis Fidel, to become so involved in ESP’R and its programs?

To be frank, I really wanted to prove that HEC Paris is not just about business, consulting and finance. My year as president of this association has underlined for me how ESP’R helps create new paths for students who are not interested in more traditional careers. And there has been such a development in the conscience of our generation! Every day, we receive offers for internships in companies devoted to social and solidarity-based economies (ESS). Our goal is to synthesize these offers and invite more students in.

We have plenty of other projects percolating: we are preparing a sustainable innovation workshop for next February when, hopefully, we will all be returning to the campus. We are also creating a grocery shop that sells locally-produced health, organic and natural food. This will leave the smallest possible footprint with little packaging and plenty of recycling. Finally, we are seeking to professionalize our association. For this, we have set up a partnership with the IDEA Center, which has been working with the Ile-de-France ESS Accelerator. So, there is plenty of exciting work ahead before the next Earth Week, which we hope will take place in March or April, 2021. 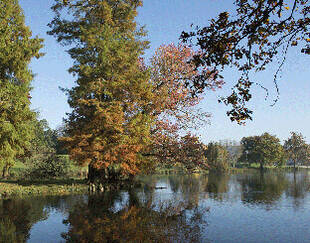 Faced with the climate emergency, it is the responsibility of business schools to include environmental challenges and the protection of biodiversity in their curriculums. Last July, HEC Paris was ranked...

In the second of a series of online seminars, HEC Paris invited Nobel laureate Muhammad Yunus for an hour-long exchange on bouncing back after the COVID-19 health crisis. Led by Bénédicte Faivre-Tavignot... 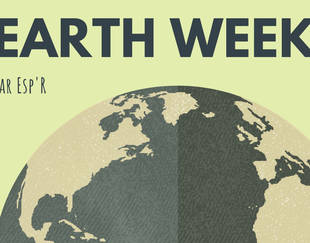 HEC EarthWeek: One week to rethink your environmental impact

In February 2020, the HEC Paris campus welcomed a week-long event on the topics of sustainable innovation and responsible business, organized by the student association Esp’R. The 1,500 students living on...
Share
FACEBOOK
TWITTER
LINKEDIN
EMAIL