Annual Reports: Why it's Helpful to Publish Them in English

Hervé Stolowy and his co-authors look at the impact for companies based in non-English speaking countries of the publication of their annual reports in English. The researchers find that there are positive consequences for businesses that adopt this approach: increased foreign ownership and following by financial analysts, together with a decrease in information asymmetry. 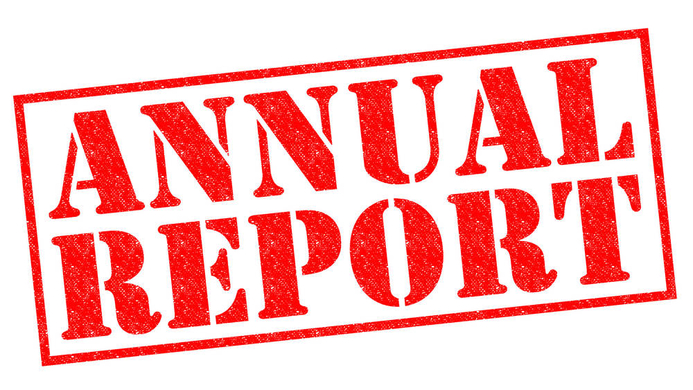 Hervé Stolowy has been interested for many years in companies in non-English-speaking countries that elect to publish their annual reports in English in addition to their local language. “In an earlier article,” points out Stolowy, “we conducted a study to explain why companies chose this option1.  We showed that the decision was influenced not just by the internationalization of a company, but also by language barriers (the distance between the language spoken in the country of origin and English, given that there are measurement indices), corporate governance (the company's ownership structure) and its financing requirements.” Stolowy continues, “In a second phase, we wanted to understand the impact this decision has on companies.”

The first study on language as an external financial reporting tool

The forthcoming article earned Stolowy and his co-authors the 2013 American Accounting Association best paper award at the International Accounting Section Midyear Meeting. The article investigates the consequences of a company publishing its annual report in English on foreign ownership, the level of information asymmetry (when one party possesses important information not held by another), and following by financial analysts. “The research is useful for anyone who is interested in financial reporting,” says Stolowy. “In addition, it represents a step forward in the field of international trade; although there has been some research on language in the past, it has generally focused on the use of language for internal communication within a company or group. We are the first to have taken an interest in language as a tool for external reporting.”

The impact of publishing annual reports in English

The study shows that publishing an annual report in English for the first time results in increased foreign ownership and following by financial analysts, together with a decrease in information asymmetry. For example, foreign ownership over the study period rose from 10.5% to 25.8% for the treatment sample (companies that adopted English), with an increase from 11.8 % to 18.3 % for the control sample. These figures clearly show an increase in both cases but a higher increase for the treatment sample. Stolowy explains: “It may seem obvious to think that if a company wants more foreign owners, it has to publish in English, but not everyone does so. Otherwise we would not have been able to carry out our study!” And, according to Stolowy, there were numerous obstacles that could have prevented the researchers: “Before using propensity score matching (see methodology), which is a very restrictive method that drastically reduced our control sample, we were told that our study was not reliable enough.”

The study shows that publishing an annual report in English for the first time results in increased foreign ownership and following by financial analysts, together with a decrease in information asymmetry.

Stolowy and his co-authors ran robustness checks and additional controls to show that the benefits that they had identified were not linked to the use of IFRS (International Financial Reporting Standards: accounting standards that aim to harmonize the presentation and clarity of financial statements) and other correlated events (the creation of an investor relations service, provision of conference calls, changes in management, and so on). “The great difficulty,” says Stolowy, “was that our findings could have been explained by other factors coinciding with the decision to issue reports in English. For instance, it was said our conclusions might be inaccurate because everybody had switched to IFRS during the period under study. As a result, we carried out our study again in its entirety with two completely different samples (treatment and control) over an earlier, pre-IFRS period (1998 to 2001). Although this required a huge amount of work, it generated similar results, demonstrating that the phenomenon we were investigating was not linked to IFRS. We carried out extremely strict controls overall to prove that our findings were only related to the publication of results in English.”

The study highlights the fact that, when a non-English speaking company publishes its annual report in English, it results in an increase in foreign ownership and following by financial analysts as well as a decrease in information asymmetry. “In more general terms,” says Stolowy, “it demonstrates the importance of non-numerical information in financial reporting, in addition to research carried out on linguistic complexity, tone and readability. Our research also reflects the fact that, above and beyond international accounting harmonization (which is incredibly important), it is useful to understand the role that language barriers play in investor decision-making.”

The research team examined change across two samples: approximately 100 non-English speaking European companies that had recently issued their annual reports in English for the first time, and a hundred others that had not adopted English. The latter group was selected using propensity score matching, a statistical technique that obtains samples with similar, and therefore comparable, characteristics. The researchers then compared the impact on foreign ownership, information asymmetry, and following by financial analysts, using a difference-in-differences approach: if one of the variables in the first “treatment” sample increases by 10%, for example, and by only 8% in the “control” sample, there is a higher increase of 2% in the former.
Based on an interview with Hervé Stolowy, professor in the accounting and management control department at HEC, and the paper “International evidence on the impact of adopting English as an external reporting language” by T. Jeanjean, H. Stolowy, M. Erkens and T. Lombardi Yohn, published in the Journal of International Business Studies.
Related topics:
Accounting
Management Control - Audit
Download & Print
Share
FACEBOOK
TWITTER
LINKEDIN
EMAIL