When negotiating mergers & acquisitions, trust between different parties can make or break deals. An innovative study based on interviews with chief negotiators in the Air France-KLM merger confirms that trust builds cyclically and can be transferred between the three different domains of negotiator relationships (personal, process, and outcome) to increase the chances of successful outcomes. 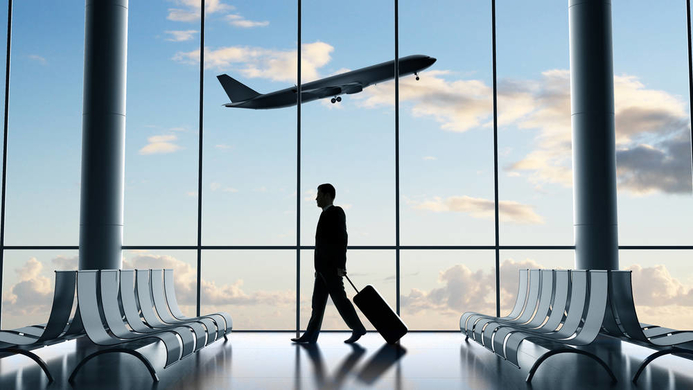 It was at the 1998 World Cup final that the CEOs of KLM, Leo Van Wijk, and Air France, Jean-Cyril Spinetta, discovered their shared passion for sports. Attributing the success of the subsequent merger of two of Europe’s largest airlines to that trivial event would be an oversimplification, but the informal encounter did get relations between the two CEOs off to a flying start, initiating the mutual trust essential to successful mergers.

“The fact that the CEOs hit if off from the start helped them overcome a number of obstacles throughout the process,” says Michel Lander. Trust was particularly crucial in the context of this merger, which was first discussed in the late 1990s, when the sector was more vulnerable than ever due to sudden, stiff competition from low-cost carriers and the loss of national protection due to single-market rules. What’s more, the KLM – Air France deal marks the first time two flagship airlines from different nations ever even considered merging.

In spite of the many challenges, the two companies did not start in a vacuum: they had existing reputations upon which to build trust, especially in terms of their respective national institutional standards. “France and the Netherlands have sound enough institutions that the managers need not worry about any legislative tricks,” says Michel Lander.

On a personal level, the airline industry is also tight-knit enough that the CEOs knew each other and already had strong appreciations for the other’s individual competence and integrity. “Leo Van Wijk says he perceived Jean-Cyril Spinetta as a man who keeps his word,” says Michel Lander. As the CEOs began meeting more frequently, their time together simply strengthened that initial mutual trust. KLM was also in talks with British Airways, and some within the Dutch company perceived them as a better “cultural” fit than Air France.

Jean-Cyril Spinetta told the researchers that any potential breach of trust between himself and Leo Van Wijk was averted through open and honest discussion of the matter, so that he never felt deceived. The growing trust between the two CEOs had a noticeable trickle-down effect, as their positive relations set the tone for second- and third-tier negotiators. “If the CEOs like and trust each other, the next level managers have a feeling they have to make it work,” says Michel Lander. For example, senior Air France executive Dominique Patry recalled exchanging meeting notes with KLM’s Dave Del Canho — a strong signal that increased trust levels. “Behaviors create more durable trust than perceptions,” notes Michel Lander.

If parties have higher trust levels, they are willing to take bigger risks, thereby increasing the chances for successful M&As

Beyond their confirmation that trust builds cyclically, Michel Lander and Linda Kooning highlight their observations of transfers of trust between the three negotiation relationship domains: personal, process and outcome. Trust is sometimes seen as a one-off in which either you trust a person or you don’t, but in fact it is possible to know and trust the same person in some contexts and not others — as a friend or as a colleague, for example.

At the same time, different trust levels in different contexts spill over into each other. As Michel Lander explains, the talks between KLM and the two other airlines, British Airways and Air France, are a case in point.

Up to the very last minute, Air France executives did not know whether KLM would proceed with them or with British Airways – in other words, there was uncertainty, even distrust, regarding the final outcome. But the French side chose to accept this uncertainty because they had faith in the process, which was open and transparent. “The temporary imbalance was compensated by trust in the process,” says Michel Lander.

Meanwhile, the CEO of British Airways kept postponing the deal with KLM, going two weeks without addressing an issue. Consequently, Leo Van Wijk lost trust in the process and, eventually, by extension also in the outcome, despite a good personal connection with the CEO. In other words, trust in the process is vital: “It is definitely transferable, and it can compensate for more than personal trust can.”

Finally, greater levels of trust make all parties more willing to take greater risks. “With trust, they have a feeling that the leap they are taking is smaller,” says Michel Lander. In the case of KLM, flagship airline carrier and crown jewel of the Dutch economy, selling to Air France was a major leap, not only for the airline but also for the Dutch government.

Despite considering the deal a “merger,” Air France technically bought, or “acquired” KLM, and there was always the risk that the larger entity would ultimately decide to get rid of the KLM brand. But, in the end, trust between the negotiators led to a high risk, high-intensity, yet successful merger, rather than a decision to remain separate entities.“This was achieved thanks to trust,” reiterates Michel Lander.

Trust that was built in all three domains: the pay-off from integrated governance was expected to be high (trust in the outcome) and both parties had faith in the other’s ability to cooperate (trust in the process and personal domains).

Working with my coauthor Deepak Somaya, we tested our theory using a sample of U.S. patent law firms and the scope of patent legal services provided to clients across different technology markets over a period of ten years. Our key questions were: (1) Does the changing scope of needs of existing clients lead to a significant change in the business scope of a focal law firm (which we call &ldquo;client-led diversification&rdquo;)? (2) Do relational assets increase the client-led diversification effect?
Based on “Boarding the Aircraft: Trust Development Amongst Negotiators of a Complex Merger” by Michel Lander and Linda Kooning (Journal of Management Studies, January 2013) and an interview with Michel W. Lander (February 2013).
Related topics:
Mergers and acquisitions (M&A)
Human Resources
Download & Print
Share
FACEBOOK
TWITTER
LINKEDIN
EMAIL