With the exception of a few high-flying lawyers and other such “superstar” entrepreneurs, individuals who switch to self-employment tend to earn less on average than they do as wage-earning employees. They also work longer hours and no longer receive paid leave. Is there a rational explanation as to why so many choose the entrepreneurial path in spite of these disadvantages? Could the lower earnings associated with entrepreneurship be a function of income underreporting? 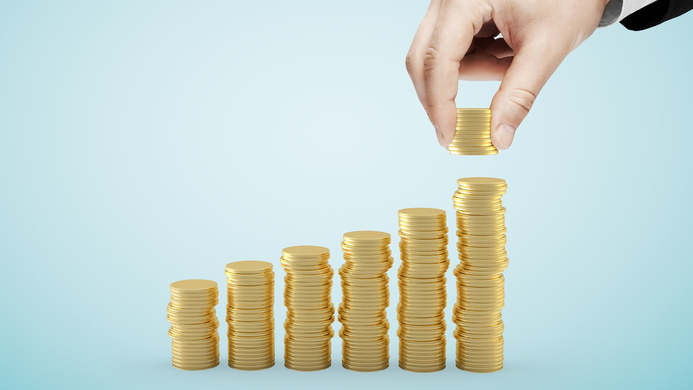 Cubicle-dwellers dreaming of becoming self-employed might want to consider the following sobering facts before quitting their day jobs. On average, entrepreneurs earn 4% to 15% less per year than their wage-earner counterparts, work longer hours, experience higher income risk, and their earnings rise less quickly over time. Only a small fraction of entrepreneurs end up making a lot more money than they did as employees . In other words, for every Richard Branson, there are thousands of restaurant owners, graphic designers, and plumbers slaving away for less than what they would as salaried employees. If a difference in earnings of 4% to 15% per year doesn’t sound like much, as Thomas Astebro points out, “Over a lifetime, it adds up to a substantial amount in terms of foregone earnings.”

Academics were the only segment of the population for which the researcher did not find a significant income discrepancy between salaried employees and independents. He suggests the main reason is the “academic discount,” or downward pressure on university salaries, related to the strong demand for academic positions regardless of pay level. Other than that exceptional case, the puzzle remains: why would any rational individual choose to become an entrepreneur instead of a salaried employee if it were both riskier and less rewarding in financial terms?

As Thomas Astebro and his co-author Jing Chen write in their recent article on the subject, there are many theories competing to solve the riddle of the entrepreneurial choice. “Matching and learning” models, and others based on labor market frictions, look at the entry and exit mechanisms of the entrepreneurial and wage markets. “For example, those with lower abilities get squeezed out of the labor market, and when fired go into entrepreneurship,” says Thomas Astebro. In that case, lower skills would thus explain lower wages. Also, those who have already invested considerable amounts into entrepreneurship may persist even with lower realization in misguided attempts to recover sunk costs. Another potential explanation for the preference for entrepreneurship might simply be the non-financial rewards offered by independent work, such as autonomy, flexibility, and better use of personal skills. Who can argue against pursuing a passion for photography or stand-up comedy, even if it comes at a cost? But is there truly a cost, or might the earnings gap simply be a function of income underreporting?

In surveys, one out of three declines to answer questions about income.

The most potent explanation that Thomas Astebro and his co-author found was income underreporting by entrepreneurs. Indeed, entrepreneurs have many opportunities to work without invoicing, while, in contrast, notes the researcher, “for a wage-earner, it’s nearly impossible.” He points out that tax evasion is a strong motivation to underreport income. It is an established fact that 99.5% of wages and salaries were voluntarily reported to US tax authorities in 1987 versus only 51% of known entrepreneurial earnings. Thomas Astebro believes the incentive to underreport is present even when measuring income for research purposes through surveys rather than by going through tax-filing data. “We speculate that entrepreneurs think we will report them to the tax office,” he says. Furthermore, money is always a sensitive subject. “In surveys you can ask people pretty much anything, are they married, do they have kids, how long do they commute, but one out of three declines to answer questions about income,” he says. If entrepreneurs do earn more than what they report, then the income discrepancy puzzle disappears.

The devil is in the details: food expenditures

To test their hypothesis, Thomas Astebro and his colleague worked from a model that uses food expenditures to indicate levels of income underreporting . Studying more than a decade of data from a major US household panel survey, they found that the self-employed spent significantly more than salaried employees on food. According to the model, the translation in terms of underreported income lifts entrepreneurial average earnings by between 10% and 40%. “If the method is sound, rather than a deficit, there is a premium to entrepreneurship in terms of income,” concludes Thomas Astebro. But he warns that the model rests on the assumption that the self-employed and salaried employees have the same food preferences, an assumption he challenges.

“Entrepreneurs may go to restaurants more often for networking purposes, for meetings, to generate business,” he points out. Indeed, when the analysis is fine-tuned to focus on food consumed at home, the difference between the two populations lessens. One Canadian study thus adjusted found that the earnings discrepancy worked out to an average of CAN $3,000 over one year, which is far less of a discrepancy. But even if the fraction of underreporting is less, and earnings from entrepreneurship are “only” 7% to 30% more, it is still significant. “We have uncovered the most potent explanation, now it’s a matter of finding the correct method,” concludes Thomas Astebro.

Working with my coauthor Deepak Somaya, we tested our theory using a sample of U.S. patent law firms and the scope of patent legal services provided to clients across different technology markets over a period of ten years. Our key questions were: (1) Does the changing scope of needs of existing clients lead to a significant change in the business scope of a focal law firm (which we call “client-led diversification”)? (2) Do relational assets increase the client-led diversification effect?
Based on an interview with Thomas Astebro and the article “The entrepreneurial earnings puzzle: Mismeasurement or real?” co-written by J. Chen (Journal of Business Venturing , 2014, vol. 29, pp. 88-105).
Related topics:
Entrepreneurship and Startups
Download & Print
Share
FACEBOOK
TWITTER
LINKEDIN
EMAIL