Efficacy of Citizen Mobilization for Refugees – from Middle East to Ukraine

As Europe faces postwar records in forced migration from the east and south, ad hoc citizen groups have been sprouting up to ease the hardships of their new homelands. To illustrate this, HEC Assistant Professor David Crevlin publishes a detailed study on the rapid and effective response of German citizens to the unprecedented wave of migrants in 2015. A lesson of integration for all Europe? 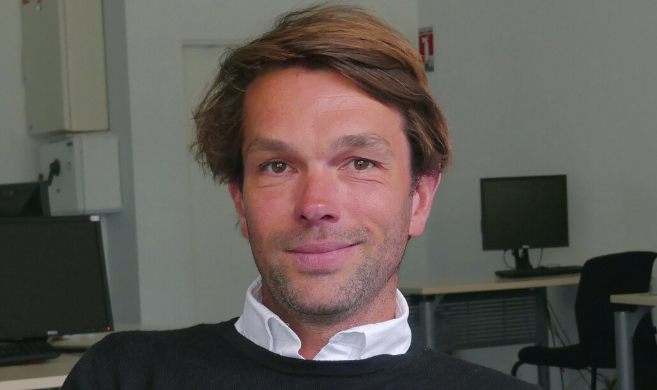 Since the early 2010s, Assistant Professor in HEC’s Department of Accounting & Management Control David Crvelin has been researching successive waves of migration into Europe, the largest such movement of people this continent has known since 1945. His new paper “Commensuration by form: lists and accounting in collective action networks”, co-authored with Lukas Löhlein, professor at WHU Otto Beisheim School of Management, focuses on 2015 Bavaria. According to Die Zeit, an estimated 10% of German adults volunteered to help the 20,000 people crossing their border every day integrate their society.

David, how would you compare the citizen response in 2015, when Germany opened their doors to refugees mainly from the Middle East to the one nowadays, which is answering the Ukrainian crisis?

Well, at the most general level, I would say that both have shown a tremendous capacity to coordinate and organize within Germany’s societal structures, and this phenomenon has really been underestimated. And I also think, under-researched. In Bavaria in 2015, we were so surprised at how private citizens - seemingly coming out of nowhere, with no background in crisis management - were connecting, reaching out to each other, and forming a really professional network that played a major role in addressing the crisis at that time. And we are seeing this happening again (in response to the Ukrainian refugee crisis). This is occurring in different parts in Germany, for example in Berlin and the north. There is a tremendous thrust in civil society, in terms of forming networks and taking an active role in changing society.

Is this specific to Germany, or can we extrapolate this professionalisation of voluntary networks to other parts of the world in the current situation?

Well, when we presented the paper at conferences before it was published, that was the line of questioning we received. In a way, it’s very specific to Germany because you have unique structures, private associations there, and people are in some way already familiar with forming those networks. However, we’ve also studied similar networks outside the territory of Germany and the more work we’ve done on this topic, the more we’re convinced that this might be a general response. To some extent, for example, you could say that the Occupy Wall Street movement and many scattered climate change are protests with a similar infrastructure. There is a lot going on at the moment. These private collective action networks were already present in the United States in the early nineties as part of the so-called eco movement. They were very localized, very contextualized, however. They didn't spread over the boundaries of a specific city, but it's a phenomenon which is older than one may think. In the present-day context of the refugee crisis they’ve broadened out to an extent. But I see this as part of a longer-term trend which, to be frank is still under researched.

How do you explain that it's not been studied by academics much and that it remains underestimated in many ways?

The problem with these networks is that they are really difficult to grasp. As I said earlier, they basically emerged out of nothing. Just consider the Me Too movement where, all of a sudden, it was there, and it was big and it really had an impact on policies. The same can be said about climate change advocates, these Friday for Future protests in Scandinavia and Germany. They seem to have materialized within a day, they are there on the streets and they are really putting pressure on government. So how does a researcher conceptualize it? They pop out of nowhere and then they start to disappear from one day to next, only to be reactivated at different times and spaces so there is a constant shift between latent and active faces. You know, I think that our scientific vocabulary for articulating these new forms of organization is not well equipped because many of our models, many of our concepts are still focused on this idea of center/periphery, so that you have clearcut organizational centers, you have clear hierarchies. And these control the peripheries. But these new networks do not work like that, there is not this one center. There is not a clearcut hierarchy. There are many centers, they are highly rhizomatic. You can cut these networks at any point and the subsections will still survive. So, my explanation for this lack of research is that current models and current theories are not well equipped in articulating the complexity of these networks and their fluidity and ambiguity.

Nevertheless, you were able to complete this research; and perhaps you innovated with new tools, for example, your focus on the networks’ accounting practices? Is this a way in to better understand the mechanics of these systems?

Well, our focus on accounting was more a consequence of the new agendas because accounting and these networks were also highly decentralized and this is not something that we as counter or managerial accountants are fully familiar with. I think the way in which we tackled the topic was to analyze these networks’ materiality focus. I mean the actors were important, the people, their ambition, their desire to really change something. So, the people were important, but I think what we tried to do in explaining the coordination capabilities of this network was to instigate a more in-depth look into the meta-reality of the coordination. Another point to make is that academics often use digital media to explain collective action. So far, research is primarily analyzing the emergence of these networks through digital social media: Twitter, WhatsApp, Facebook. Without these communication tools, the emergence of these networks would have been unthinkable. But we thought this is not enough. We then surmised that there needs to be a common language among those networks that is flowing through digital channels, which we saw in lists, as boring as that may sound.

The emergence of these networks would have been unthinkable without social media. But there also needs to be a common language, which we saw in lists, as boring as that may sound.

What differences do you see in the approach of these support networks in Bavaria in 2015 and the strategy used more generally in Germany today?

What we do observe now is that there are mostly skilled workers, for example in Berlin. There are fewer students, who were active in Bavaria, but also highly skilled individuals. And I think that this is an important factor. There has to be a match between the refugees, their needs and desires, and what volunteers are capable of offering. The structure must match reality. We’ve seen new types of volunteers involved, because those who were active in 2015 could not address the needs of the Ukrainian refugees. This influx includes highly-trained people. And most of them have money, their own funding. And the structures in Berlin have shown agility and can be adjusted from one area to another. To put it a little brutally, the younger, inexperienced volunteers were kicked out of the lists and the other ones were just blocked into this architecture, to reestablish the match.

We’ve seen more highly-trained volunteers with their own funding, involved today, while the younger, inexperienced volunteers were kicked out of the lists.

David, according to Die Zeit approximately 10% of German citizens were involved in these networks seven years ago, networks which involved non-routine resources, such as fields outside of policing or the fire department. What kind of resources are they offering?

A couple of days before the refugees arrived, the volunteers hadn’t been trained at all and what they did was just use the list to collect each and every expertise that one person could bring into the network. So, some were teachers, they offered to give some language courses, some were counselors or specialists in psychology, even students of psychology. They said, OK, we can do some counselling, hand-crafted activities. Everyone brought something into the list and then they made clusters. Then, they asked themselves what are similar activities, how can we combine them? And they came up with fantastic artistic workshops where they composed poems or repaired bicycles, or simply led counselling workshops. We have a list of almost 200 activities that were offered across the entire network for refugees. Then, of course, the refugees sometimes suggested: ‘OK, but perhaps we don't need that one. We need other things’. And the networks adjusted the lists.

At that time, 2015, it was really essential activities covering basic needs, food, clothing, donations, jobs. Now with Ukraine it's different. The migrants have university or higher education, so they need different types of assistance. In Berlin, they started up by building a network that was almost an exact copy of Bavaria. They used digital media, they developed the offerings from what they expected would happen based upon the experience in Bavaria. But the interesting thing was that they then discovered that, no, we need to change again, and it was possible to do so. I think that thanks to the fluid structure of the network, the materiality that they used, they were able to adjust accordingly.

David Twardowski Crvelin earned his Ph.D. from the University of Innsbruck, Austria, and later joined the London School of Economics and Political...