Research has shown that deregulation of banking markets across the globe increases competition between banks, with many associated advantages. In Johan Hombert and Adrien Matray’s recent study into the effects of deregulation on innovation, however, they found an apparent disadvantage for small firms, who were seen to lose out in terms of funds and talent. 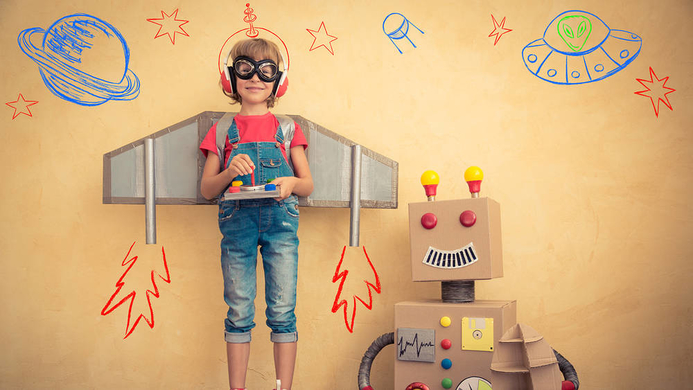 In the 1970’s, the world saw the beginning of banking market deregulation. This liberalization saw an increase in competition between banks and their subsequent growth, alongside wider growth of industry and individual firms. Professor of Finance Johan Hombert, meanwhile, set out to investigate the effects of this deregulation on innovation, asking: “How has the financing of innovators been affected by the arrival of these large, competitive banks?”

The USA: a deregulation laboratory

Hombert decided that the USA would be a good laboratory for his financial experiment. Here, banks are regulated at the state level, rather than federal. This means that in some states, banks were deregulated in the 1970’s, while others were still being regulated into the 1990’s. He says, “It was a bit like a biology lab, we looked at data from regulated states and those that were deregulated, and compared them over a timeframe of about 15 years.” To understand how deregulation might affect innovation, he needed an innovation indicator and decided to look at patents. Patent activity is a good measure of the amount of innovation that is occurring and data on patents in the USA is publicly available, making this easy to analyze. By comparing the number of patents over time, Hombert’s results show a drop in patenting by small firms in states with deregulated banking markets. “Banking deregulation has been proven to provide many benefits, but it does not seem to be good for the innovative activity of small firms,” he explains. “This does not necessarily mean the system is bad, but it is different."

Inventors who started in small firms generally move to bigger firms after deregulation.

Big banks work in a different way to small banks. In the past, banks would have been localized to a particular area or region. These smaller banks had strong relationships with local businesses and borrowers. Bank loan officers would not only have a customer’s financial details, and the business books, but they would have personal or ‘soft’ information about the individual. They would know if they were trustworthy and reliable and use this information when they decided on the loan application.

With big banks, there is no knowledge of personal information. Instead they rely on an algorithm. They feed in the businesses’ financial information and this will calculate its credentials and tell the loan officer what to do. These algorithms are based on credit scoring models and are efficient and economic. They have also been shown to be very effective in allowing for competition between banks. “This is the root of the problem for small innovators,” explains Hombert. “It is not easy to look at the finances of a small company and decide if a project is going to be successful. More soft information is needed to decide if the idea is good. The big, sophisticated banks are not good at dealing with this type of information, so small businesses lose out.”

Through additional analysis, Hombert tracked individual inventors over time. By looking at their job history, he found that inventors who started in small firms generally move to bigger firms after deregulation. As such, larger firms drain the innovator talent away from small firms. He notes, “Small innovative firms find it harder to find funding after deregulation which corresponds to them struggling to retain talent. With less money, inventors move on to better funded, bigger firms.”

“Overall, the shift from local banks to big banks was good for many in the economy, but not for small innovators,” he concludes. Hombert is unsure of whether the financial innovation advantages that big firms have over small firms in deregulated banking markets are a good thing. Governments and organizations across the globe often promote the work of small innovative firms in the form of subsidies and tax credits. But the small firms that are the target of such schemes often fail in their applications, as big firms with better administration systems in place capture the funds instead. Hombert concludes by noting, “This work cannot tell us if it is a good idea to let the big firms do all the innovating or if more needs to be done to bolster small innovators. These are questions to be answered in the future.”

How can innovative US manufacturers outcompete Chinese imports?

“This work has implications for firms and public policy makers,” Hombert emphasizes. “There are schemes that supply small firms with subsidies and tax credits but applying for these is often too complicated and costly for their administration systems. To help small innovators, soft information is important. Large national agencies with strict criteria currently fail to offer innovators what they need. We need local organizations, agencies and banks that interact personally to supply funds more efficiently.”

Hombert’s study looked at banking deregulation in the USA and how this affected innovation. He used the number of successful patents filed as a measure of innovation. In the 1970’s, states across the USA started to deregulate banking markets to foster competition. By the late 1990’s all banks were deregulated. Hombert compared the patents filed in states that had early deregulation, with those that were still regulated towards the end of the last century, to determine if this had any effects on innovation. He found that innovation was stunted for small firms when banking markets were deregulated in the USA. He also tracked innovators after deregulation and found a drain of innovator talent away from small firms.
Based on an interview with Johan Hombert, on his paper “The Real Effects of Lending Relationships on Innovative Firms and Inventor Mobility" (The Review of Financial Studies , 2017), co-authored with Adrien Matray.
Related topics:
Finance
Download & Print
Share
FACEBOOK
TWITTER
LINKEDIN
EMAIL