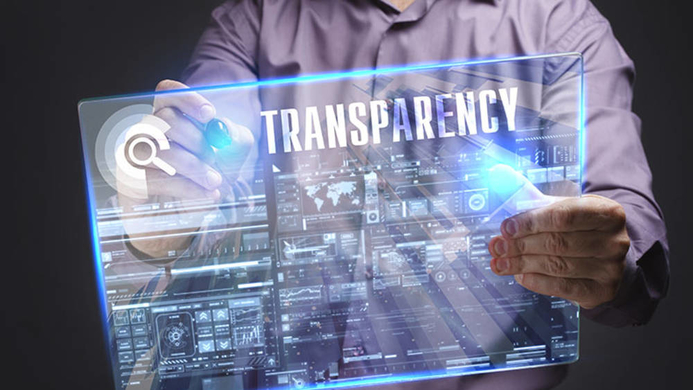 Advances in information and communication technologies (ICTs) are making e-government ubiquitous. Our everyday interactions with government - to pay taxes, register to vote, apply for licences, etc. - are now easier due to the enhanced services provided by e-government initiatives. It provides its populous with online administration systems that use ICT to make national governments and their services more accessible.

“As an unintended consequence of e-government, nations see an overall reduction in corruption,” says Professor Shirish Srivastava. In this context, corruption is defined as the abuse of public power in the public domain for private benefit. Srivastava adds, “In particular, the national systems in place to help citizens and businesses access services, are less corrupt when online e-government administration systems are implemented.”

To get a deeper understanding of the role e-government has in reducing corruption in nations, Srivastava and co-workers took a closer look at what causes corruption. “Here, the saying, Knowledge is power, holds true,” Srivastava says. “In a nation, government generally has access to knowledge and resources that the people cannot reach. This creates a power asymmetry that breeds corruption.”

With the advent of e-government, however, citizens have gained access to information and now, can even monitor governmental processes. They can do this as governmental proceedings and processes are documented and information is published and available online. Besides increasing efficiency, this increased transparency brought about by the universal use and access of ICT, has inadvertently led to a reduction in corruption. Srivastava says, “Our study supports this observation, showing that there is less corruption in nations when e-government systems are active. We also see that e-government mitigates corruption at an institutional level, preventing its trickle-down to the services being used by people.”

1. Political, which are related to governmental organization

2. Legal, which dictate rules, procedures and their implementation

3. Media, which act as conscience keepers and checks

They looked at the level of corruption in these three institutions and found that overall, less corruption was seen when e-government systems are implemented. This effect was most significant in political and legal institutions, and less in media institutions.

The national systems in place to help citizens and businesses access services, are less corrupt when online e-government administration systems are implemented.

“Corruption spreads throughout the national framework,” Srivastava explains. “So, if e-government leads to less corruption at the institutional level, less permeates down to citizens and businesses.”

Srivastava’s research also reveals that it is the legal and media institutions that act as the more effective corruption-sieves when e-government is implemented. Conversely, corruption in political institutions is shown to have very little impact on the corruption experienced by the public.

“Corruption at the public stakeholder level is not affected by governmental organisation. Instead, the way government mechanisms are implemented, through law and the media, is what has a significant effect,” Srivastava concludes. Simply speaking, the form of government and politics does not impact the level of corruption as much — compared to the judicious implementation of legal provisions and functioning of fair media.

To reduce corruption through e-government, therefore, Srivastava and co-researchers suggest that legal and media institutions should be targeted to make them corruption free. E-government systems could help in the process — for example, in the case of Singapore the progress of all law suits and police cases are accessible to public through online channels. In a similar vein, the Whitehouse website in the US envisages to maintain direct communication with the public to mitigate the chances of misinformation by media.

“By investing in e-government initiatives, nations can curb corruption,” Srivastava notes. “They can tweak existing e-government administration and communication technologies to reduce corruption further. In the Netherlands, for example, e-government is being used as a tool to achieve open government. This encourages government to engage with citizens through transparency, active participation and collaboration, through increased use of ICT and open access resources.” Who has an important role to play in helping e-government reduce corruption, and how can it be done? Overall, policy makers can adopt a number of initiatives to help e-government increase transparency. For example, they can create transparent policies that citizens can easily access online. They can also initiate virtual open discussion forums and / or virtual open town hall meetings that promote transparency and accountability. Importantly, the study has shown that e-government effectively reduces corruption that can originate in legal and media institutions. However, it acts as a less effective sieve when it comes corruption that has roots in political institutions. With this in mind, Srivastava says, “Policy makers need to prioritise resources to tackle corruption in legal and media institutions in order to create corruption-free end-user administration systems. E-government can certainly be an effective tool in attaining this objective.”

Srivastava and co-workers compiled data on 63 countries collected from three sources over 4 years (2004-2007). They carried out panel data analysis to measure the levels of e-government development and corruption in these nations. The team then tested a number of hypothesises using statistical tests and mediation analysis.
Based on an interview with Shirish Srivastava, on his paper “You can't bribe a computer: Dealing with the societal challenge of corruption through ICT” (MIS Quarterly, 2016), co-authored with Thompson S. H. Teo and Sarv Devaraj.
Related topics:
Operations Management
Management Control - Audit
Organizational Behavior
Ethics
Governance
Download & Print
Share
FACEBOOK
TWITTER
LINKEDIN
EMAIL