How to Manage Electronic Word-of-Mouth To Boost Sales

In our connected world, hardly any consumer would imagine making a purchase, online or even offline, without first checking peer reviews. The effect of such electronic word of mouth (eWOM) on sales has long been proven. A new academic article examines the precise ways platform and product characteristics shape the effects of eWOM, providing crucial insights for companies on how to manage it better. 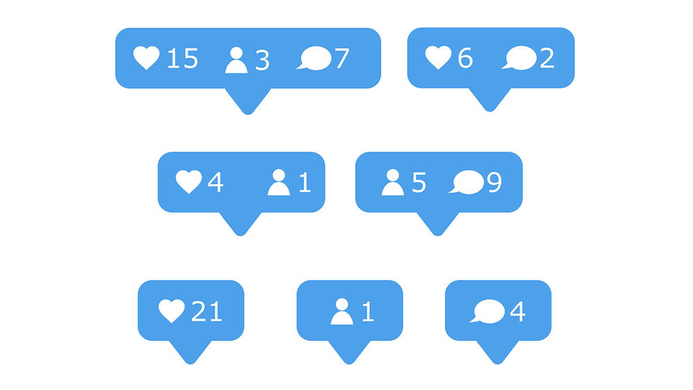 Before picking a movie, you probably check reviews on IMDb or Allocine.fr. Before booking a hotel, you probably read comments on TripAdvisor. When ordering a book online, you probably check vendor ratings on Amazon. The list goes on. Information published online about goods, services or brands in the form of user comments, ratings, reviews, video testimonials, or other consumer-generated content (termed “electronic word of mouth,” or eWOM) is “one of the most significant developments in contemporary consumer behavior,” write the four researchers in their paper about this phenomenon. They point out that with some three billion consumers and seven billion devices connected to the Internet, “eWOM has become ubiquitous and accessible, turning consumers into 'web-fortified' decision-makers”.

Electronic word of mouth is not limited to user reviews: even photos of people using branded products that are posted on Instagram or Facebook can be considered eWOM, according to Ana Babić Rosario, one of the researchers. “All consumers are exposed to some form of electronic word of mouth, whether they are seeking it out or not, at some point in their consumer journey, just because we spend so much time online,” she says.

Studying the effect on the bottom line

The significant impact of eWOM on corporate bottom lines has been heavily documented over the past 15 years. “There is a very strong effect of eWOM, not just on online sales but also in regular stores,” confirms Ana Babić Rosario. That is why companies work at inducing, collecting and displaying eWOM as part of their efforts to stimulate sales. The researchers write that the average billion-dollar company spends $750,000 per year on earned (user-generated) media. However, despite the recognized market relevance of eWOM, many professionals have not yet determined how to manage eWOM successfully.

The fact that empirical studies disagree on how online platforms, products or features of eWOM (such as volume or positive or negative nature) moderate effects on sales is part of the problem. To help marketers make more informed decisions about word of mouth management, Ana Babić Rosario and her colleagues conducted a meta-analysis that offers a comprehensive synthesis of multiple studies. By compiling the results of a diverse sample (covering 40 platforms and 26 product categories), they were able to encompass many more contexts and investigate dimensions of eWOM that were not part of the primary studies. For instance, to evaluate the effect of platform characteristics, the researchers even went so far as to use an Internet archive called the Wayback Machine, which allowed them to see a snapshot of what the platforms looked like in the past.

An unquestionable effect on sales

Overall, the researchers found that there was a significant and positive relationship between eWOM and sales, a result that was consistent across different platforms and products. The sheer volume of interactions, regardless of their positive or negative nature, was the most important measure across different scenarios. As the authors write in their paper, the underlying dynamic that explains the effect of eWOM on sales is the bandwagon effect, in which the mere availability of other consumer opinions influences others. Unsurprisingly, “valence” (the favorable or unfavorable nature of the review) also has an effect, but negative comments are less harmful for sales than one might think.

After all, wouldn't unanimously glowing reviews look suspicious? “Marketers believe they should have no negative reviews, so they often want to minimize them, but in fact intense consumer disagreement – the scenario where some consumers love a product and some hate it – is more dangerous,” says Ana Babić Rosario. The reason why eWOM variability can harm sales more than negativity is that eWOM, in theory, is a way for consumers to reduce risk and uncertainty – which does not happen when other consumers’ feedback is highly inconsistent. It is important to note, however, that polarized consumer opinion is a more important problem for companies “aiming at a mainstream consumer base” than for those shooting for a “niche, not intended to please everyone.”

The effect of product and platform characteristics

The researchers fine-tuned their analysis to examine which product and platform features shaped the overall effect on sales. They found that the effect of eWOM was more pronounced on new products than on mature products, which comes as a result of consumers' desire to reduce the uncertainty associated with a product in the early stages of its life cycle. Regarding platforms, they found that eWOM was more effective on e-commerce platforms than on social media. Even though it is challenging to interpret such results without breaking them down to the level of individual decision making, Ana Babić Rosario believes the overall finding is linked to the difference of what stage each platform is used at during the consumer journey: “When you're looking up eWOM on an e-commerce platform, it is likely because you're already close to finalizing the purchase.” Meanwhile, the effect on sales of social media eWOM increases when receivers can assess their similarity to senders, based, for example, on the username or geographic location.

The researcher states: “When you see that a user similar to yourself has liked a company page on Facebook, it will drive your purchase decision, so in general it is a good idea for companies to provide more of such information to their users.” Such details about users are “cues to credibility”, as Ana Babić Rosario puts it, in a merciless online world where fake reviews are not unheard of. Among other factors, the researchers also found that eWOM effectiveness tends to be higher when eWOM is more prominently placed on a page (no need to scroll down) and lower when the display of eWOM is structured (with titles or a classification, as opposed to bundles of information).

The strongest point of this research is that there is not just one single kind of eWOM; predictions will vary across different online platforms and types of products. 'Overall, the phenomenon is more complex than when the Internet was popularized 20 years ago, and managers must not disregard this complexity,' warns Ana Babic Rosario. She and her co-authors also usefully break down the specific applications for product managers (as opposed to platform managers). For instance, product managers should pay particular attention to the financial risk associated with their good or service and the stage in the product’s life cycle. 'It is particularly relevant to monitor comments on e-commerce and review platforms in the early stages of the product life cycle', says Ana Babic Rosario. Meanwhile, platform managers could encourage consumers to provide more information about themselves and bring eWOM to the forefront without overstructuring it.

The researchers conducted a meta-analysis using data from 96 studies; in these primary studies, data were collected from more than 40 different online platforms including Amazon, Netflix, Facebook and Allocine.fr, covering 26 product categories. They operationalized the sales variable in six ways, including total sales, sales rank, number of products sold, etc. Altogether, the meta-analytic data set comprised 1,532 size effects computed from the results of the original studies.
Based on an interview with Ana Babić Rosario on her article “The Effect of Electronic Word of Mouth on Sales: A Meta-Analytic Review of Platform, Product, and Metric Factors”, co-authored with Francesca Sotgiu, Kristine de Valck and Tammo H.A. Bijmolt (Journal of Marketing Research, June 2016). The paper has been nominated finalist for the Weitz-Winer-O’Dell Award of the Journal of Marketing Research, recognizing it as one of the most influential long-term impact papers published in 2016. The Marketing Science Institute featured the article as a “must-read article for marketers” in 2017.
Related topics:
Marketing
Download & Print
Share
FACEBOOK
TWITTER
LINKEDIN
EMAIL

Ana Babić Rosario was a PhD student at HEC Paris, and is now Assistant Professor of Marketing at the Daniels College of Business, University of Denver...

Kristine de Valck's research and teaching focus on how the Internet in general and social media in particular have changed consumer behavior...