Racial prejudice: “My Culture Made Me Do It”

Many people seem to experience uncontrollable prejudices against visible minorities. According to new evidence identified by Professors Eric Uhlmann and Brian Nosek, we are surprisingly more aware of our own prejudices than previously thought. Even more significantly, the researchers find that we blame those prejudices on cultural socialization in order to avoid having to confront our own racism. 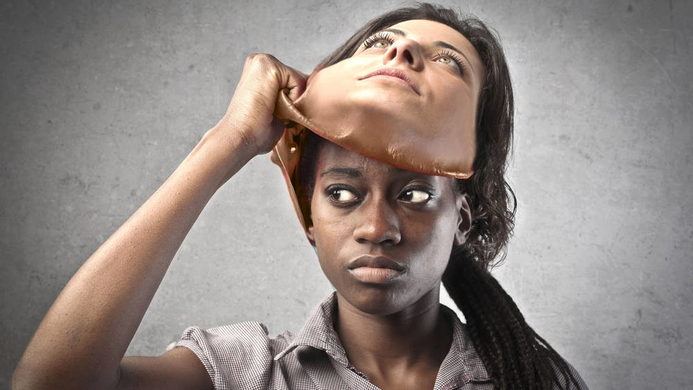 Even when we are in principle opposed to racism, most of us struggle with automatic prejudices against visible minorities. In one pilot study conducted by Eric Uhlmann and Brian Nosek at an American university, 75% of white respondents agreed that this was the case for them. Even researchers of stereotyping and prejudice are not immune.

One of the researchers, for example, remembers at first glance mistaking an African-American and a Hispanic pictured in a newspaper article for criminals, realizing to his embarrassment when he read the caption that the two men were in fact volunteer workers. He reacted to this unexpected revelation by seeking comfort in the knowledge that his prejudices had been unconsciously ingrained through cultural socialization.

“Prejudices are often a way for a group of higher social status to explain and rationalize their privileged position in society,” says Eric Uhlmann. He goes on to cite the example of the disproportionate number of African-American men in prison in the US: “If you stereotype them as more aggressive than white, it’s a way of rationalizing this situation, as opposed to addressing the historical roots of social inequality.” How can we address the problem of racial prejudice? The first step is developing deeper awareness.

We don’t want to look racist and one way to resolve it is to attribute our negative thoughts to culture.

Previous research into racial prejudice has highlighted that lack of awareness is an important component of this problem. However, in their pilot study, Eric Uhlmann and Brian Nosek found that 75% of their white study participants were in fact consciously aware of their own prejudices. Meanwhile, in a follow-up study that focused on a different nuance of this issue, the researchers found that 60% attributed their prejudices to cultural socialization. Why do people blame culture for individual prejudices? “Recognizing our prejudices is threatening to our sense of worth: blaming them on culture is a way to distance ourselves from these kinds of thoughts and to diminish our sense of responsibility,” says Eric Uhlmann. In fact, his and Brian Nosek’s research focuses primarily on just this problem: what motivates people to blame culture for their own racial prejudices?

People blame culture to distance themselves from prejudice

“The irony is that it is technically true that prejudices come from culture, but the extent to which we endorse them also depends on our individual states of mind,” says Eric Uhlmann. Indeed, in one sense, blaming cultural socialization for racial prejudices is a sign of sensitivity to the problem: people who are in principle opposed to racial prejudice are more likely to attribute blame to cultural socialization than those who are unequivocally racist. In overtly racist cultures (such as Nazi Germany in the 1930s), people are generally unlikely to blame culture socialization for their prejudices because such prejudices carry no stigma.

The focus of Eric Uhlmann and Brian Nosek’s research, however, is not the validity of the blame on culture for racial prejudice but why people attribute blame rather than taking personal responsibility. The question is: does blame tend to stem from valid reasoning processes or biased ones? They hypothesized that the reasoning behind the blame is in fact biased; more specifically, that blame on culture arises from a biased desire to protect one’s sense of self. For those who consider racism unacceptable, it is highly threatening to recognize their own racist tendencies. Eric Uhlmann and Brian Nosek tested their theory in a study involving white American undergraduate students. Participants were divided into two groups.

These results support Eric Uhlmann and Brian Nosek’s original hypothesis that blame on culture is influenced by a desire to maintain a positive view of the self. “We don’t want to look racist and one way to resolve it is to attribute our negative thoughts to culture,” concludes Eric Uhlmann.

The idea that people who are more aware of racial prejudices are less likely to discriminate in the workplace continues to fuel movements to raise awareness. For example, says Eric Uhlmann, 'diversity training' in the U.S. often takes the form of sessions in which visible minorities speak about what it feels like to be discriminated against. However, he notes, it’s also important to explain where those prejudices come from, including the finding of this research that people tend to attribute blame for their prejudices on cultural socialization to avoid confronting their own racism. If people continue to blame their racial prejudices uncritically on culture, they are less likely to take personal responsibility for changing their own attitudes. In order to deepen awareness in such a way as to change mindsets more effectively, therefore, Eric Uhlmann believes it is important that this issue be addressed in the education system and in the news. 'As stories of hiring audits get out, for instance, people get the message.'

49 white American undergraduates participated in the researchers' main study. Firstly, they were primed by being asked if they agree that they would / should engage in various racist behaviors. They were then divided into two groups, with one group writing a description of a time when they had lived up to their values, and the other writing about when they had failed to do so. Thusly primed, participants were finally asked whether their racial prejudices were products of their culture or of their own minds.
Based on “My Culture Made Me Do It: Lay Theories of Responsibility for Automatic Prejudice” by Eric Louis Uhlmann and Brian A. Nosek (Hogrefe Publishing, 2012) and an interview with Eric Uhlmann, February 2013.
Related topics:
Organizational Behavior
Download & Print
Share
FACEBOOK
TWITTER
LINKEDIN
EMAIL

Eric Luis Uhlmann was an Assistant Professor of Management and Human Resources at HEC Paris until 2014, and is now an Associate Professor of...