Understanding the Language of Persuasion

Successful marketing and advertising rely on the effective use of persuasive language. Researchers provide an easy-to-use framework to help marketers and advertisers choose the right language devices to persuade consumers. 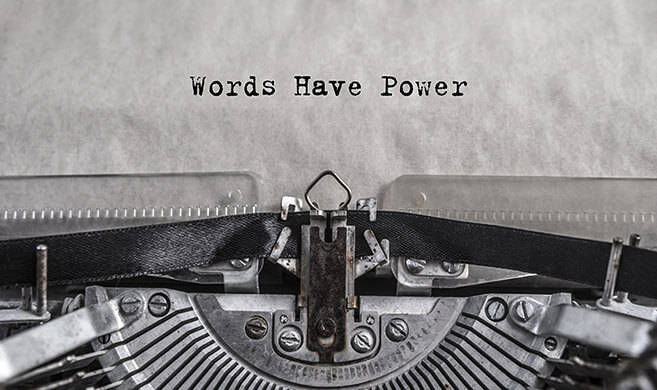 Language is powerful. We can maximise the persuasive impact of our words and sentences by using different linguistic devices. These can vary from the pronunciation of a single word, to the inclusion of devices such as metaphors and rhetoric. Although exploited most frequently in advertising and marketing, linguistic devices can be used to strengthen any argument.

When it comes to persuasion, it is not just what is said that is important, but how it is said. With this in mind, researchers Ruth Pogacar, L. J. Shrum, and Tina M. Lowrey developed a persuasive language framework.

A guide to using persuasive language

In recent years, considerable research has been devoted to understanding how specific linguistic devices can be used to persuade. This research has produced a vast amount of information, but, until now, it has been difficult to make links between the different studies. In building their framework, Pogacar et al. focused on identifying those links to provide a concrete guide to the existing knowledge in this area.

The goal of the framework is to facilitate the use the right language, in the right way, with the right audience. The researchers designed the framework particularly for marketers and advertisers to use to direct their campaigns.

The framework also shows which linguistic devices are simple and yet still require a degree of processing, such as unfamiliar words and/or pronunciation, and the degree of sematic appositeness of a word or name (the extent to which a name conveys meaningful information about a product’s functions or attributes). There are also linguistically complex devices – such as the use of pronouns, assertive language and politeness – that are nonetheless relatively easy to process by consumers and require low cognitive effort.

Certain simple devices can really make an impact when it comes to marketing and advertising. For example, three devices covered by the framework include phonetic symbolism, complexity (or not), and numbers:

• Phonetic symbolism: the sound of a word can convey meaning or information without requiring cognitive effort. Both vowel and consonant sounds are associated with sensory perceptions such as size, speed, weight, and colour. For example, a low pitch sound, like that made by the letter ‘R’, conveys round, slow, soft, and large; whereas higher pitch sounds, like that made by the letter ‘E’, convey the opposite. When naming a new brand, a marketer can ensure that the sound of the brand name fits the attributes of the product so that it will automatically convey meaning to the consumer.

• Complexity: adding complexity to a simple word will have an effect on the perception of a product because it forces consumers to put in more cognitive effort. For example, when people were asked about the name of a carnival ride, they thought a name that was harder to pronounce made the ride sound more dangerous and novel.

• Numbers: more precise numbers are seen to be more accurate and trustworthy. For example, when a product is rated, changes from decimals to integer values (e.g. 7.3 to 8) are seen more favorably than when the change is between two integers (e.g. 7 to 8), despite the fact that the latter change is larger.

Buying: the effect on self-worth feelings and consumer well-being

Pogacar, Shrum and Lowrey developed a framework for classifying linguistic devices based on two continuous dimensions: language complexity and processing mode, ranging from automatic to controlled. Following a systematic analysis of the literature, devices were mapped onto the four quadrants of a 2 × 2 matrix. The framework was then used to review research on the effects of linguistic devices. By integrating all the current research in the field, the framework also exposes the gaps in knowledge, prompting interest in new lines of research.

The persuasive language framework provides a simple guide to understanding how consumers process linguistic devices, so marketers and advertisers can exploit language to persuade audiences more effectively. The framework can be used to easily see whether the marketing text will require more complex or automatic processing, and whether the communication needs to be more or less complicated, etc.
Based on an interview with L.J. Shrum and Tina M. Lowrey, on their paper “The Effects of Linguistic Devices on Consumer Information Processing and Persuasion: A Language Complexity × Processing Mode Framework”, co-authored with Ruth Pogacar (Journal of Consumer Psychology, Volume 28, Issue 4, October 2018, Pages 689-711).
Related topics:
Marketing
Download & Print
Share
FACEBOOK
TWITTER
LINKEDIN
EMAIL

L. J. Shrum is a consumer psychologist whose research applies social cognition concepts to understand the determinants of consumer judgments. He has...