Leading academic organizations officially promote multidisciplinarity as favoring a richer, more innovative research environment. Yet Julien Jourdan, Associate Professor of Management and Human Resources and his colleagues, actually found that scientists specialized in one domain tended to protect their discipline against their peers with diverse experience, especially those with strong track records, and potentially stifled innovation in the process. He explains the mechanisms behind these territorial attitudes – and suggests ways of countering them. 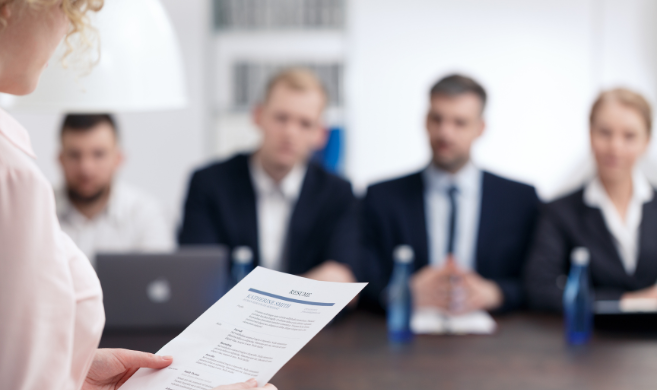 Diversity is welcome in the corporate world, to the point that most leading firms have Chief Diversity Officers whose job it is to ensure that varied backgrounds and cross-fertilization between domains give birth to new ideas. Indeed, according to a study undertaken by the Boston Consulting Group, when teams are more diverse, they have been found to gain a higher proportion of their revenues from innovation, leading to a 19% innovation advantage and improved financial performance.  Yet territorial attitudes may still prevail, notably in the academic world. Our research suggests that scientists with stellar records in more than one domain tend to be penalized in the advancement of their careers. This is true in academia and probably in other professions as well, with a potential detrimental impact on innovation and creativity.

The prior literature in this field suggests that those that pursue multidisciplinary scientific careers are discriminated against because under evaluation their work is seen as confusing. They are on average considered to be lower skilled and less dependable than scientists that fit strictly within a specific discipline. The general understanding is that if you are seen as being a ‘jack of all trades’ you are less proficient than a specialist and difficult to classify. You are therefore considered ‘lower skilled.’

We were puzzled to find that multidisciplinary candidates did not face rejection because they were less capable. In fact, far from it.

We postulated that where a lot of information was available about a multidisciplinary candidate, proving they were a good scientist, such candidates would be considered better and would not be discriminated against in this way. We thought that a strong resume would mitigate this issue and we set out to test the concept.

Using a data set from the accreditation system for candidates for professorships at Italian public universities, we were puzzled to find that multidisciplinary candidates did not face rejection because they were less capable. In fact, far from it.

Our study indicates that multidisciplinary candidates are more likely to be at a disadvantage if their scientific track record is better than that of their peers. Penalties for high-performing multidisciplinary candidates are 50% higher than for those who are low performing. Individuals with the strongest publication and citation records face the biggest difficulties under evaluation, despite their strong resumes.

Penalties for high-performing multidisciplinary candidates are 50% higher than for those who were low performing.

What we found challenges the existing literature. It is not because multidisciplinary candidates are low performing that they experience discrimination – precisely the opposite. We believe this is due to a ‘boundary maintenance’ effect. In seeking to avoid erosion of boundaries and perceived degradation to a discipline, evaluators will protect it by keeping high-performing multidisciplinary candidates out.

This makes sense for a number of reasons. High-performing people that cross boundaries may have more power to challenge the status quo. They may have greater resources at their disposal and might have editorial positions at major journals. Such individuals might be perceived to have considerable potential to make changes to the discipline that may be considered by some to be unpalatable. Meanwhile, low or middle-performing multidisciplinary candidates do not pose the same level of threat, so are less likely to face similar penalties or discrimination in this way.

Our findings suggest that multidisciplinary work in academia that is considered beneficial in generating novel ways of thinking may be difficult to achieve due to these significant ‘boundary maintenance’ obstacles. The findings are more pronounced where disciplines are relatively small, and where such disciplines are very specific about journals for publication.

Multidisciplinary work in academia that is considered beneficial in generating novel ways of thinking may be difficult to achieve due to these significant ‘boundary maintenance’ obstacles.

There is also another possibility, that decision makers eliminate those that are talented because they present personal competition to their evaluators. While we control this in our study, it is very difficult to disentangle from other variables, and so this element of competition remains a possibility too.

It is well-understood that innovation and creativity are born of conflict and difference. If everyone has a similar profile and has the same ideas and viewpoints it is difficult to drive new ways of thinking in a field. A lack of difference could be very damaging to the development of academic fields or professions, with higher potential for ‘groupthink.’

Our findings suggest that improved recruitment and evaluation processes could mitigate the boundary maintenance effect. We expect that departments or teams with a strong identify may also penalize high-value candidates, and this may be a concern for organizational leaders. Evaluating capability and experience needs to be improved to ensure that multidisciplinary candidates are not ruled out due to this. Our research shows that brilliant candidates are being left at the door because they do not fit tightly defined boundaries. This could be very detrimental to the future of academic fields and this effect may also apply to some professions. Departments with strong identities – whether in an academic or professional discipline – might be reluctant to bring in candidates with different profiles. The findings may apply to any type of decision where people are brought in from outside and decision-makers are invested in the entity. Our findings also suggest that any profession that has a sense of being a beleaguered minority might be more likely to be affected by boundary maintenance. Professions and organizational groups that are relatively small with strong identities face the highest chance of experiencing this effect.

We propose ways of overcoming the problem of boundary maintenance in recruitment and evaluation processes. For example, putting in place positive discrimination measures to select multidisciplinary candidates that excel may be very beneficial. Evaluators might also include people in the decision-making process who are not directly members of the discipline and who do not have a vested interest in maintaining boundaries. Taking these steps could open up the process and ensure that excellent candidates contribute to research and teaching, and hence to the competitiveness of the employing organization.

We drew on data from the Italian accreditation system which evaluated candidates for disciplines for associate or full professors, including data from the 2012 qualification round – the first time the scheme was run. The data included was from 55,497 evaluated resumes submitted by 38,394 individuals in 174 disciplines, and resumes were reviewed, gathering information on disciplinary match, prior performance, discipline size and distinctiveness and panel typicality.
Based on an interview with Professor Julien Jourdan on his paper, “A New Take on the Categorical Imperative: Gatekeeping, Boundary Maintenance, and Evaluation Penalties in Science,” co-written with Professor Riccardo Fini of the University of Bologna, Professor Markus Perkmann of Imperial College Business School, and Professor Laura Toschi of the University of Bologna, published in Organization Science, July 22, 2022.
Related topics:
Human Resources
Download & Print
Share
FACEBOOK
TWITTER
LINKEDIN
EMAIL

Julien Jourdan is an Associate Professor of Management and Human Resources at HEC Paris. He teaches management and leadership in the PhD, MSc, and MBA...