Why Consumers Stockpile Rather than Spend Loyalty-Program Points

Consumers tend to accumulate loyalty cards in their wallets and unused points on those cards, creating either liabilities or deferred revenue for retailers. A team of researchers has developed a model that explains this hoarding behavior and offers suggestions to improve loyalty reward program structures. 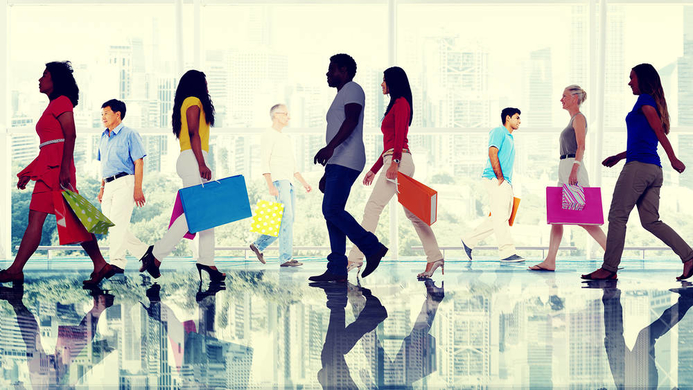 Whether grabbing a coffee-to-go at the shop down the street or flying halfway across the world, consumers tend to enroll in loyalty programs for just about every possible purchase. On paper, it's a win-win relationship: the customer gets a tenth coffee for free or a free flight against accumulated miles, and the company gets repeat business. These schemes should be all the more successful as “rewards reinforce positive purchase behaviors,” says Valeria Stourm, who studies such loyalty programs.

But, in fact, consumers use their points a lot less than might be expected. One third of the $48 billion in rewards issued in the United States every year are never redeemed. And we’re not just talking about complicated programs whereby a threshold of so many points (typically, airline miles) needs to be reached to obtain a specific reward. Even simple, boring, a-point-for-a-dollar at the supermarket programs see customers stockpile points instead of using them to instantly reduce their basket price. Hoarding is neither particularly profitable for the customer (unredeemed points may expire, depending on retailer rules) nor for the business (outstanding points are "stuck" on the balance sheet). So why don't customers systematically collect the shopping rewards to which they are entitled? Faced with that puzzle, three researchers, Valeria Stourm, Eric T. Bradlow and Peter S. Fader, developed a model to understand why customers persistently stockpile points in so-called “linear programs” (the kind designed explicitly not to encourage stockpiling, with free-to-use points).

The novelty of the model presented by the team of researchers in their paper is that it brings together three different approaches to explaining why customers of linear programs stockpile: economic, cognitive and psychological motives. A potential economic motivation is that customers forgo the opportunity to earn points on purchase occasions in which they redeem. The second is a cognitive incentive: the transaction comes at a “cost”, albeit not a financial one. “Perhaps customers find it annoying to take out their loyalty card and ask the cashier to redeem,” suggests Valeria Stourm. The third, more sophisticated explanation is psychological. Based on mental accounting, this explanation supposes that we have different mental slots for different currencies, even when they are of equivalent monetary value; for example, poker chips in a casino as opposed to cash, or money budgeted for leisure as opposed to money budgeted for groceries. In this context, it means that customers do not perceive cash and points equally. With this model, a $10-purchase made by paying the equivalent of $3 from the customer's points account and $7 from his or her cash account would be analyzed as follows: The $3 are a loss to “points wealth” and the $7 to “cash wealth”. By redeeming, the customer also loses the opportunity to earn $0.10 in points (or whatever percentage of the price is set by loyalty program rules). Such debits and credits are evaluated separately as gains and losses in each mental account. It may sound silly to assess the use of points in terms of loss or pain, but the researchers did hear one customer from a linear program express sadness about point redemption in an interview: “It makes me feel sad because I don't have any points left on my card.” In addition, the researchers relied on prospect theory, which assumes that losses and gains are perceived differently when making choices. “Put simply, losses loom larger than gains, so the pain of losing $5 feels greater than the pleasure of winning $5,” says the researcher.

It's more strategic to encourage redemption, and loyalty, if only from a purely marketing perspective.

The researchers estimated their statistical model on data from a large supercenter chain in Latin America. By tracking the purchases of a cohort of more than 300 customers over three years, they indeed found that many were sitting on a goldmine of unclaimed points: even though no minimum is required to redeem points, only 3% of all purchases had redemptions associated with them, even though redeeming could reduce basket price by 30% on average. “It doesn't mean customers don't care about the loyalty program, since they still show their card to earn points, and 40% of the customers in the panel eventually redeemed during the observation period,” comments Valeria Stourm. She and her co-authors hypothesized that customers waited until they had enough points for the loss in terms of points to be compensated in terms of cash (redeeming attenuates the pain of cash loss). And indeed, when testing the statistical model, the researchers found that their analysis based on dual mental accounts was relevant to forecast customer behavior. Cognitive motivations (fixed costs) also helped to explain observed customer purchase behaviors, but there was much less evidence to support explanations based on economic motivations.

Having thus identified the cognitive and psychological drivers of redemption behavior, the researchers were able to offer suggestions for companies to rethink their loyalty programs. Valeria Stourm remained cautious, however, explaining that the results of the policies evaluated in their study would be applicable to those particular cases only. The policies compared included offering rewards points for every basket price, regardless of redemption choices (an economic policy), automating redemption (cognitive policy), for instance by automatically reducing the customer's basket price if his or her stockpile is greater than 15 points, and a psychological policy that allows customers to redeem up to 100% of the basket price instead of the current 50%. But is it actually strategic to prod customers in that direction, since redemption comes at a financial cost for companies? Valeria Stourm admits that it's debatable: “From an accounting perspective, an unredeemed point is a cost you don't incur, but it's also a liability or deferred revenue on the balance sheet.” In her opinion, it's more strategic to encourage redemption, and loyalty, if only from a purely marketing perspective. “Customers who experience rewards may become even better customers,” she says.

“Managers have contacted me since the article was published who also observe their customers stockpiling large amounts of points. Our work has inspired them to re-evaluate the design of their loyalty programs,” says Valeria Stourm. One way of framing redemption as a gain rather than a loss would be to let customers earn bonus points on such purchases. The main way to encourage redemption though is to increase redeemable points, since data suggest that the differences in the mental accounts of cash and points lead the benefits of redeeming to grow faster that the costs, so customers may redeem more frequently.

The researchers built a theoretical mathematical model uniting economic, cognitive and psychological explanations for customer behavior regarding loyalty programs. Using advanced statistical analysis, they then demonstrated its performance empirically, using a retail data set of 10,219 purchase occasions of a cohort of 346 customers from January 2008 through July 2011.
Based on an interview with Valeria Stourm and on her paper “Stockpiling points in linear loyalty programs,’ co-written with Eric T. Bradlow and Peter S. Fader, Journal of Marketing Research Vol. LII (April 2015). This publication was honored with the highly prestigious 2016 AMA Donald R. Lehmann Award for "outstanding dissertation-based article published in Journal of Marketing Research" and was named Finalist for the 2016 Paul E. Green Award, which is given each year to the best article published in Journal of Marketing Research.
Related topics:
Data Science
Marketing
Download & Print
Share
FACEBOOK
TWITTER
LINKEDIN
EMAIL