Why Do Investors Trade on Unverified Rumors?

Stock prices occasionally move in response to unverified rumors. These rumors often concern corporate takeovers and are associated with a surge in stock returns and trading activity. As CNBC stock expert Herb Greenberg succinctly observed: “Takeover rumors have always been part of the game of Wall Street, but there are times they fly so quickly you don't have time to consider the sources.” Why do investors trade based on unverified rumors? 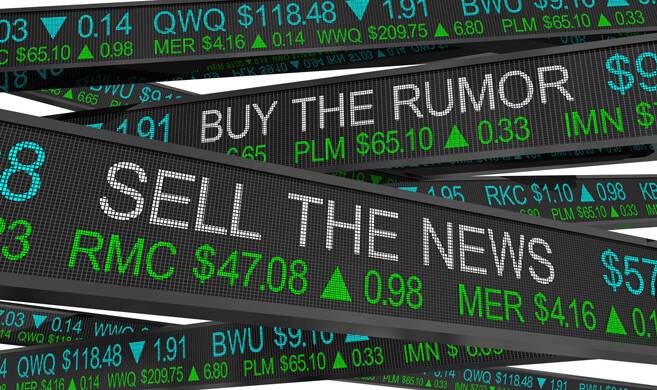 After all, rumors come from an unknown source and may thus possibly originate from malicious rumormongers attempting to manipulate the stock market. Yet, a surprisingly large fraction of the takeover rumors come true in the sense that they are actually followed by a merger bid for the rumored target stock. In many cases, investors would have therefore been right to trade on these rumors.

In my research paper published in The Review of Financial Studies, I offer the first rationalization of this phenomenon. Specifically, I develop a model in which information sharing can be credible despite investors not knowing the precise origin of that information—as is the case for stock market rumors. The key intuition is that a short-term investor in possession of long-term information has an incentive to share this information in order to accelerate its capitalization into market prices. As a result, investors who receive such messages have the incentive to trust and trade on the rumor.

I develop a model in which information sharing can be credible despite investors not knowing the precise origin of that information—as is the case for stock market rumors.

In the model, a small investor who knows a stock's fair value may send a message to other investors. The message is “cheap” in the sense that it is not immediately verifiable. The sender of the message is therefore free to lie (Crawford and Sobel, 1982). Examples of such messages include rumors relayed by word-of-mouth, an investor “talking her book,” and stock tips transmitted via social media. Such social media messages receive attention. For example, the New York Times (2010) reports that hedge funds and financial data providers are constantly sifting through Twitter for sentiment and news.

In choosing her message, the rumormonger contemplates the costs and benefits of lying. My main result is to show that this cost-benefit analysis depends critically on the rumormonger's investment horizon: if she is short-term, truthful information sharing is more attractive because it ensures that the rumor is in line with subsequent information arrivals and thus maximizes short-term price impact. If she is long-term, however, lying dominates because a successful market manipulation results in a price reversal when the true state is eventually revealed. Being long-term, she can trade on—and profit from—this predictable reversal.

My model thus offers an explanation why investors may occasionally trade on stock market rumors—even when the ultimate source of the rumor is not known. All that is required is that investors hold sufficiently short-term beliefs about the average investment horizon among the population of potential rumormongers. Such beliefs could come from the portfolio churn rates of a stock's institutional owners, from suspicious trading activity by corporate insiders and short-sellers, or from the timing and circumstances of a rumor. For instance, some takeover rumors cite suspicious activity at the target firm's headquarter (e.g., a visit by executives of the alleged bidder) and so the rumormonger may be found among shareholders that are geographically close or have ties with high-placed individuals at the target firm.

The takeover rumors are more likely to come “true” if the target stock's institutional owners appear to be more short-term oriented.

Analyzing a self-compiled dataset of newspaper articles on takeover rumors, I find empirical support for my model. Specifically, I show that the takeover rumors are more likely to come true (in the sense that they are followed by actual takeover bid announcements) and elicit a stronger market response if the target stock's institutional owners appear to be more short-term oriented.