Colorado: When Cannabis Has Created Its Own Market

One is reminded of just how much has changed since the decades-long "War on Drugs" when walking past the brightly colored marijuana dispensaries in downtown Denver, each filled with a dizzying array of products—not just the flower or bud that one typically expects, but oils, resins, infused drinks and candies, as well as patches and creams. This is only made possible because residents in the state of Colorado, as in other states, have voted in favor of legalizing the cultivation and sale of cannabis for medical and recreational uses in 2000 and 2012 respectively. These ballot measures have set off what is often described as Colorado’s “green rush”: a wave of entrepreneurial activities to transform and to bring to market those practices that were for decades operated in the shadows of illegality. Researchers have been studying the emergence of this new market. 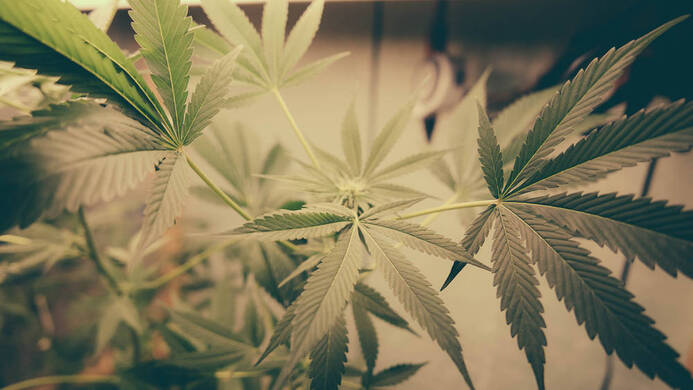 On 6 November 2012, voters in the state of Colorado passed the ballot measure, Amendment 64, outlining a statewide drug policy for cannabis. The measure called for the regulation and taxation of the existing medical market for cannabis and also the creation of a new recreational market for anyone over the age of 21. Since then, regulators at the Marijuana Enforcement Division (MED) of Colorado’s Department of Revenue have been busy working to create twin regulated markets for the production, manufacture and use of cannabis in such a way that generates revenues, limits overuse and misuse, and avoids diversion into the illegal markets and neighbouring states.

In this article we report preliminary observations on two ways in which activities to bring cannabis ‘out of the shadows’ have affected the development and structure of cannabis markets. These observations are based on interviews conducted in 2015 with MED regulators, entrepreneurs, consultants and software designers, as well as visits to retail, manufacturing and cultivation facilities in Colorado.

From seed to sale

Central to the creation of legal markets for cannabis has been the development and extension of the Marijuana Enforcement Tracking Reporting Compliance system (METRC). METRC is a ‘seed to sale’ inventory accounting system that embodies a ‘full traceability’ mode of governance that seeks control through complete knowledge of the supply chain (Lezaun, 2006). METRC was developed by a supply chain software development firm, Franwell, for the regulation of cannabis markets. It involves physically tagging each plant over eight inches, recording the plant’s ‘events’ as it moves between different locations and across different stages of growth, harvest, processing, and manufacture.

METRC produces a digital space in which the entire supply chain of each market can be seen. This digital market provides for the boundaries and contents of the physical markets to be identified, examined, and probed. It is only by setting the METRC content alongside physical content that the extra or missing, mis-labelled or mis-weighed product and activities can be seen. METRC constructs the possibility for a distinction between the legal and illegal, and medicinal and recreational markets through governance processes associated with ‘big data’ (Amoore and Piotukh, 2015).

Indeed, the regulators that employ METRC may not know much about the intricacies of cannabis such as the biological differences between different strands. But they do know about the plant’s life cycle and its processing, manufacturing, and sale, as averages and norms. From the METRC data, for instance, they are able to know that ‘Durban Poison’ loses weight and hence water, more quickly after harvest that another strain.

This mode of governance is predicated upon another world of meticulous data input, constant surveillance and auditing. Everything from waste disposal to trimming practices are standardized and controlled. This requires the continual addition of new layers of management control in the form of inspection processes, standard operating procedures, additional inventory systems, grow management technologies – a tangible example of how things need to be made auditable for compliance processes to occur (Power, 1997).

The ongoing activities to construct legal markets for cannabis in Colorado have also been heavily influenced by cannabis’ history and status as a ‘contested commodity’ (Radin, 2001). Despite the passage of Amendment 64, cannabis continues to have an uneasy relationship with the legal market. This is partly the case because of its classification at the federal level as a Schedule 1 controlled substance, and also because of the residual negative connotations of cannabis (the so-called ‘canna-stigma’) which linger from a nearly 50-year "War on Drugs" in America.

Cannabis’ contested status has shaped the developments of markets in Colorado. Regulatory requirements preclude many established firms from operating in the market, create new barriers to entry, enforce a state-by-state market segmentation, and effectively exclude market participants from access to much banking and sources of capital. These conditions create a lucrative space for businesses to emerge to fill basic business functions such as advertising, security, banking, insurance, legal and tax advice, almost exclusively for the cannabis industry.

They also, however, create new spaces for innovation. They produce unique challenges for businesses that existing products and services are not equipped to solve. The solutions that emerge sometimes require radical innovations with relevance to ancillary and wider markets. For example, one Denver-based company innovated an ‘exit bag’ that met Colorado’s new regulatory demands for childproofing. The new product had demand in the tobacco and other ancillary markets where no such regulations applied.

The contested status of cannabis has also allowed for market developments to become intertwined with social movement and political ambitions. Many of the market participants we spoke to highlighted the inseparability of market activities and their strategy to ‘bring cannabis out of the shadows’. For some, this ambition entails the blending of social, environmental, and economic ends to show cannabis as a source of social goods. For others, this ambition involves treating cannabis strictly as an economic good, just like the widgets of economic textbooks.

Bringing cannabis out of the shadows

Cannabis has, for decades, operated in the shadows. But recent legislation in Colorado and other states have necessitated the remaking of cannabis as something else. We have drawn attention to some of the regulatory apparatus as well as the work of entrepreneurs that contribute to bringing out of the shadows the precise features of cannabis in Colorado. For regulators, the main task is to give visibility to the plant as something that can be tracked. For entrepreneurs, it is to give visibility to cannabis as an entrepreneurial object. In so doing, counter-intuitively, entrepreneurs can take advantage of market’s stigma and regulatory boundaries.

The cannabis market in Colorado provides us with an opportunity to generate unique insights into the governance and constitution of markets as acts of making the clandestine an object of visibility through regulation and innovation.

Ongoing research in this field will allow us to probe the ways in which markets, governance, entrepreneurs, and various forms of mediation and accounting bring stability to the world around us, and constitute certainty about things that might otherwise be contested.