Is the GameStop Affair a collective action revolting against major hedge funds, or is it just another form of speculation by amateur investors also aiming to become rich? In the course of one week, GameStop’s stock value had catapulted to an impressive 1600% rise from its previous value. This situation had Wall Street trembling, and had hedge funds and individual investors at attention. As GameStop’s stock value continues to fluctuate towards a lower price, its initial steep climb up raises questions on stock market behavior, the actions of hedge fund investors, and the trading technique of short selling. HEC Paris professor of Finance Johan Hombert explains the mechanics behind the GameStop affair and Robinhood trading application.

Listen to the podcast

What are the mechanics behind this affair with GameStop?

The story has often been presented as amateur traders taking a revenge on Wall Street hedge funds. This view has some superficial element of truth, but I believe that it is fundamentally misleading.

First, let’s explain the part where amateur traders take a revenge on hedge funds. GameStop is a brick-and-mortar video game retailer, which hedge funds deemed was over-valued. A number of hedge funds started to short-sell GameStop. To short-sell a stock, hedge funds borrow the stock, sell it in the market, and expect to buy it back later at a lower price, and therefore make a profit.

On this part, it is true that amateur traders played a clever trick to the short sellers. This trick is called a “short squeeze”.

It is also true that a few amateur traders, those who started the short squeeze by buying GameStop when the price was low and sold it when it was high, made money.

But many individual traders also lost money. In particular those who bought when the stock price was already very high, thinking they could make quick and easy money at the expense of hedge funds. When the price eventually crashed, because every bubble eventually crashes, people who bought at the peak of the stock price lost a lot of money. Learn more on my blog post, What is happening with GameStop.

So what lesson can be learned from this story?

The main lesson is that it is naïve to believe that amateur traders can beat hedge funds at their own game. Hedge funds have a lot of resources and brain power, and better access to information than retail traders. Retail traders really stand no chance.

The main lesson is that it is naïve to believe that amateur traders can beat hedge funds at their own game. 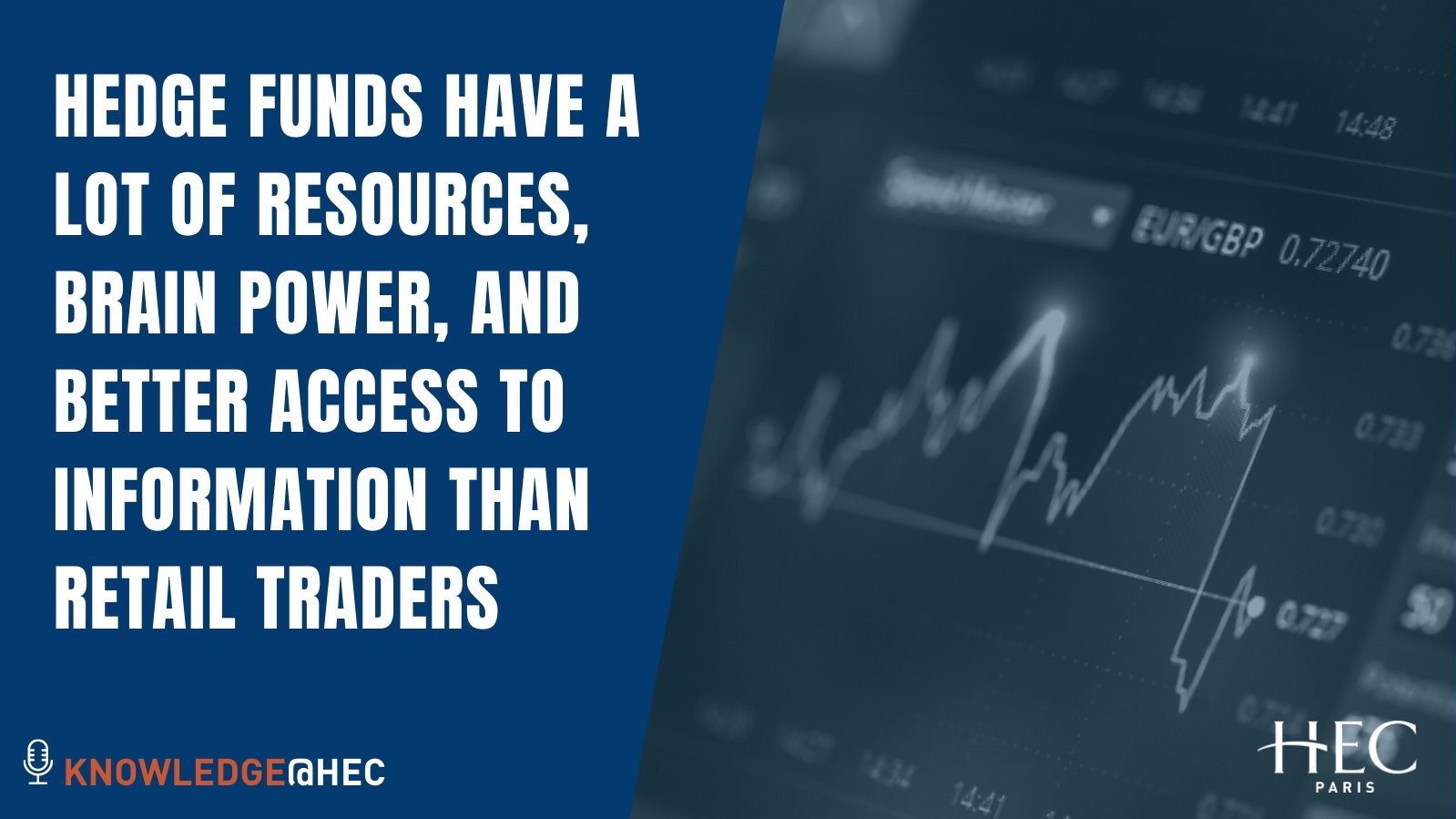 In fact, the very business model of trading apps like Robinhood relies on the fact that amateur traders lose money in the stock market. Robinhood does not charge any fee to its customers. It makes money by selling to hedge funds the right to trade with its customers. This practice is called “payment for order flow”.

The very business model of trading apps like Robinhood relies on the fact that amateur traders lose money in the stock market.

The fact that payment for order flow is a profitable business is very telling: why are hedge funds willing to pay to be allowed to trade with individual traders?

The answer is obvious: it is because individual traders always lose at the expense of hedge funds.

Investing in the stock market is a good idea for long-term investment.

However, day trading and stock picking is a money-losing activity, unless you think you can outsmart other traders. But you have to keep in mind two things. First, not everyone is smarter than average, and second, even fewer people are smarter than hedge funds when it comes to trading.