Sub-Saharan Africa suffers from a lack of energy infrastructure. Increasingly, those without access to the energy grid are relying on solar power for lighting. As part of her MSc in Sustainability and Social Innovation at HEC Paris, Mónica Moncayo Escobar wrote a dissertation on how these Pay-As-You-Go energy solutions are being financed through impact investments. 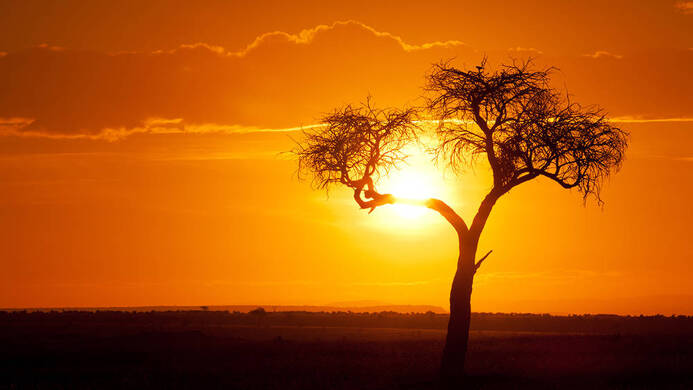 Today, 1.2 billion people in the world do not have access to a reliable electricity supply. More than 53% of these individuals live in Sub-Saharan Africa. Mónica Moncayo Escobar reports that the majority rely on expensive, hazardous and environmentally unfriendly kerosene as a fuel to support their off-grid lives. She cites lack of paved roads as a significant factor in preventing construction of power lines, even in urban areas. With 52-117% higher solar irradiation in Sub-Saharan Africa than in central Europe, Moncayo investigates how photovoltaic systems are becoming the alternative providers of decentralised energy across the region.

In her thesis, Moncayo notes that harnessing solar energy and converting it to off-grid battery power is not a new idea in Africa. She reports that the United Nations Environment Program claims that off-grid lighting solutions are “a multi-billion-dollar market”. At present, reliable and cost-effective Solar Home Systems (SHS) with 20-50 W solar panels that can power LED bulbs and charge a battery are widely available in the region. How are these affordable to the poor Sub-Saharan African population? Moncayo notes that off-grid energy enterprises have adapted their business models to suit their customers. These include Pay-As-You-Go (PAYG) or rent-to-own schemes that allow flexible access to solar energy for as little as 50 US cents per day.

Moncayo reports that one of the best-known providers is BBOXX, a start-up founded in 2010 that has now sold over 85,000 systems, reaching 425,000 people, in over 35 countries. Such access to Solar Home Systems has been welcomed as they enable the poorest to save both time and money. Moncayo states in her paper that before they had access to these systems, the typical customer had to spend more money on kerosene for less lighting quality and travel nearly twice a week to charge their phone.

The problem with the schemes currently in place is that they need initial finance.  Moncayo reports payback periods of about 18 months for each system. For a company to achieve financial stability, they need to sell fast and grow fast. However, even when they are able to expand quickly, they have difficulties to pay back short-term loans with their business proceeds. According to Moncayo, philanthropy, public financing, banks, private equity and venture capital have proven unable or unwilling to match Sub-Saharan Africa’s demands to finance off-grid energy. She investigates how impact investments are stepping up to contribute to fill the gap and help to get off-grid power to the masses.

From the $16.1 billion supplied by impact investors in West and East Africa, $4.2 billion were dedicated to energy.

Impact investments are investments made in companies, organizations or funds that intend to create positive social and/or environmental impacts, while also attaining a financial return. Moncayo reports that in 2015, from the $16.1 billion supplied by impact investors in West and East Africa, $4.2 billion were dedicated to energy. She notes that most of these did not invest in off-grid options, but those that did are largely multilateral development banks, Development Financial Institutions (DFIs), impact investing funds and corporate impact investors. The support offered by these actors is now also getting ordinary investors interested in off-grid opportunities.

Impact investments are more than finance

Moncayo is also keen to highlight the main non-monetary contributions of impact investors. The first is their obvious contribution to the development and availability of off-grid energy systems. They attract new investors and connect them with providers, including those that are social-neutral. As impact investing is a cooperative, rather than a competitive sector, capital can be aggregated for co-investment, cutting transaction costs.

In addition, impact investors can provide off-grid companies with technical assistance and help them grow their networks. Investors get involved in the governance of companies to help preserve their social objectives. Through the impact assessment of their investments, they have the information at hand to further improve the value proposition of enterprises. Overall, the introduction of impact investor capital and management practices strengthens and endorses the entire off-grid sector.

To attain access to clean energy for all, globally, by 2030, the OECD and the EIA, Energy For All- Financing Access For The Poor report (2011) stated that $48 billion needs to be invested each year. Moncayo notes that, if Sub-Saharan Africa requires 80% of all off-grid electrification, it would need investments of $5.6 billion a year. Based on figures supplied by Bloomberg New Energy Finance, Moncayo estimated that $188 million in impact investments were made in the Sub-Saharan African off-grid energy sector in 2015. This is just 3.3% of that required by the OECD Energy for All Case for that year.

Based on projections for the increase in impact investments in the coming years, she predicts that by 2030, the impact investments dedicated to the off-grid energy sector in Sub-Saharan Africa will have the potential to finance 44% of the OECD Energy For All Case annual budget.

Moncayo concludes that this is likely to be less than 1% of the estimated multi trillion-dollar impact investments predicted for 2025 by the Global Impact Investing Network. However, she notes that her analysis highlights the power of impact investors, who are emerging as engine for the global economy and key players in tackling the challenges that the world faces today.

Mónica Moncayo Escobar was a student of MSc in Sustainability and Social Innovation, where she conducted research on impact investing.