What is a cryptocurrency? And what are the stakes of maintaining its stability? What role does it play in Economics and politics? In this interview, Bruno Biais, HEC Paris Professor of Finance and expert of cryptocurrencies, explains. 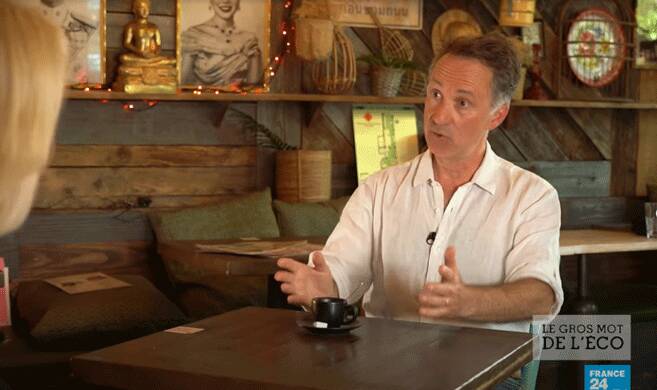 Bruno Biais: The original cryptocurrency was bitcoin. Cryptocurrencies rely on cryptographic and distributed systems techniques that make it possible to maintain a distributed ledger, recording who (which address) owns each coin. This, in turn, makes it possible to transfer payments without any intervention by banks or central banks. This is useful in countries in which the institutions (state, central bank, banks) cannot be trusted (because they are predatory or inflationist).

Cryptocurrencies make it possible to transfer payments without any intervention by banks or central banks.

BB: Cryptocurrency is the right term. The value of an asset stems from the creation of goods and services, e.g., the value of BMW shares stems from the cars built and sold by BMW. The value of a currency, in contrast, only relies on its use as a means of payment. I accept to be paid in dollars only because I anticipate others will accept my dollars as payment. News on the likelihood that a currency will be accepted as payment impact its valuation. For example, when Elon Musk announces Tesla will/ won’t accept bitcoins, this drives bitcoin prices up/down.

The value of an asset stems from the creation of goods and services, whereas the value of a currency only relies on its use as a means of payment.

K@HEC: To avoid the volatility of cryptocurrencies, stablecoins are created. How do they work?

BB: A stablecoin is a cryptocurrency pegged to a stable traditional currency, e.g., the dollar. In principle the issuer of the cryptocurrency promises to redeem it against a fixed number of dollars. For this pledge to be credible, the stablecoin issuer must hold safe reserves in a stable traditional currency, e.g., in dollar denominated Treasury Bills. The problem with this mechanism is that it reintroduces off-chain institutions (the stablecoin issuer, its safe reserves, its bank) and the need to trust them. This is exactly what the creators of bitcoin wanted to avoid.

K@HEC: Will cryptocurrencies ever compete with traditional currencies, such as the dollar?

BB: Two conditions should be met for that to be possible.

BB: Central Bank Digital Currencies (CBDC) are not cryptocurrencies, in that they won’t rely on public blockchains, in contrast with bitcoin or Ethereum. CBDCs will be digital, which is different from being blockchain based. Maybe they will rely on similar techniques as means of payments managed by banks or companies like Visa. Maybe gross payments in CBDCs will be on - private or consortium - blockchains, but retail payments won’t. The main characteristic of CBDCs has to do with economics, not technology: they will enable households and firms to directly hold an account at the Central Bank.

Central Bank Digital Currencies will be digital, which is different from being blockchain based.

K@HEC: Do governments launch CBDCs to maintain their political power?

(1) See research by Ioanid Rosu and Fahad Saleh, “Evolution of Shares in a Proof-of-Stake Cryptocurrency” published in Management Science.

Bruno Biais holds a Ph.D. in finance from HEC Paris, received the Paris Bourse dissertation award and the CNRS bronze medal. He taught at Toulouse...