On September 7, El Salvador became the world’s first nation to make the cryptocurrency bitcoin legal tender across the country. This bold initiative from the tiny Central American state is dissected by HEC Paris Professor in Finance Bruno Biais, who has written several top research papers on cryptocurrency. 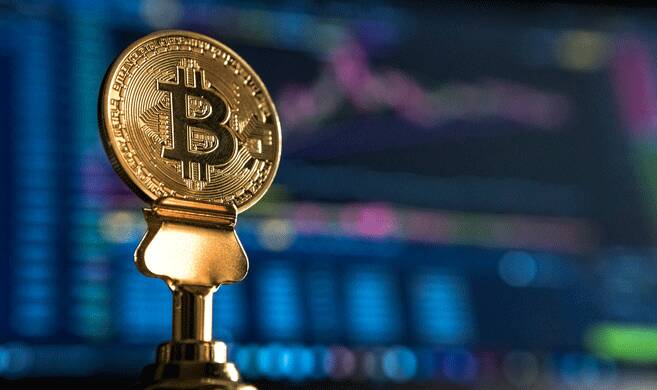 It’s been less than a month since El Salvador made the bitcoin its legal tender. You’ve called the move “bold”; the Financial Times is saying it’s enduring a bumpy first days. Your analysis so far?

It is indeed a bold move. Viewed from the outside, it’s seen as an experiment. At last one country is starting to try to use bitcoins as a means of payment. Maybe it will work – in which case it will be an enormously important step – or maybe it won’t work.

Cryptocurrencies, if they are to survive, must prove that they can be used as a means of payment. The bitcoin IS, in some ways, a means of payment, but it’s not used a lot. And El Salvador is REALLY changing the picture.”

The bitcoin was created 13 years ago. Why? And where is it most impactful?

Initially, the bitcoin was created to enable payments without institutions, without banks, without states, without central banks. This is especially important and useful in countries where institutions are not working very well. El Salvador is one of them, but there are a lot of others, in Latin America and Africa, as well as other parts of the world, where banks are not very trustworthy and efficient.

So, for those countries, if things work well in El Salvador, they might follow up with something similar to what happened in El Salvador.

The bitcoin is just the first of many cryptocurrencies. But it was the first one invented. Basically, it’s the mother of all cryptocurrencies. And you have to remember this: it’s a distributed network. It has no central authority. It’s completely decentralized. Everyone makes decisions individually. That’s the beauty of the blockchain: it’s decentralized and distributed. But it’s also a problem when it comes to coordinating to change things.

In a paper, you’ve written that there are four major risks concerning the bitcoin: volatility, cost, government constraints, and the environment. Could you elaborate?

Yes, the bitcoin is very, very volatile. It’s moving a lot more than commodity prices or the stock market. If you are paid in bitcoins one day, you can see your salary drop by 30% in a day! If you’re living in a developing nation and you’re not wealthy, it can be very costly.

As for the carbon footprint, it’s ridiculous, it cannot continue. But we have to draw a distinction between cryptocurrencies and blockchain protocol. The blockchain protocols are the infrastructure on which the cryptocurrencies are living. And the protocol we’re using now is called proof of work, and this is what consumes an enormous amount of energy. There are other protocols in circulation: the major one is called proof of stake, which is another way to select randomly a person who is going to choose the next block in the blockchain. And proof of stake consumes a lot less energy. So, I think what’s going to happen in the future is we either move away from proof of work and go to something less costly in terms of energy, like proof of state. Or cryptocurrencies disappear.

Bruno Biais is the author of "Strategic Interactions in Blockchain: A survey of game theoretic approaches" in the book, "Principles of Blockchain Systems". This book contains contributions from various blockchain researchers. While most of the contributions are on computer science, the chapter by Bruno Biais proposes a game theory approach. Find the book edited by Morgan & Claypool Publishers here.

Bruno Biais holds a Ph.D. in finance from HEC Paris, received the Paris Bourse dissertation award and the CNRS bronze medal. He taught at Toulouse...