On June 8, HEC Paris invited Jean-Pierre Dick, quadruple winner of the Transat Jacques Vabre and double winner of the Barcelona World Race (double-handed round the world regatta). The man described as as a “gentleman skipper” by another sailor, Loïck Peyron, is a veterinarian by training, an entrepreneur and an MBA graduate from HEC, Dick shared with HEC Paris professors and collaborators (by videoconference) his unique experience in crisis management. 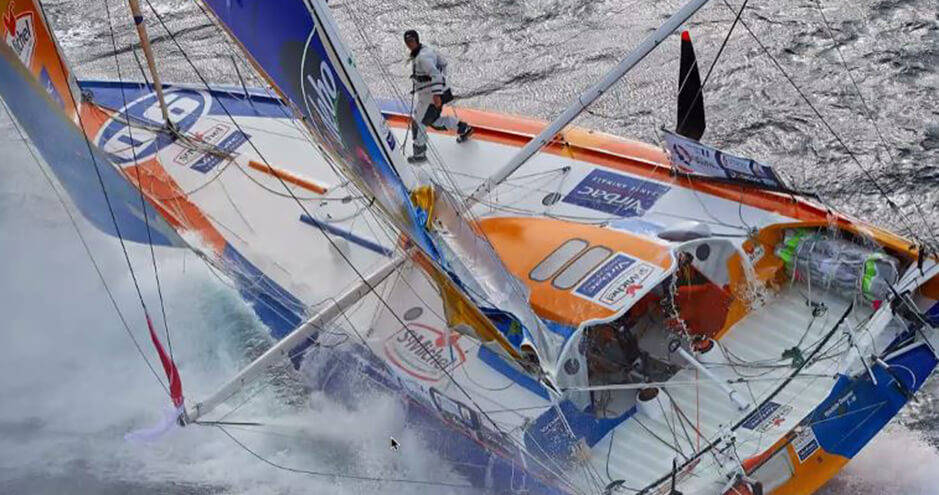 "I was pretty atypical in this business." Originally from Nice (most of the professional sailors were born on the Atlantic coast), Jean-Pierre Dick first chose to study veterinary medicine, like his father, who founded a pharmaceutical laboratory at the end of the Sixties dedicated to animal health. Fascinated by the sea, Jean-Pierre Dick has been a sailor since 2003, a passion that has not made him lose sight of his entrepreneurial activities, stimulated by his time on the benches of the HEC MBA in 1997.

An Entrepreneur in the Vendée Globe

To share his vision of crisis management, Jean-Pierre Dick chose to talk about a pivotal moment in his career, back in 2012-2013. It occurred during his third participation in what is sometimes called the "Everest of Sailors", the Vendée Globe; a single-handed, non-stop, assistance-free, round the world sailing race. Taking part in this race is of course a sporting challenge, but it is also a demanding long-term project. In Dick’s case, four years of preparation, a team of 15 people mobilised, and an annual budget of nearly €3 million euros plus tax...

But Jean-Pierre Dick's training and experience were a perfect match for this challenge: his entrepreneurial vision of ocean racing marks him out in the hermetic world of sailing, and from the start of the race, at the end of 2012, the results were there. Three weeks after the start, he was amongst the leaders as he approached the Cape of Good Hope, and rounded Cape Horn in third place. On January 20, the unthinkable happened: the keel of his boat Virbac Paprec 3 came loose!

The incident was technically very serious, but fortunately it did not develop into a tragedy: the boat did not capsize, and Jean-Pierre Dick immediately decided to activate the crisis unit within his team. Meticulously prepared for any crisis, his crew members were prepared for the situation and followed the procedures that had been thought up for months: each member of the team had the same information, grouped together in a folder, identical for everyone. The discussion quickly centered on the possibility of abandoning the race; But that is where the sailor makes his most important decision: after noting the irretrievable loss of his keel, Jean-Pierre Dick first decided to eat a hot meal and sleep for a few hours. His reaction to an unexpected upheaval led to sharing with his audience his first piece of advice: above all, stabilize the situation and accept the new one created by the sudden change. Three main action principles also guided the ensuing exchanges with his team and the media: being factual, being honest, and being able to say "I don't know". 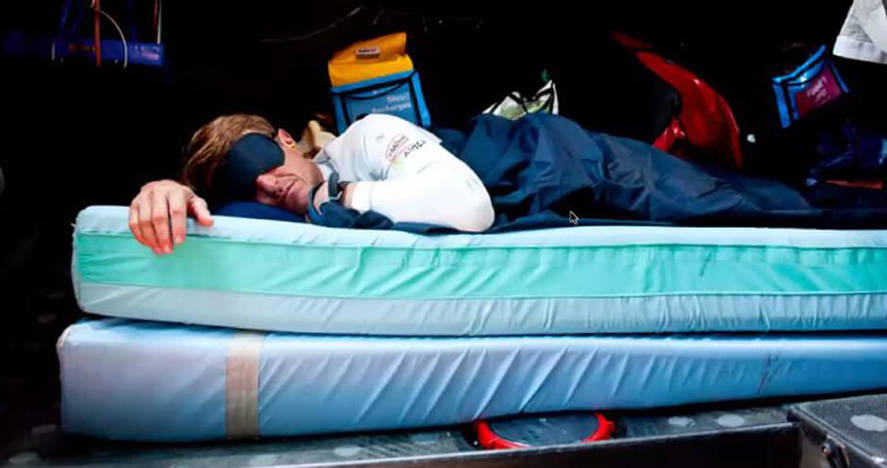 Knowing that the race was definitively compromised, Jean-Pierre Dick decided to make a radical change in his approach. He gathered his team around a new objective: reach and cross the finishing line at Les Sables d'Olonne (which means sailing a further 2,400 miles, or nearly 5,000 kilometers, the equivalent of a Transatlantic race!) with a complete new course of action(a boat without a keel...). Risks sprouted everywhere, but Jean-Pierre Dick then remembered the principle of attrition enunciated by the great scientist Joël de Rosnay: "The risk is here, but I control it". On his side, the boat's insurer asked the sailor to head to the nearest port from where the incident took place, which was the Azores Islands.

As luck would have it, a strong atmospheric depression was forecast over the Azores, which was potentially dangerous for a boat in this state. Jean-Pierre Dick then proposed to his insurer the only option still open to him: to head for Portugal, which would mean reinforcing his newly-established strategy aimed at finishing the race (during the conference, Dick reminds us of the "Foot in The Door Technique" learnt at HEC Paris). However, having reached Portugal, then Spain, a new unforeseen event was about to take place: the yachtsman learnt that a storm was approaching in the Bay of Biscay. The rules of the race prohibited him from stepping ashore: in order to stay in the competition, Jean-Pierre Dick therefore anchored near La Coruña and let one of his rivals snatch third place in the race from him. He set sail again and finished fourth at Les Sables d'Olonne, after 80 days at sea. Dick was welcomed by a huge crowd, impressed by his performance.

According to Jean-Pierre Dick, a crisis is above all a unique opportunity to go further, to push beyond one's limits. It also inspires an unequalled level of personal and collective satisfaction, commensurate with the difficulties encountered. The unprecedented 2012-2013 experience prompted him to propose a six-point crisis management framework:

Like many top athletes, Jean-Pierre Dick's unique experience carries important lessons for the future. Perhaps people can draw inspiration from his experience to face a collective crisis as unexpected and huge as the Covid-19 crisis: in order to manage the emergency, learn from it and anticipate other crises that are likely to disrupt our future. It may also inspire other sea adventurers, such as Clarisse Crémer, who graduated from HEC Paris in 2013. She is one of six women who will be on the starting line for the next Vendée Globe, which starts off on November 8.