The 2022 D-TEA (Decision: Theory, Experiments & Applications) was historic in two ways: as a tenth anniversary marking HEC’s expansion into a crucial economic field. And as a moving homage to one of the event’s pioneers, Professor David Schmeidler, who passed away on March 17, 2022. 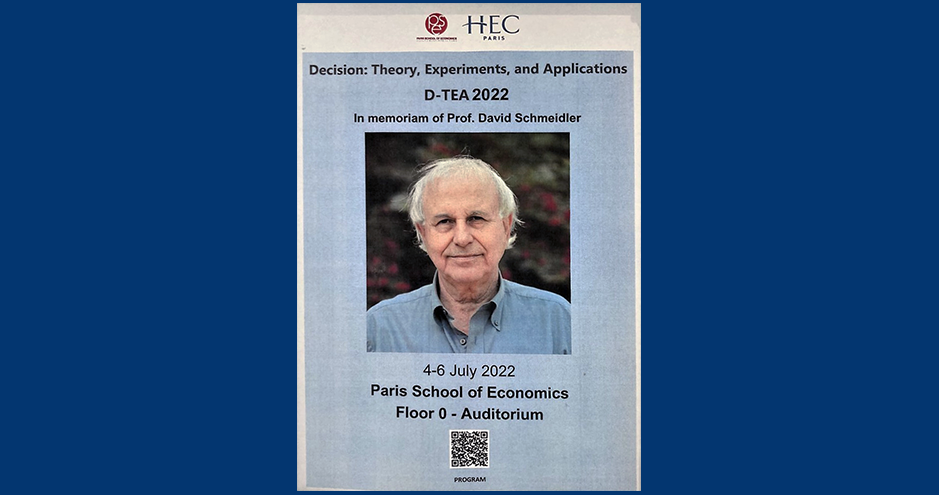 “David was the first person to encapsulate uncertainty mathematically. It was just beautiful, liberating.”

“His work changed the whole course of my career which, over the last 30 years has been related to ambiguity. David was an incredible influence on me.”

“I see a nicely developed tree of descendants growing around David’s legacy. Generations of students are making his influence grow and grow.”

Just some of the eulogies from participants at the July 4 D-TEA for the late David Schmeidler. D-Tea, an annual event held at the Paris School of Economics, has been marked from the start a decade ago by the mathematician’s presence. So, unsurprisingly, emotion ran high at the opening session of the three-day gathering, organized just four months after Schmeidler’s untimely death. “David was one of the founding fathers of Decision Theory,” said co-organizer Itzhak Gilboa, one of Schmeidler’s closest associates in a research partnership that spanned 40 years. “We had a very strong relationship and there’s frankly not been enough time for me to process or to explain his disappearance. This 10th edition of D-TEA has a very strange feeling for all of us. David Schmeidler’s contribution over the years has been vast. But, if there is one message he might have wanted to share with you today it’s that what we do should matter to society.” 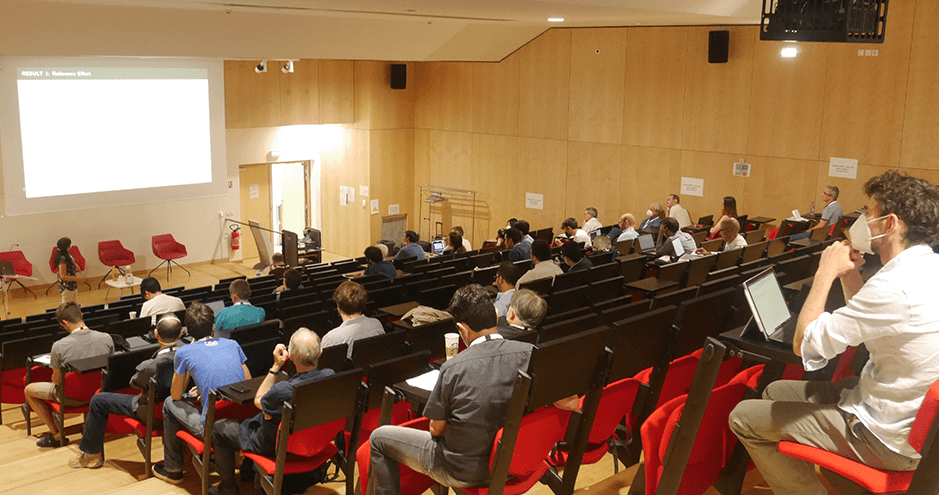 Schmeidler was an economic theorist and mathematician who developed research which explores individual decision-making under uncertainty and towards ambiguity.  His work represented a “Second Big Bang” in the field, according to one of his former collaborators, Massimo Marinacci. The Bocconi University professor delved at length into Schmeidler’s contribution to decision theory in the conference’s opening presentation. Marinacci retraced the Polish-born economist’s enduring contributions to game and general equilibrium theories. He explained how the nucleolus approach Schmeidler molded for his PhD - with its formal concept of fairness - allowed scholars to, amongst other things, unravel a Talmudic enigma that had defied academics for two millennia. “David was a very deep thinker right up to his last days,” confided top Yale economics professor Larry Samuelson. “He was always impressive in the clarity and precision of his thought. He was innovative and always happy to think outside the usual sorts of assumptions or models that we work with…” Samuelson paused: “David was always happy to question things that perhaps the rest of us just took for granted.”

This included the monumental reassessment Schmeidler undertook of the works by American mathematician and pioneer Leonard Jimmie Savage. Savage’s work in the Fifties (the “First Big Bang”, on subjective and personal probability) had remained unchallenged for decades with a clear and simple Bayesian belief that quantifying any source of uncertainty could be achieved probabilistically. Schmeidler questioned this, suggesting that the Bayesian approach is not necessarily more rational. Itzhak Gilboa, who began as an undergraduate student under Schmeidler’s tutelage, pursued: “Savage’s theory is wonderful in clarity, but it’s not enough. The major contribution by David was to challenge the idea that we have probabilities which we can quantify. This is simply not the case: a range of behavior patterns cannot be explained by Savage’s standard theory. More importantly, David insisted on intuition, and argued that philosophical ideas are important and decision theory is not just about explaining some experimental results.” Gilboa expanded: “He also believed theory must be relevant to society, enough to matter to real people, encouraging notions which change the economy and economics as a field.” The HEC professor has carried on in Schmeidler’s footsteps, his theoretical work ranking him as one of the world’s top six economist theorists (according to a June study published by Stanford University).

Larry Samuelson, meanwhile, underlined the fact that Schmeidler never sat back after his two pioneering works in 1989: “32 years ago, David published groundbreaking research, first on the Choquet integral as a model of decision making with imprecise probabilities and then working on the max-min expected utility models. Both have been the point of departure for an enormous literature in decision theory and, alone, would have represented a good career for an ordinary person. But David was no ordinary theoretician and right up to his final days he published important studies.”

Despite being a first-rate mathematician, Schmeidler curiosity took him beyond his field: “He was interested in the meaning of the mathematics and its impact on the world around us and what it reflected on the world around us,” stated Samuelson. “David introduced the notion of ambiguity and insisted that subjective probability distribution should not dictate every decision under uncertainty, so there’s no reason to apply Bayes approach relentlessly. Sometimes we should be cautious about our probabilities and I believe that has an impact on how people make decisions in applied circumstances.” Gilboa noted Schmeidler’s ability to draw people to this economic field: “It was basically dormant since the 1950s,” he said, “until he started reviving it in the Eighties and giving it new energy and ideas.”

This 10th edition did indeed confirm the growing interest in decision theory, with well over 100 academics signing up for the three days. “When D-Tea started 10 years ago, there was a much smaller group,” noted Samuelson. “I’m gratified by the number of people we are attracting, but also by the number of young people in this audience – it’s not just the case that the same people have been aging along with DT and that eventually they will disband by attrition. This type of interest is growing amongst the new generation of people doing economics and decision theory. That leads me to believe that we’re going to see DT flourishing for a long, long time. And that can only make someone as visionary as David Schmeidler proud.” 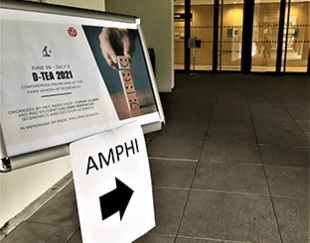 The 13th D-TEA was tinted with sadness as it paid a ringing homage to HEC Professor Philippe Mongin, who passed away shortly after last year’s conference. The French economist had built on the utility... 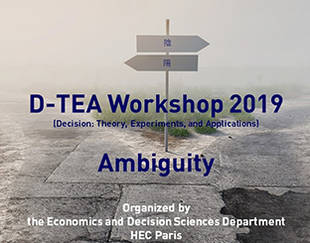