New student-led selling points have seen the day this year on the HEC campus, marking a push for accessible, user-friendly and ecologically driven initiatives. Driven by the school’s Esp’R association, local food products and recycled furniture are now on offer to the school’s students and staff, both inside and outside B building. The initiatives are actively supported by the school’s administration, as reflected during the August 31 Open Day. 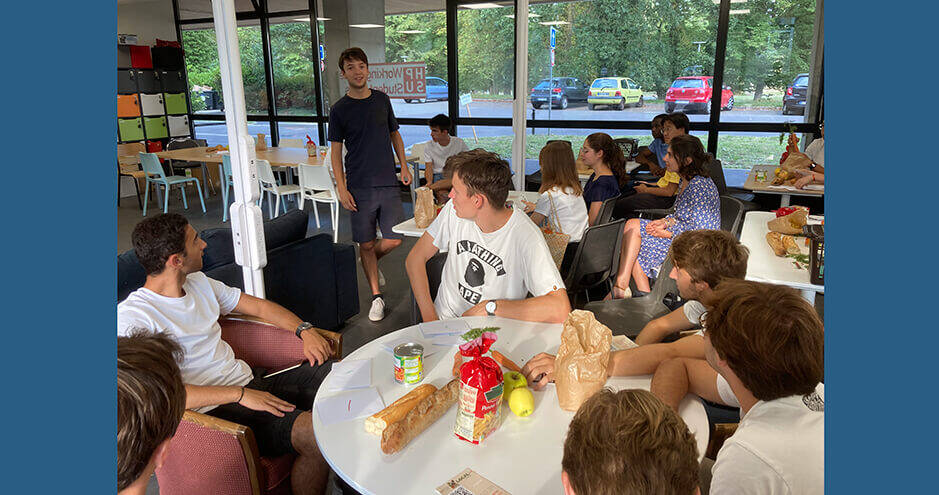 While there is some way to go before HEC reaches the levels of Bowdoin College in Maine, USA, or the University of Roehampton in the UK, the school’s students have made giant leaps towards offering campus dwellers low-cost organic products and recycled furniture. Since February 2022 Le Local and Meublation have been expanding their offer, thus increasing their ecological engagement towards the student population of over 4,000. Meublation (from the word “meuble” or furniture, in French) was founded in 2019 but took off last year when HEC’s green club Esp’R took over the organization. Their idea was to recycle the furniture and appliances that students threw away when leaving campus. “What a waste we thought!” underlines the association’s website. “Each year around seven tons (were discarded) because students did not know what to do with the stuff.” So, a small but determined group of students decided to facilitate the sale of the goods between outcoming and incoming students, as part of the circular economy many are hoping to instill on the campus. “A win-win for the HEC community and the planet.”

Shortly after, Le Local saw the light of day, selling fruits, vegetables and dairy goods produced on and around the Plateau de Saclay. The short film by student Augustin Liang summed up the aims of the shop: sustainable, low-cost goods and an alternative to the supermarkets nearby. “We are greener, cheaper and more ethical. Supermarkets don’t hesitate to import from faraway countries, off-season and overdoes its packaging. We simplify access to affordable, local and organic products, favoring seasonal goods and a short food supply.” Since it began operating in February 2022, Le Local has been growing steadily and is establishing tighter relations with another student initiative, HEC’s permaculture project Potajouy.

All these student projects featured in the August 31 Renewable Campus tour organized by Esp’R. Over 800 people, mainly first and second year (L3 and M1), took part in the workshops, debates and displays, all designed to promote the sustainable development projects on campus. The daylong event also included a presentation of the biowaste program by the "Les Alchimistes" collective and a debate at the HEC canteen on sustainable dining. The organizers were closely supported by the campus services team. They reflect a general commitment by several institutions on the Plateau de Saclay (including ENS, Polytechnique, etc) to encourage student-driven projects such as ELSE (Local, Fair and Ethical Grocery).

“We’ve been surprised at how strong the response has been,” said M1 student Mathieu Fantinot, as students filed into the first floor Local shop to order or buy the fruits and vegetables on display. “The demand has been so great that we’ve asked the HEC administration to try and find us a larger venue, which would house both us and Meublation. And we’ve expanded from fruits and vegetables to selling cosmetics, bread and dairy goods.” A similar diagnosis is made by M1 student Ulysse, one of six volunteers in the Meublation association. He took a moment off between the lively exchanges with eight student groups of the day. “We have over 750 items stocked here,” he said, showing one of two containers packed with furniture ranging from wardrobes to ovens, fridges and fans. “We’re even having to reject items for lack of space. Hopefully, a larger venue can be found to stock everything.” 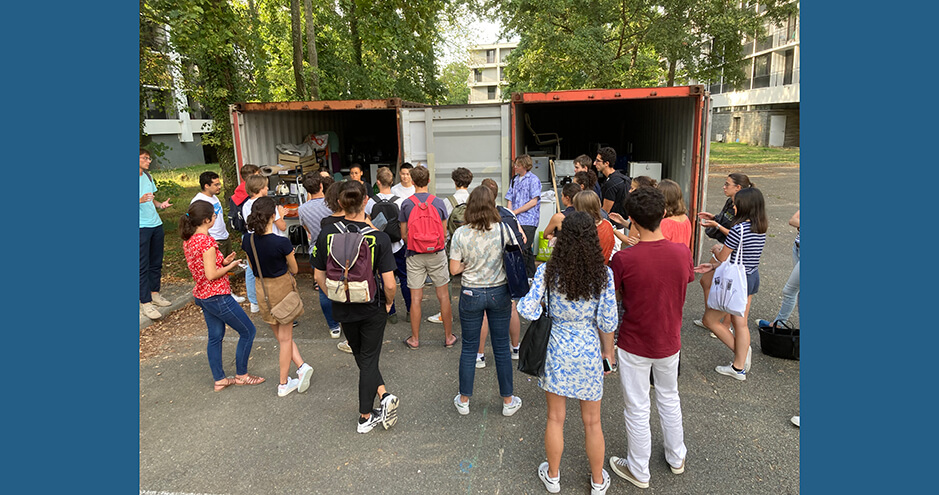 The two initial Open Days have brought their rewards, as Meublation sold over €12,000 worth of furniture on behalf of students. And the students proudly share their achievements on line: a 40% reduction in furniture waste in the association’s first year and over 800 items reused in the same period. Meanwhile, Esp’r aims at increasing its commitment to concrete on-campus projects in the coming year. Second year student Quentin recently testified to the media: “It’s a great way to show students who are often unaware of practices such as permaculture exactly what sustainability consists of. And working on vegetable patches is a great way to do something concrete while putting on temporary hold the lively student life at HEC.”