One of the biggest and most ambitious data competitions for students, Master in International Finance student Frederick Sluzaly and his team won 1st place in this year’s virtual edition of the Citadel Data Open, beating 7,102 applicants and taking home a prize sum of $100,000. 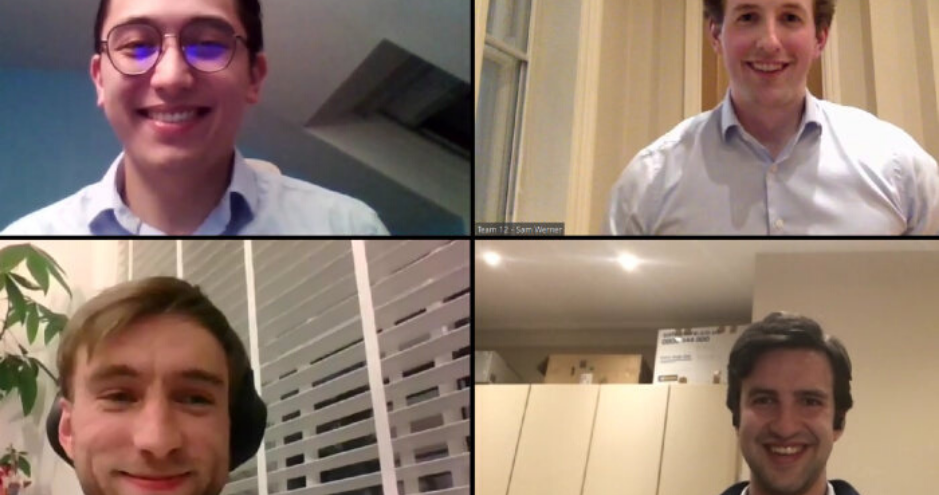 Winning gold and $20,000 at the regional European Datathon in March, Frederick and his three PhD teammates from Imperial College London surpassed all expectations when they proceeded to land the top spot in the finals, at the Citadel Data Open Championship. Competing with the brightest student minds all over the world, the event hosted participants from Berkeley, MIT, Harvard, Cornell, Cambridge, Oxford, Caltech, and Stanford, to name a few.

The Citadel Data Open Championship – which took place during the first week of April – was a culmination of 11 regional competitions in the UK and USA, uniting the winning 20+ teams in the final event.

“The aim of the competition was to apply statistical analysis to real-life data, to solve real-life problems”, Frederick explains. In both rounds, teams were presented with a theme and corresponding data sets. They then had to pose their own question to answer, using the data available to them.

Frederick and his team won the jury over at the regionals by analyzing the effects of a bike station’s surroundings on its popularity – and they continued to impress at the finals. After five days, applying statistical and machine learning techniques to assess the impact of delivery times on customer satisfaction for an online retailer in Brazil, they provided statistical evidence that longer delivery times lead to decreased customer satisfaction.

The 3rd edition of the Data Open Championship, the 2020 event was to be held at the New York Stock Exchange. However, in light of the COVID-19 pandemic, and thanks to the organizers’ dedication, the finals were moved online.

“The virtual set-up definitely made it more challenging, as we were all in different places but had to be in constant contact with one another”, Frederick elaborates.

Despite this hurdle, Frederick and his team still managed to produce a world-class data analysis – and of course, to win!