The health crisis we are experiencing concerns individuals, but also companies and organizations. HEC Paris' corporate partners get involved and mobilize their teams, resources and technologies to help patients, caregivers and local and national public authorities.

Find on this page, regularly updated, the initiatives taken by HEC Paris' corporate partners in response to the Covid-19 epidemic. 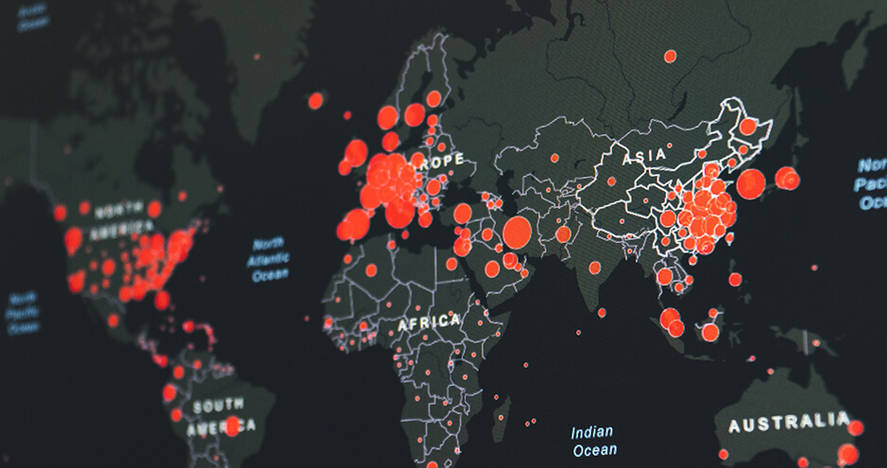 BNP Paribas responds to the appeal from the Paris social emergency services (SAMU social de Paris) to collect lunch and meal vouchers, by donating 20,000 meal vouchers that will enable the homeless and people in great difficulty to buy food in the stores.

To enable teenagers to attend school in optimal conditions, BNP Paribas donated 600 computers to secondary school students who do not have one, through associations such as Télémaque, Le choix de l'Ecole and Viens voir mon taf, which are residents of L'Ascenseur, a Parisian grouping of some twenty equal opportunity associations.

Arval France makes 50 vehicles available free of charge to healthcare staff, associations and other structures directly involved in the fight against the virus, for a period of 3 to 6 months.

BNP Paribas has agreed to provide the Institut Pasteur with €1 million in support of scientific programs to tackle the epidemic, and research to develop a vaccine.

BNP Paribas also calls on its employees who wish to do so to get involved through its "Emergency & Development" fund, which was activated worldwide on April, 10. The fund will support a global program of humanitarian NGOs working to help healthcare personnel, ensure food security in the areas most vulnerable to the health crisis, and raise awareness of hygiene issues. Each employee payment will be matched by BNP Paribas.

Find out about all the actions implemented by BNP Paribas Group as part of its emergency support plan to face the health crisis.

€10 million bond issue was placed with a French institutional investor with an 11-year maturity. It will be used to cover AP-HP's general needs as part of its annual financing program.

Paris, April 24, 2020 – Capgemini today affirmed its commitment to the global fight against COVID-19, by detailing a series of initiatives being undertaken across the Group. Capgemini colleagues have mobilized strongly, expressing their solidarity and leveraging their creative and deep technology and data expertise, to address the needs of local authorities and communities as they cope with the crisis.

The French headquarters of EY, an English audit firm based in La Défense business district in the First Tower, has just donated some 2,000 masks for French healthcare workers fighting against Coronavirus (Covid-19).

"EY had built up a precautionary stock of precautionary FFP2 masks for its employees in consultation with our occupational doctor when we first heard about the crisis in China," says Eric Fourel, Managing Partner of EY in France. "As the vast majority of our employees now work from their place of confinement at home, we wanted to make a basic gesture of solidarity by giving these masks to the medical staff of Hauts-de-Seine department (92) and the offices in regions where EY is present, except for what is necessary for the protection of our on-call staff who always work on site".

Since January, the Kering Group and its Houses have helped in the fight against the pandemic through numerous actions in several regions:

In France, Kering purchased and imported from China 3 million surgical masks, for France’s health services. The Group also made a financial donation to the Institut Pasteur to support research, and financed the purchase of 60 3D printers for AP-HP (Paris hospital authority) to rapidly produce protective equipment and medical devices at the Cochin Hospital.

Meanwhile, in parallel with the action carried out at Group level, Balenciaga and Saint Laurent have reorganized their workshops to produce 15,000 surgical masks a week for medical staff in Paris hospitals.

Because lockdown and social distancing should not mean total isolation, Kering and several of its Houses decided to share moments of relaxation, inspiration and creativity with their communities.

Bottega Veneta has thus launched Bottega Residency, a platform for creative expression, inviting collaborators, talents and muses of the House to share their inspirations, and proposing works and cultural events. while Alexander McQueen launched the #McQueenCreators challenge, asking its community to work on a series of projects based on the House’s creations.

In these turbulent times, social ties and mutual aid must not be forgotten. The KPMG Foundation has therefore decided to launch a remote sponsorship operation within the framework of the Lycées de la Réussite.

For example, KPMG employees work with high school students in their final year, a few months away from the baccalaureate and in the middle of the Parcoursup application process, who no longer have a teacher to help them on a daily basis and not always parents who are able to advise them... The topics covered are wide-ranging: youth orientation, homework help, preparation for the baccalaureate, time and stress management, training (in the use of Excel, for example), speaking, use of the LinkedIn network... Even at a distance, the exchanges remain valuable and enable the young people to stay on track.

The Night of the Common Good (La Nuit du Bien Commun)
KPMG France has partnered with the Night of the Common Good for the event Change la donne (Change the deal): 1 hour of live-donations to support 6 organizations working on urgent issues in these times of health crisis.
On April 14th, during the live broadcast by French TV animator Nagui on the Youtube channel of La Nuit du Bien Commun, the following associations were able to pitch themselves  :

L'Oréal mobilizes and makes available to the French authorities its operational infrastructures in France and China to order medical equipment in large quantities. Several hundred respirators and tens of millions of masks will be shipped to France in accordance with government instructions. Cosmetic production lines are also mobilized to produce hydroalcoholic gels.

L'Oréal teams in Europe, North America, Asia, Latin America and Africa are dedicated every day to the production of hand disinfectants. They are preparing a total of more than 1,000 tonnes of this product for donation.

Solidarity with the most underprivileged: the L'Oréal Foundation has decided to donate €1 million to its partner associations, which are committed to the fight against precariousness. These associations, supported throughout the year by the L'Oréal Foundation, will also receive hygiene kits (shower gel and shampoo) and hand disinfectant for social workers, volunteers and beneficiaries.

The tire manufacturer mobilizes its research teams, its know-how in materials and its industrial sites to develop, manufacture and make available in a very short time an accessible mask model that can be reused up to 100 times, thanks to five washable and interchangeable filters.

The production target is one million masks per week in May, with an ambition to exceed five million by the end of June, the equivalent of 500 million disposable masks today. Michelin has announced that it will offer part of the masks ordered to regional health agencies.

Donations of masks and protective suits, provision of vehicles for healthcare personnel, manufacture of visors and parts for artificial respirators using 3D printers, etc.: Renault group employees have mobilized to help the teams involved in the fight against the Covid-19 epidemic around the world.

In France, nine hospitals of the Ile-de-France region and the Paris Red Cross can use 300 Renault Zoé from the Zity electric car-sharing fleet free of charge. Throughout France, the Renault dealer network is also lending a thousand replacement vehicles to medical staff.

The manufacture of an injection mould on the Guyancourt site will make it possible to produce an average of 15,000 protective visors per week. Finally, a team has joined, alongside other companies, the "Makers for Life" initiative led by the CEA (the French Alternative Energies and Atomic Energy Commission) for the short-term design of 500 respirators.

Providing 10,000 artificial respirators in 50 days: this is the challenge that a consortium of companies, including Schneider Electric, has just taken up. The operation, carried out at the request of the government, started at the beginning of April and is expected to last until mid-May.

The French Government, Unibail-Rodamco-Westfield and a number of women’s rights organisations open “safe spaces” in eight of the Group’s shopping centres in France, in the context of the fight against COVID-19.

In close cooperation with Marlène Schiappa, Minister of State for Gender Equality and the Fight against Discrimination, attached to the Prime Minister, Unibail-Rodamco-Westfield has committed to support abused women and address domestic violence amidst the COVID-19 outbreak, by offering empty retail spaces in its shopping centres that remain accessible.

As part of a partnership with the Red Cross Insertion and the NGO  Solidarités International, the Veolia Foundation mobilizes to help people living on the streets to protect themselves against Covid-19. Sanitation kits are being distributed to the homeless and in camps, squats and shantytowns. 55 individual housing units will be made available at the Jonage Campus for isolated and vulnerable people.