How Believing in Unsubstantiated Claims Leads to Polarization

The COVID-19 pandemic has fostered the sharing of conflicting and unsubstantiated claims by public figures. Early November, a deeply divided nation elected Joe Biden as the President of the United States. A recent research published by professors Anne-Sophie Chaxel of HEC Paris and Sandra Laporte of Toulouse School of Management reveals that individuals believe in unsubstantiated claims when shared by favorite public figures, explaining polarization in opinions. In this article, Anne-Sophie Chaxel explains how do rational people come to strongly believe in unchecked claims. 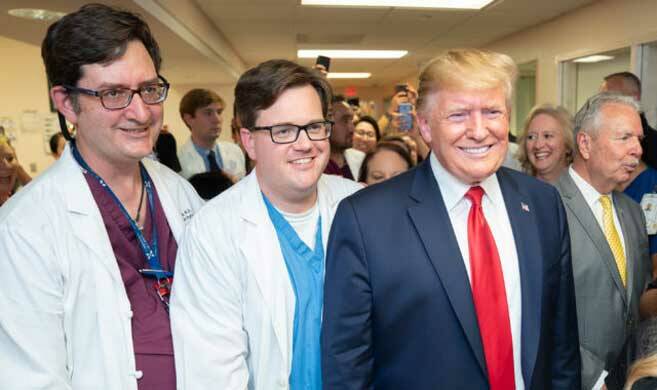 Knowing what to believe in the context of COVID-19 is challenging. Conflicting narratives from an array of prominent sources make distinguishing what is true and false difficult. This research highlights a new phenomenon, that we label “truth distortion” and is a major source of polarization in opinions in uncertain environments.

The COVID-19 pandemic has fostered conflicting narratives where so-called facts are shared without substantive evidence by various public figures.

The goal: Understanding how people come to believe unsubstantiated claims

The COVID-19 pandemic has fostered conflicting narratives where so-called facts are shared without substantive evidence by various public figures. For instance, during the French lockdown, a number of personalities defended or rejected the idea that hydroxychloroquine was a cure for the virus. The resulting controversy triggered a number of heated debates on this topic.

How do people come to strongly defend or reject this type of controversial claims? “Controversial” in this context is meant as a synonym of “unsubstantiated”. In other words, the statement, or fact under consideration, is not yet fully established. In other words, “truth” is actually unknown.

Because so much information during the COVID-19 pandemic was shared across media without proper vetting, we decided to investigate how a preference for a source of information influences our way to judge unchecked statements as to be true.

We started with this initial insight: judgments of truth are more often than not constructed, meaning that they are not binary and they are sensitive to context. Said differently, hearing that hydroxychloroquine could be a cure to treat the COVID-19 does not trigger an immediate labelling as “true” or “false”. Instead, people ascribe to such uncertain statements a likelihood they may be true, based on their prior experience and knowledge.

Based on this insight, we made the hypothesis that truth judgments may be distorted by context, such as participant’s prior knowledge about the source of information. Because so much information during the COVID-19 pandemic was openly and repeatedly shared across media without proper vetting, we decided to investigate precisely the process by which a preference for a source of information influences our way to judge unchecked statements about COVID-19 as to be true.

The Method: Tracing the distortion of truth judgments related to COVID-19

To reach our objective, we ran two studies. In the first study, we gave some preliminary information to the participants about a judge in the United States, currently reviewed by a senator committee to be appointed in the US court of appeals. While we were reading this background information, the participants were asked several times whether they would support his nomination. Because most of the information provided to the participants was positive, a very large majority of the participants supported his nomination. Once this preliminary information was reviewed, participants sequentially read three opinion statements by this same judge, on topics related to COVID-19, such as whether the virus is man-made. After each of these three opinion statements, they were asked to indicate their support for the judge, and the extent to which they agreed with controversial statements related to COVID-19.

In our experiment, only about 11% of the sample changed their voting decision following repeated unsubstantiated claims from a politician they liked. It means 89% of the sample actually sticked to their preferred candidate, even if his claims were unsubstantiated, such as claiming a specific drug could help cure COVID-19.

We then compared those responses to the responses of a control group, who indicated their agreement with the same statements, without any knowledge about the judge or his nomination.

When comparing them, we could compute a “truth distortion” score for each participant and each statement, measuring the extent to which participants switch their truth judgments in the same direction as their preference for the public figure that is the source of information. The second study replicated the first study, with statements unrelated to COVID-19.

We found that an early positive or negative evaluation of a public figure causes people to distort their truth judgments in the same direction as their preference. We found that early support for a public figure translated into endorsements of the statements made by that figure, regardless of the validity of those claims. In other words, people would believe false or unsubstantiated statements if made by someone they liked and supported.

In addition, the research also revealed that people would grow more supportive of other unconnected claims the public figure would have and would become ever more convinced when claims were repeated over time.

For instance, imagine the public figure supported the idea that COVID-19 is man-made, and that participants in turn tended to believe it more, i.e,. “distorted” their truth judgment in the same direction as the source of information. If this same public figure then states that hydroxychloroquine is a cure for the COVID-19, results show that participants will support this second statement even more than they supported the first. In other words, support, or “distortion of truth” fuels up even stronger support. The consequence of this process is that only a minor proportion of people reversed their early preference for the source, despite the highly controversial nature of the statements.

Equally, we also found that people who did not like or support the source making unsubstantiated statements, their disapproval of the source’s claims would grow over time.
Indeed, the minority of participants who did switch preference during the choice task, i.e., decided not to support the Judge’s nomination, and kept their rejection.

Imagine you do not support the judge’s nomination. Then hearing him voicing that COVID-19 is man-made will make you even less likely to believe in this statement than the control group.

Interestingly, within this minority of people turning against the judge, rejection was actually close to twice stronger than for participants who supported the judge. Insistant support or rejection by participants therefore triggers disagreement about what truth is or is not, across groups. In other words, support or rejection of a public figure is a psychological mechanism by which polarization may occur.

The “truth distortion” phenomenon - or the fact to support or reject more the same person over time, highlighted in these two studies demonstrates how uncertainty in information can become a major source of societal polarization on a major public health issue, such as COVID-19.

The fact to support or reject more the same person over time demonstrates how uncertainty in information can become a major source of societal polarization on a major public health issue, such as COVID-19.

Both positions are crucial in understanding the process of polarization. Indeed, possible consequences include individual’s willingness to comply with preventive measures, growing disparities in public opinion, and heated disagreement on what is true or not true, even in the absence of actual scientific evidence. A concluding remark would be on ways to fight the phenomenon distortion, which is the topic of our on-going research.