How to Explain Warm-Glow Giving?

Stefania Minardi and Özgür Evren use decision theory to explain why some people experience a ‘warm-glow’ when they give time or money to good causes. Their analysis suggests that this feeling is proportional to the private cost incurred by the donor, provided that he could have chosen a more selfish option. 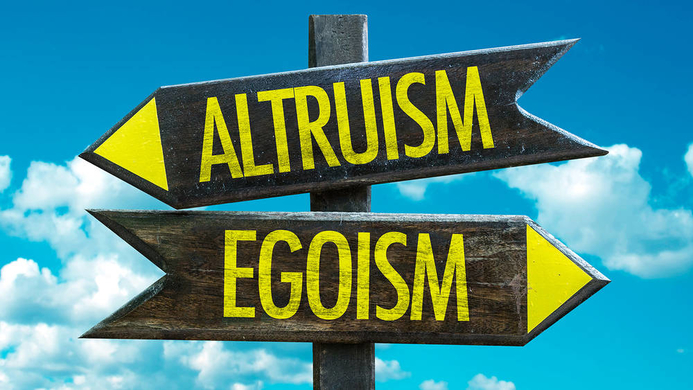 Despite the standard economic paradigm that we are all self-interested, plenty of people get involved in prosocial or philanthropic activities: charitable contributions, blood donations, voting, recycling, and so on. However, experimental and empirical evidence shows that this behavior may not be entirely altruistic. Studies show several other factors at work. For example, an individual may enjoy giving to improve his social image or gain acclaim. Other individuals may dislike giving, yet behave prosocially to avoid public shame or private guilt. “Identifying the behavioral distinctions between different motivations for prosocial behavior is a task of major importance for welfare analysis,” Stefania Minardi says.

Minardi and Özgür Evren (New Economic School) focus on a particular form of giving, dubbed in the literature as ‘warm-glow’ giving, which refers to prosocial behavior that causes donors to experience positive feelings, irrespective of whether their giving actually makes a difference. This is the personal satisfaction for having ‘done the right thing’: you give up what is rightfully yours for a philanthropic cause and you feel good about it.

This is quite different from pure altruism, when a donor genuinely cares about the wellbeing of the recipient. Researchers have often found it useful to take into account a warm-glow component, because it provides a way to fill the gap between the standard model of altruism and the empirical evidence on charitable giving. But what are the forces driving warm-glow giving? In their paper, Minardi and Evren tackle this question by providing a behavioral foundation.

Rewards or punishment schemes may have detrimental effects and trigger more selfish behavior.

People do not always respond as expected to incentive schemes

Minardi and Evren’s research suggests that the relevance of the notion of warm-glow is linked to more primitive behavioral origins. “Instead of assuming the warm-glow hypothesis, we went back a step to see where the warm-glow motivation may originate,” says Minardi. They imposed behavioral properties based on observations from experimental studies, which have investigated the phenomenon known as ‘motivation crowding out’. Motivation crowding out helps to explain why people sometimes do not respond as expected to incentives and punishment schemes.

Minardi explains the concept as follows: “If a person has a strong sense of civic duty or just wants to boost his self-image as a generous fellow, then rewards or punishment schemes may have detrimental effects and trigger more selfish behavior. Motivated people don’t like their personal drive being overridden by external interference.” Perhaps the most well-known example of this counterintuitive behavior goes back to the 1970s when studies suggested that fewer people would give blood when paid for their donations.

Freedom to be selfish increases perceived value of giving

Evren and Minardi establish a precise relationship between motivation crowding out and some prominent warm-glow models. A key feature of their model is that the value of a prosocial action depends on the alternatives available. When an individual is obliged to contribute to a public good (such as through taxation), he perceives far less value in that act than when he voluntarily contributes of his own free will. “In our model, the donor enjoys having selfish options, even if he does not plan to select them. Choosing to behave prosocially can act as a signal of generosity only if he has the freedom to choose a more selfish option instead. In this sense, the agents studied in our paper exhibit a ‘preference for freedom to behave selfishly’,” Minardi explains.

Acting generously instead of selfishly comes at a private cost, but it has a positive effect on the well-being of the donor, irrespective of the material consequences. This cost is how much a person has to give up by acting prosocially and, therefore, it increases with the most selfish alternative available. Hence, an individual who experiences warm-glow may react negatively to sanctions against selfish behavior or rewards to foster virtuous actions, because such extrinsic incentives reduce the private cost of acting prosocially, which leads to a weaker signal of generosity.

“We focused on people who are intrinsically motivated or driven by social-image concerns,” Minardi concludes. “We did not look at other drivers, for example public shame or private guilt, which have been studied by other researchers in the field. It is likely that many individuals will have a complex mix of all these factors.”

Based on their study, the authors highlight the relevance for welfare analysis of distinguishing between warm-glow and other motivations for prosocial behavior. They suggest using the notion of motivation crowding out as a first step to test for the warm-glow hypothesis. When it comes to the complex issues related to public goods contribution or fundraising campaigns, understanding the real motivations behind giving is essential for designing effective policies.

Minardi and Evren explored the behavioral foundations of warm-glow giving through a two-stage procedure, which has its basis in decision theory. In the first stage, a potential donor decides how much he will save today, hence determining his budget for tomorrow. In the second stage, the donor chooses an element from a menu (selected in the first stage) of social allocations between himself and the recipient, thereby deciding how to allocate his savings between private consumption and giving. This framework allows the researchers to show that someone who experiences warm-glow values the freedom to be selfish: he values the availability of selfish options even if he plans to act charitably.
Based on an interview with Stefania Minardi and her paper “Warm-Glow Giving and Freedom to be Selfish,” co-authored with Özgür Evren (Economic Journal, 2015).
Related topics:
Decision Sciences
Economics
Download & Print
Share
FACEBOOK
TWITTER
LINKEDIN
EMAIL

Stefania Minardi's research interests are in the fields of decision theory, game theory, and experimental economics. Her research topics include...