The online crowdfunding platform Kickstarter has the reputation of helping innovative start-ups get funding. Cathy Yang and her co-authors find, however, that innovative ideas — products that were both novel and useful — actually receive significantly less funding from this platform than other projects. What are the implications for entrepreneurs? 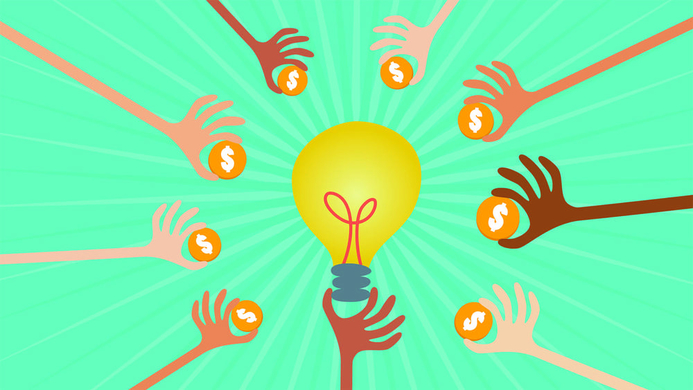 Kickstarter and other crowdfunding sites have the reputation of helping to democratize product innovation by helping small entrepreneurs, who otherwise may have difficulty accessing funding, find their markets. Crowdfunding can theoretically erase geographic, social and economic boundaries to product innovation. But first “the crowd” — individual investors contributing relatively small amounts — must like your idea. Yang and her coauthors studied Kickstarter investor behavior to see if investors really value innovation.

“We wanted to see how people respond to innovation,” Yang said of her study. “Crowdfunding platforms are an especially good source to see how people support innovation.” These platforms aid small entrepreneurs, who may not have access to venture capital, by connecting creators directly with potential backers. At the same time, crowdfunding platforms allow entrepreneurs to circumvent banks and other risk-averse traditional lenders. After choosing to focus on Kickstarter, the best-known crowdfunding platform in the US, Yang and her coauthors parsed product descriptions and video content. Using a traditional definition of “innovative” as something that is both “novel” and “useful,” the team studied more than 50,000 Kickstarter projects for the use of these two terms and their synonyms.

These findings are both startling and disappointing because novelty and usefulness are the two fundamental elements to innovation.

Novelty and usefulness not seen as synergistic

What they found surprised them. A single claim of novelty increased project funding by 200 percent, while a single claim of usefulness increased project funding by 1,200 percent. However, claiming that a product was both novel and useful reduced the total amount pledged by 26 percent. These findings imply that the crowd prizes aspects of innovation individually, though it values usefulness more than novelty, and does not see novelty and usefulness as synergistic. According to Yang, “These findings are both startling and disappointing because novelty and usefulness are the two fundamental elements to innovation.”

Backers balk at lack of certainty

The researchers theorize that the uncertain nature of crowdfunding and of Kickstarter’s rules in particular may play a role. Backers typically receive the product in exchange for their support, but compared to the usual consumer purchase, consumer protection laws do not come into play and backers are not guaranteed the receipt of the product. As Yang notes, Kickstarter is an all-or-nothing prospect; if projects do not meet their predetermined funding goal, they receive no funds (if you ask for $100 but get only $99, you receive $0). Therefore, among the many uncertainties of a crowdfunded project, first of all, the project might not get funded at all. Then, even if the funding goal is achieved, problems during development may lead to delays, product specifications may change, or the project may fail completely. A recent study found that more than 75 percent of funded Kickstarter projects are either delayed or failed.
“We speculate that the higher level of uncertainty in the crowdfunding context is what pushes backers to choose modest innovations and shy away from more extreme innovations, i.e., innovations that are high on both novelty and usefulness,” Yang explains. Claims of both novelty and usefulness may lead backers to assume that a product’s benefits are inflated and that the project has a high risk of failure.

The study reveals that “crowd-funders” do indeed read product descriptions, and that both novelty and usefulness are appreciated — as long as these features are kept separate. Entrepreneurs should take this into consideration in how they describe their projects on crowdfunding platforms: “Our findings suggest caution in using crowdfunding as revenue for innovations,” Yang notes. “If they have a highly innovative product, it’s better to stress one dimension rather than many, which may create suspicions.” The researchers hypothesize that the underlying explanation for their surprising findings lies in feelings of skepticism on the part of backers: “As opposed to the regular marketplace, where buyers feel protected by consumer laws, crowdfunding backers face a very high level of uncertainty,” Yang’s coauthor Amitava Chattopadhyay said in a statement. And as existing research has already established, when the perception of risk is high, consumers tend to prefer more traditional products.

Using publicly available information from Web Robots and Kickstarter, Yang’s study looked at 50,310 US Kickstarter projects across nine product categories, from the launch of Kickstarter in 2009 to February 2017. The researchers extracted content from project descriptions and videos to identify the ones that use the words “novel,” “useful” (and their synonyms) and both, correlating these results with project funding outcomes.
Based on an interview with Cathy Yang and on her paper “Does the Crowd Support Innovation? Innovation Claims and Success on Kickstarter” (HEC Paris Research Paper, September 5, 2017), co-authored with Anirban Mukherjee, Ping Xiao and Amitava Chattopadhayay.
Related topics:
Entrepreneurship and Startups
Strategy
Finance
Download & Print
Share
FACEBOOK
TWITTER
LINKEDIN
EMAIL