The Protection of Whistleblowers: What Does the Law Say in France and in the US

Should whistleblowers be compensated or prosecuted? In their latest research, professors from HEC Paris Nicole Stolowy and Luc Paugam, together with Lawyer Aude Londero, shed light on the different realities faced by whistleblowers depending on jurisdictions, in France and in the United-States. 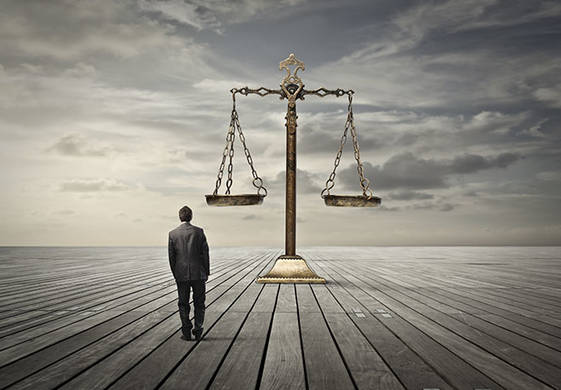 In February 2019, French judges ordered the bank UBS to pay a record-breaking €3.7 billion fine for soliciting and helping wealthy French clients escape taxes in France by moving their money to undeclared secret accounts in Switzerland.

In 2007, Bradley Birkenfeld, an American citizen working for UBS in Geneva, Switzerland had already disclosed similar activities carried out by UBS to US authorities (and in particular the Department of Justice). He spent 40 months in prison from January 2010 to August 2012. After purging his sentence, he received a $104 million award in 2012 from the Internal Revenue Service (IRS) for his instrumental role in helping the agency collect taxes from US citizens.

In France, Stéphanie Gibaud, a PR and marketing manager at the French branch of UBS in Paris, helped investigators demonstrate that the Swiss bank obtained money from wealthy French citizens at prestigious events, such as Rolland Garros tennis tournaments, in the presence of Swiss bankers from Geneva. After the Birkenfeld revelations, her superiors at UBS France harassed her for refusing in 2008 to destroy incriminating evidence in her files related to the participation of clients and foreign UBS bankers at these events. UBS France, after several attempts to fire her in 2009, a lost complaint against her for defamation in 2010, finally made her redundant in 2012. She did not receive any forms of compensation for her role in the UBS case in France. She currently does not hold a position as a PR or marketing executive.

These two whistleblowers denouncing illegal activities at the same organization illustrate the great heterogeneity of the consequences and the life of corporate whistleblowers in different jurisdictions.

Other major health or financial scandals regularly appear in the news thanks to whistleblowers, such as the Mediator weight-loss drug scandal in France in 2013, the Luxleaks scandal in 2014, or the Panama papers in 2015.

All these scandals put pressure on governments and regulators to implement changes to address important societal issues such as international tax evasion, drug health crisis, or corporate frauds.

These cases have the collective effect of raising awareness that whistleblowers need protection in their working lives in order to be able to draw attention to wrongdoings. As illustrated by the experience of Stephanie Gibaud, the level of protection offered in France was rather limited, at least before recent regulations.

In response, the French lawmaker set out to construct a protective legal framework for whistleblowers through the “Sapin II” law of December 9, 2016. The “Sapin II” law “on transparency, anti-corruption and modernisation of economic life” introduced laws to protect whistleblowers, which are mainly applicable to private companies with at least 50 employees. This law introduced new obligations for firms, which must now set up internal channels for reporting fraud or unethical conduct.

Companies are required to have an internal whistleblowing system for reporting situations or behaviours that are contrary to the company’s code of conduct.

For large companies, this law also creates an obligation to prevent corruption and influence peddling. Companies are required to have an internal whistleblowing system for reporting situations or behaviours that are contrary to the company’s code of conduct. Our research focuses mainly on the whistleblower protection regime contained in articles 6 to 15 of the Sapin II law.

How to benefit from the whistleblowing protection laws in France?

The whistleblower has thus legally been recognized as a major actor in corporate governance and internal control in France. An important aspect of these new French laws is that the whistleblowing framework is restricted to specific conditions.

(1) Only an individual (never a legal entity) can be considered as a whistleblower in the system set up by the Sapin II law. Legal entities can always alert the authorities to wrongdoings, but such whistleblowing would be “outside the framework” and would not benefit from special protection under the law. The range of activities concerned is fairly broad, and also covers the firm’s trade secrets.

(2) Activities that can give rise to whistleblowing must involve a certain degree of seriousness, corresponding to offences classified as crimes or felonies; more minor offences are excluded from the framework. It is thus up to the whistleblower to assess the appropriate classification; no advance consultation procedure exists if she/he has a doubt as to whether the wrongdoings observed constitute a felony or a crime. This might lead the potential whistleblower to decide against alerting the authorities, given the risk of falling outside the scope of application of the protective law, thus limiting the effectiveness of the regulation.

(3) To benefit from the framework, whistleblowers must be reporting information about the organization that employs them or for which they work occasionally. It does not apply to whistleblowers who are totally “external” to the firm and have no work-related link with it. Yet, some whistleblowers may come to discover information without working directly or indirectly for a company, for instance if they work in the same industry (for instance the whistleblower of the Madoff Ponzi scheme in the US, see below).

(4) The first stage of the whistleblowing procedure is alerting the direct or indirect superior, the employer, or a person designated by the employer, to the facts arousing concern. If the person informed fails to respond to this alert within a reasonable period, the second stage is notifying the legal, administrative or professional authorities.

If after three months there has been no response from these bodies, the whistleblower can “go public”.

How does the French framework compare to US laws?

The False Claims Amendments Act of 1986 is a federal law that was adopted to protect the US Government from suppliers overcharging for the provision of goods or services. Citizens suspecting abuse by a supplier can initiate action against the supplier in the name of the Government and claim a reward of between 15 and 30 per cent of the resulting fine. Recently, Valeant Pharmaceuticals (now Bausch and Lomb) paid $54 million to settle civil charges concerning its Salix unit, which used kickbacks to compensate doctors in order to make them promote Salix products and defrauded the US government through Medicare and Medicaid.

After a series of high-profile corporate frauds among publicly listed firms in the US shortly after the turn of the 21st century, the Sarbanes Oxley Act (SOX) was passed in 2002 to improve corporate governance and prevent future frauds. According to SOX, whistleblowers can report suspected wrongdoing either internally or externally. Yet, SOX does not protect whistleblowers who contact the media. For a whistleblower reporting suspected illegal activities externally, protection is only provided when such reports are made specifically to a Federal regulatory or law enforcement agency, or any Member of Congress. SOX still has several shortcomings. Whistleblowing is a risky activity. In 2016 in the US, 53 per cent of employees reporting internal misconduct faced some retaliation in the workplace.

The Dodd-Frank Act was enacted in 2010 to address several factors that were believed to have caused (or exacerbated) the financial crisis. Some whistleblowers were publicly identified during the financial crisis and became well-known names. One example is Harry Markopolos, who had repeatedly informed the SEC about his suspicions of the $64 billion Bernard Madoff Ponzi Scheme, and became a prominent figure in whistleblowing. His story highlights several shortcomings of the pre-Dodd-Frank laws as regards the effectiveness of whistleblowing, and put considerable pressure on the SEC.

Despite the US federal legislation protecting whistleblowers, there seems to be some evidence of a disconnection between the theoretical protection of whistleblowers and the harsh reality often faced by whistleblowers.

Despite the US federal legislation protecting whistleblowers, there seems to be some evidence of a disconnection between the theoretical protection of whistleblowers and the harsh reality often faced by whistleblowers. Some firms continue to retaliate against their whistleblowers, suggesting that existing US laws are not necessarily well enforced. In the Wells Fargo fake accounts scandal in 2017, in which the bank created fake accounts without its clients’ consent to charge additional fees, employees who reported the misconduct were the subject of retaliatory actions by their managers.

The paradox surrounding the status of whistleblowers

Many paradoxes and ambiguities remain regarding the status of the whistleblower, whose necessity to society is now recognised in many countries. Although the various laws for whistleblowing appear to encourage disclosures, they remain strictly regulated.

Despite practical difficulties related to a strict framework, France’s Sapin II law indicates a clear ambition to protect whistleblowers, and thereby increases the efficiency of anti-corruption action, particularly inside firms.

This determination deserves to be highlighted and encouraged. It remains to be seen whether this law will be followed by any actual increase in whistleblowing, and whether the information reported will receive an appropriate response, particularly inside firms.

How Storytelling Can Increase Support for Whistleblowers Whistleblowers: Endangered But Vital To The Corporate World
This article is based on the academic article: The whistleblowers, an important person in corporate life An answer from comparative Law.pdf (385.07 KB) by Nicole Stolowy, Luc Paugam, and Aude Londero, Journal of Business Law, 2019.
Related topics:
Law
Management Control - Audit
Ethics
Download & Print
Share
FACEBOOK
TWITTER
LINKEDIN
EMAIL