What drives housing returns? What predicts changes in housing prices? According to Dragana Cvijanovic and her real estate finance research, much of the dynamics of house prices can be explained by fundamentals such as demographic change. 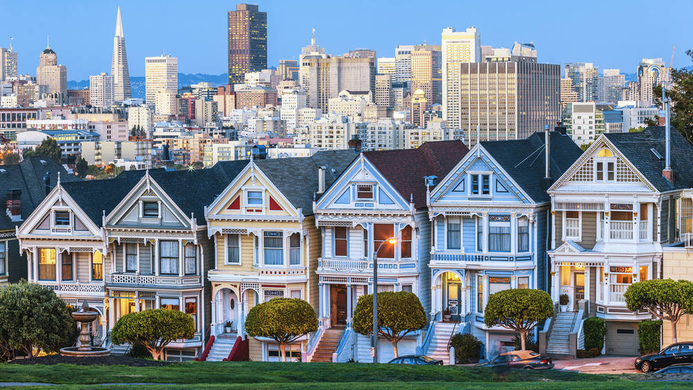 In the aftermath of the extreme boom and bust of the American real estate market over the past 15 years, Dragana Cvijanovic and her research partners set out to explain movement in house prices at the state level in the United States using fundamentals, or market drivers “other than forces like speculation.” More specifically, they focus on explaining house price appreciation using one key fundamental variable: population growth. “The earth is becoming much more populated, creating more demands for assets,” explains Cvijanovic. “Previous literature focuses on demographics and consumption, but not so much on real estate finance; meanwhile, real estate assets constitute 54% of the world’s wealth.” Demographics are a particularly useful angle of study for explaining house price appreciation, explains Cvijanovic, because of the simplicity of the concept. “The demographics angle is so logical. It really illustrates the basic economic equation: higher demand in combination with a limited or inelastic supply equals higher prices. In that way, it is a simple story.”1

Cvijanovic and colleagues divide their study's explanatory variable of demographic change into two basic components: natural population growth, or higher birthrates in combination with lower mortality rates, which takes place slowly over longer periods of time, and non-natural population growth, or immigration, which by contrast occurs quickly and unexpectedly. “In terms of what we call the ‘non-natural’ component of demographic change (immigration), an essential factor to take into account is that market shocks drive people to immigrate en masse from lesser to hotter economic areas.” The key difference between the two components significant to this study is thus degree of predictability. Population growth through natural causes (birth and death) follows an expected course, but, due to its sudden and market-driven nature, population growth via immigration does not.

“We ultimately find that population growth drives house price appreciation,” reports Cvijanovic, “but also that this effect is predominantly driven by the non-natural component rather than the natural. Differences in immigration from state to state were found to determine differences in housing prices at the state level.” The researchers attribute this effect to the unpredictability of immigration. “Builders can anticipate a fraction of population growth, the fraction that is due to natural causes (birth and death), but the portion that is due to immigration cannot be predicted, which is at least partly why immigration drives house appreciation — because of its unanticipated shock to the market.” In other words, with natural growth, builders react accordingly to market demands: they offset anticipatable demand by providing more supply. But they can only slightly predict growth via immigration, so they underreact to that demand, which drives up house prices.

Due to its sudden and market-driven nature, population growth via immigration does not follow an expected course.

Cvijanovic explains that population density and development levels prior to immigration partly determine the intensity of the effect of non-natural population growth on house appreciation. If a state is densely populated, an influx of immigrants will have a stronger positive effect in driving house prices than in a state that is sparsely populated. Similarly, an increase in immigration has a stronger effect on house appreciation in underdeveloped real estate markets (that is, areas with relatively few building permits per capita) than overdeveloped markets. In the words of Cvijanovic, “The more densely populated the state, the greater the demand for housing. Any increase in this demand via immigration will be reflected in the house price.”

The fact that Cvijanovic and her research partners focus on explaining differences in house price appreciation between states versus explaining what drives house appreciation at a federal level means that while the bursting of the United States housing bubble does not affect their findings, their findings do provide a certain insight into the effects of that larger bubble on local American real estate markets. “The United States “housing bubble” that ended in 2006 was more pronounced in some states than in others, and our study proves that those differences are attributable to real estate fundamentals such as demographics,” concludes Cvijanovic.

Since immigration moves from lesser to hotter economic areas and, furthermore, because immigrants themselves also bring a flurry of economic activity to the areas in which they settle, what role does the increased economic activity that surrounds immigration (as opposed to the unpredictable demand that immigration places on housing supply) play in house appreciation? Cvijanovic suggests that this is an area for further study.

These findings show that housing consumption has distinctive age consumption profiles, which should be well understood by the markets; for example, people older than 65 have a low probability of wanting to buy if they not done so already. However, markets underreact to a significant portion of this consumption, that is, the immigration. As a consequence, this should be reflected in firm valuation, thus creating systematic differences in the cross-section of stock returns that are due to immigration-driven population growth.

The data used to evaluate the effect of demographic change on house price appreciation covers the period of 1975-2009 and compares differences in house prices and population growth at the state level in the United States. Researchers track house price appreciation via transactional data collected by the Federal Housing Authority. They measure “natural” population growth via state-level population data available from the US Census Bureau, and via birth and death rates available from the Center for Disease Control. “Non-natural”population growth is measured using GDP and other economic inputs.
Based on an interview with Dragana Cvijanovic and the article “New in Town: Demographics, Immigration, and the Price of Real Estate” by Cvijanovic, Jack Favilukis, and Christopher Polk.
Related topics:
Economics
Download & Print
Share
FACEBOOK
TWITTER
LINKEDIN
EMAIL

Dragana Cvijanovic was professor at the Finance Department of HEC Paris from 2011 to 2012. She is now Assistant Professor of Finance at UNC Kenan...