A step toward more responsible trade in financial markets

In a paper that focuses on trade agents’ beliefs about potential market transactions, Itzhak Gilboa and his co-authors make a theoretical contribution to the debate about free markets. Gilboa explains that the challenge is to distinguish between trade that serves the purpose of risk sharing and trade that occurs under disagreement and is similar to betting. 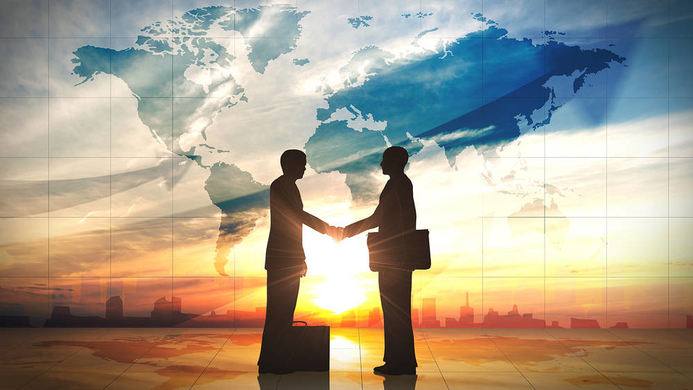 The 2007-8 financial crisis revived debate about financial market regulation and these markets’ often-incomprehensible complexity. Itzhak Gilboa believes economists have a role to play in this debate, not necessarily by producing absolute answers, but more by listening to what people are saying, critiquing arguments, and raising new questions. In this paper, Gilboa and his co-authors focus on a common argument in microeconomic theory that says the standard model for trade under certainty can also apply to trade with uncertainty. They hold that, while mathematically valid, this argument may not be sufficient to justify trade in financial markets involving diametrically different beliefs.

In microeconomic theory, the concept of Pareto efficiency has become central for determining trade desirability. An allocation of resources is Pareto efficient if it cannot be improved upon in the eyes of one individual without harming another. It is generally thought that if an allocation is not Pareto efficient, it is worth improving on. The First Welfare Theorem offers one of the many arguments for free trade in competitive markets, as it shows that free competitive markets induce Pareto efficient allocations (1), whereas government intervention is likely to lead to non-Pareto efficient equilibria. Gilboa illustrates this notion with the following example. Suppose Mary is willing to pay up to 100€ for a service, and John is willing to provide it for at least 90€. A free market allows them to trade and be both better off. On the other hand, if John is required to pay 40% income tax, the net income of 60€ will not be worth his while, so he will refrain from offering his services. The resulting equilibrium would be Pareto inefficient; both Mary and John would have been better off if the transaction had taken place. Since the 1950s, the concept of Pareto efficiency has provided a strong argument for free trade under conditions of certainty, or when uncertainty is present but everyone shares the same beliefs about it.

Gilboa and his co-authors do not take issue with this argument, where trade is based on differences in personal taste. If one person trades his apple for another person’s banana such that each person ends up with the fruit he prefers, there is no reason to question the ethical or social desirability of the trade. On the other hand, when uncertainty in the form of differing beliefs about a situation is behind a trade, the ethical issue becomes far more elusive. People can be wrong about their beliefs in a way that they cannot be wrong about their tastes. A person who trades an apple for a banana cannot be convinced that she is wrong in liking bananas and would probably never have a reason to regret her trade. On the other hand, a person who trades/sells an option on the price of a good or financial asset may well live to regret her choice. When we see two agents “betting” on the future price of an asset, we can conclude that they have different beliefs and that at least one of them is wrong, even if at the time we cannot say which one. In an attempt to theoretically distinguish between the two types of motivations for trade, Gilboa and his co-authors have introduced a variation on the Pareto dominance concept that they call “No-Betting-Pareto”. It says that, to be considered an improvement, a trade should not only be desired by all the parties involved because of their (differing) beliefs; it should also be desirable for each party because of at least one (hypothetically) shared belief.

The standard model, based on the concept of Pareto efficiency, may not be sufficient to justify trade in financial markets involving agents with diametrically different beliefs.

To illustrate the type of Pareto improvements being questioned, Gilboa presents a “zero-sum game” situation where there are two agents, and one gains solely at the expense of the other. Gilboa offers the image of dueling cavaliers, each of whom is wholly convinced that he is the best shot. Given these beliefs, they both wish a duel to take place (2), however their agreement stems from diametrically opposed preferences and diametrically opposed beliefs, which cancel out the agreement. Betting on the outcome of a horse race or the future price of oil are similar examples of the same principle. In sum, two parties may voluntarily choose to engage in a transaction, but the absence of any common interest or potential surplus means the transaction is only justified by a potentially dangerous difference in beliefs. Still, the No-Betting-Pareto criterion does not always rule out trade among agents who disagree on probabilities. Consider a start-up seeking to raise funds. Because there is potential gain for all the parties involved, the No-Betting Pareto criterion would not rule out investments in the company. Perhaps the parties involved have different beliefs, i.e., company founders are much more optimistic than potential investors, but as long as there exists a belief according to which the investment will be profitable to both parties, the No-Betting-Pareto criterion would endorse it.

Use a shared-belief criterion to determine trade desirability

According to Gilboa and his colleagues, a shared belief that justifies trade for all parties makes it possible to distinguish between pure betting and the valid risk-sharing that financial markets allow. Their paper features convincing mathematical results that support this notion. On the other hand, it does not purport to offer practical advice for regulating financial markets. “Partly because of the financial crisis,” Gilboa comments, “many researchers have begun questioning whether the market should be trusted to reach a desirable equilibrium. It seems obvious that people are often unable to comprehend the financial instruments used in investing their savings, and it also seems clear that traders who invest other people’s money may not make the same decisions they would make if they were dealing with their own funds. These are all important issues, but our purpose in this paper is merely to highlight worthwhile reasons to rethink our standard means of analysis.”

Gilboa and his colleagues wish to alert the community to the distinction between trades that can be viewed as risk sharing and those that are pure bets. They suggest using the concept of No-Betting-Pareto as a first step in thinking about how to make trade in financial markets more responsible. When discussing the complex issue of financial market regulation, they urge economists to reconsider knee-jerk reactions against regulation and automatic support of free trade.

In this paper, the authors highlight a theoretical difference between two interpretations of the same mathematical trade model. They argue that when driven by incompatible beliefs, Pareto domination is not as compelling as it is under shared beliefs, and they propose a No-Betting-Pareto refinement of Pareto domination. They suggest that this criterion would be a reasonable starting point for identifying trade that is too close to pure betting.
Based on an interview with Itzhak Gilboa and the article “No-Betting-Pareto Dominance” by Itzhak Gilboa, Larry Samuelson, and Davis Schmeidler (Econometrica, vol. 82, no. 4, July 2014).
Related topics:
Decision Sciences
Finance
Download & Print
Share
FACEBOOK
TWITTER
LINKEDIN
EMAIL