Trust and Financial Markets: Lessons from the Madoff Fraud

Bernard Madoff used funds provided by new investors to pay some of his clients over many years.* This mechanism, known as a Ponzi scheme, made thousands of victims. But how could such a fraudulent system thrive on so large a scale for such a long time? Hervé Stolowy and his co-authors analyzed the mechanisms at work and looked at the role trust played in the fraud’s origins and subsequent development. 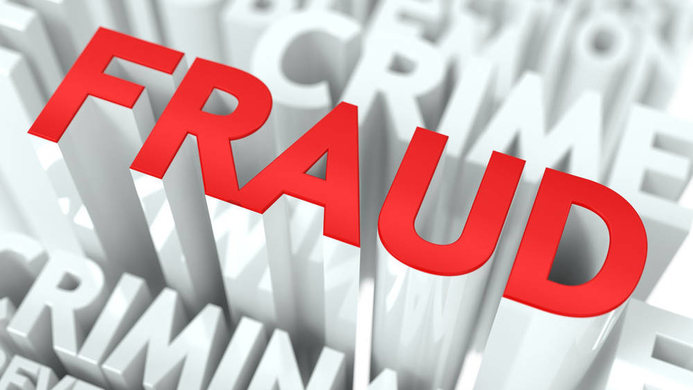 Decision-making on the financial markets is driven by information and trust, with the Madoff fraud illustrating the extent to which that trust can be abused. This extreme case can also serve to illustrate the fundamental mechanisms (usually less visible) underpinning any market relationship. How did Madoff’s fraudulent scheme last so long? As Hervé Stolowy explains, the three trust-producing mechanisms identified by Zucker** (process, institution, and characteristic-based trust) operated in parallel and enabled the scheme to keep going.

Investments are often decided on past returns, and it was the stability of returns over a long period that attracted many investors to the Madoff fund. According to Hervé Stolowy, this mechanism for producing trust is process-based. A large amount of information is required to establish trust at the beginning of a relationship, with information accumulating over time until trust becomes established.

Trust then continues to grow while the need for information decreases. Bernard Madoff benefited enormously from this process. His name was associated with important players in the world of finance, such as Merill Lynch and Goldman Sachs. He helped to build the NASDAQ stock exchange and to automate transactions. In short, Madoff was so highly regarded in his field that most actors trusted him instantly.

At the same time, trust in the institutions that control broker activities served Madoff’s interests. The US financial markets are renowned across the world for being trustworthy, while the SEC, the supervisory authority, enjoys the prestige that comes from seventy years of experience and a reputation as a model agency. However, the SEC gave its backing to the Madoff fund for many years, thereby reinforcing the fraudster’s credibility. New investors, comforted by the work of the regulatory bodies, placed their trust in Madoff far more quickly than if they had had to rely on their own firsthand knowledge alone.

The financial markets cannot function without trust, and trust can always be abused.

Madoff used his links with the Jewish and South American communities to recruit his clients, as well as with the world of Hollywood and some of France’s leading families, in what is termed “affinity fraud.” The fraudster managed to convince these individuals that his funds were open only to the privileged few. This air of exclusivity served to enhance investor trust.

False information based on real data

Account statements played a key role: the documents were similar in all respects to the statements issued by the major investment funds. They were built on a sophisticated mechanism that described transactions with genuine, well-known companies carried out on the basis of actual prices. In addition, they were comparable to other transactions of the same type at the same period. Nor was it a case of the investors being naïve: the statements were credible because they were consistent with all the available data. The information that would have enabled the investors to discover that everything had been falsified was simply not available to them!

How can a new Madoff fraud be avoided?

Could this scam, which ruined thousands of investors, have been avoided? The financial markets cannot function without trust, and trust can always be abused. The researchers advocate that, to limit the risks, the trustworthiness of different sources should be addressed. Measures have already been taken to improve the way institutions work. The SEC, for example, has been allocated a higher operating budget. In addition, a national database has been set up to link complaints filed in different offices.

At the time of Madoff, the regional offices did not communicate with each other: six substantive complaints were received about Madoff, but in different locations that were not in contact with each other. The fact remains, however, that the SEC conducted two investigations and three examinations into the Madoff funds without ever discovering the fraud. Should there be an overhaul in the auditing process? Even if the Madoff accounts had been properly audited, the scam would not necessarily have been discovered.

In fact, whereas auditing makes it possible to detect fraudulent accounting mechanisms, frauds using false documents are much more difficult to uncover. There is another solution: reduce affinity fraud. A number of organizations that invested in the Madoff fund did so on the recommendation of board members who had links with Madoff. One of the organizations interviewed by the researchers had a policy of never investing in a body linked to a member of its board – and that is what saved it. In addition, it is a good idea for investors to apply the principle of diversified investments. At the same time, as the researchers point out, even all these measures taken together cannot totally exclude the risk of fraud.

* It is difficult to evaluate exactly when the fraud began and how long it lasted (some commentators think ten years, while others suggest twenty).

Countries Falsifying Economic Data: How Statistics Reveal Fraudulent Figures Can We Trust Credit Rating Agencies to Detect Accounting Fraud? How Storytelling Can Increase Support for Whistleblowers The Protection of Whistleblowers: What Does the Law Say in France and in the US
Based on an interview with Hervé Stolowy and the article “The construction of a trustworthy investment opportunity: Insights from the Madoff fraud”, co-written with Martin Messner, Thomas Jeanjean and C. Richard Baker (Contemporary Accounting Research, Summer 2014, vol. 31, n° 2, pp. 354-397).
Related topics:
Accounting
Governance
Finance
Download & Print
Share
FACEBOOK
TWITTER
LINKEDIN
EMAIL