Given the urgent needs of different populations worldwide, economic development tends to be prioritized over climate issues. Short-termism is pitted against medium and long-term goals, economic growth and jobs against the climate. And yet, the horribly irony is that it is often the people living in emerging countries who suffer (and will suffer) the most from climate change. The urgent question is: how can economic development and environmental protection be pursued simultaneously without compromising on either? 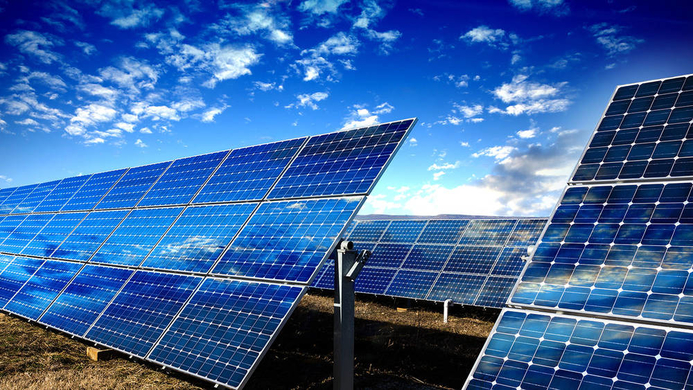 Governments in countries across the world are struggling to come to grips with climate change. It is easy to recognize the growing body of evidence for the need to adopt climate-friendly economic measures to mitigate the effects of climate change in the years ahead. It is not so easy, however, to translate that evidence into concrete action.

When economic development comes at the cost of the environment

The psychological, cultural and cognitive barriers to facing climate change – which lie behind perception and judgment biases – are still manifold. Some actors refuse to believe that climate change exists. Others find it difficult to think long term when it comes to this still poorly understood phenomenon. The notion of "sustainable development" does seem to be enough in itself to generate meaningful interest in climate change, as few organizations can be seen to give equal importance to the three core principles of sustainable economic growth, social equity and environmental protection.

Despite the well-established evidence that environmental damage will have a lasting impact on human development, international institutions still prioritize socio-economic factors over climate issues in the projects they fund. The DFIs are caught in a bind, since promoting socio-economic development seems to necessitate addressing the need for infrastructure and access to energy — at the cost of the environment. And while most DFIs have grasped the fundamental importance of taking climate issues into account (the French Development Agency, for example, does not finance coal-based projects), they do not all do so to the required degree. In the face of urgent demands, short-term trade-offs are made.

While most DFIs have grasped the fundamental importance of taking climate issues into account, they do not all do so to the required degree.

A textbook case: does access to reliable power in South Africa really depend on coal?

South Africa makes for a particularly interesting case study for understanding the complexities of incorporating climate issues into economic development. South Africa is a country overflowing with paradoxes. It ranks as one of the most developed nations in Sub-Saharan Africa, but has especially high rates of unemployment  and crime.  Social inequalities in South Africa are very pronounced, and the country is beset by extensive energy crises. Widescale power cuts paralyzed the economy on a regular basis until 2015, when a new coal-fired power plant helped bring the outages to an end. Even though coal extraction is a source of employment and growth, it also has a very marked environmental impact.

But what to do when renewable energies alone cannot provide a continuous supply of electricity? This is where DFIs, which have a fundamental role to play in the energy transition, become a key factor. The institutions operate in three areas in South Africa: decarbonizing the energy mix, boosting energy efficiency and delivering structural political reforms. The DFIs finance a range of projects in the energy sector. In 2012, for example, the Eskom Power Investment Support Project (EISP) helped increase and secure energy production in South Africa, with funding partners including the World Bank and the African Development Bank. Although a substantial part of the financing was allocated to creating the new coal plant, some of it was also used to set up a wind farm with a capacity of 100 MW and a solar photovoltaic plant.

The 2015 XINA Solar CSP project, financed by the African Development Bank, centered on the opening of a 100MW photovoltaic solar power plant in the province of Cape Town. The facility can supply clean, renewable energy to around 80,000 homes in South Africa. In 2017 the French Development Agency put up the money for a biogas production plant as part of the SUNREF program, which makes green credit lines available for innovative ecological transition projects. The plant uses natural resources from large local cattle holdings, generating biogas that is then harnessed to produce heat, electricity or biofuel.

Are renewable energy schemes now taking on a leading role in South Africa? Not yet, but efforts are being made in the right direction, and they could intensify if the country were to have a clearer funding framework for combating climate change. At global level, DFIs are putting in place tools and working methods designed to promote and support pro-climate initiatives. Not all these institutions, however, share the same goals, with socio-economic development remaining a priority. The dilemma of short-termism versus medium and long-term thinking, and economic growth and jobs versus the climate, has not been solved. A more holistic and structured approach, together with state-of-the-art financial tools, would undoubtedly help DFIs facilitate a form of socio-economic development that restricts climate change.

Nora Youcefi's master's thesis helps us understand the complexities of factoring climate issues into socio-economic development. It raises our awareness about the urgent need to act and to employ smart and sustainable policies. Practical examples, implemented in various countries worldwide, prove that climate issues can be integrated into economic development. Since it is possible, it is now a question of leveraging these projects.

Youcefi studied the operations of three development finance institutions (DFIs): the French Development Agency, the African Development Bank and the World Bank. She analyzed the energy sector in South Africa in an attempt to understand the complexities of integrating climate and development issues. Youcefi conducted six interviews with representatives from DFIs and climate change specialists.
Based on an interview with Nora Youcefi and her master’s dissertation: “Integrating climate and development: the role of the DFIs. The Energy Sector in South Africa ”.
Related topics:
Sustainable Development
Energy
Technology
Download & Print
Share
FACEBOOK
TWITTER
LINKEDIN
EMAIL

Nora Youcefi's was a student of the MSc Sustainability and Social Innovation (or SASI Master), where she conducted a research project on how to...