What really causes crime? While sociologists talk about social factors (integration, conflict, inequality, control), economists say crime rates are more determined by the likelihood of being caught and convicted and the severity of punishment. For the first time, researchers have combined a wealth of socioeconomic data now available from both camps to unify these different perspectives and isolate the key factors that determine crime rates. 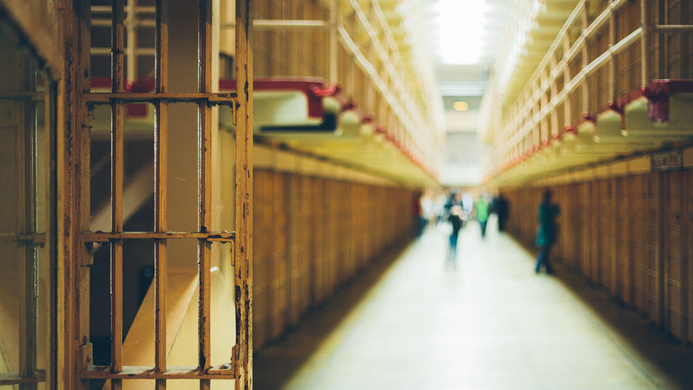 There are two schools of thought – one economic, the other sociological – when it comes to explaining crime statistics. Michel Lander says that the two models rarely see eye-to-eye. “Much of the crime literature talks at cross purposes,” he states. “Studies are published that either favor the economic approach or focus on sociological theories. We wanted to unite these two disciplines so we could support more robust theories and policy-making.”

With this laudable goal, Lander and his co-authors set out to develop a model that would integrate both perspectives. “Our model is one of only a few today that can systematically test the effects of both theories working in parallel,” he explains. “It is also very timely: right wing politicians today suggest that punishment is the only way to reduce crime while left wingers say that we should address the social and environmental factors that induce or inhibit crime.”

Economists tend to explain crime rates in terms of probabilities of conviction and arrest, and the severity of punishment. They argue that people make choices about their behavior based on a cost-benefit analysis. If a crime is unlikely to be solved, or if the punishment is worth the risk, then people will be more willing to try their luck. In contrast, sociological theories consider a variety of environmental factors that influence crime rates. These include:

The only way to unify these differing perspectives is to analyze a large socioeconomic data set. The team found suitable data collected from across North Carolina in the USA. It contained 22 independent variables related to both economic and sociological theories; previous studies have only been able to compare 10 or fewer variables. When Lander and his co-authors brought all these variables together, they found that factors believed to be important in one or other of the pure models often lost their significance in the integrated version, which led the researchers to argue that some of the conclusions from economists or sociologists may be inappropriate due to the interplay between factors.

The threat of long prison sentences and capital punishment does not help to reduce crime rates.

Is punishment a deterrent?

Using their model, the team tried to see whether the factors that drive people to violent crime (e.g. murder, manslaughter, rape, assault) are different to those that encourage crimes against property (e.g. burglary, robbery, larceny, car theft). According to Lander, the probability of arrest is a major inhibitor for both types, but the severity of punishment does not significantly influence crime rates. Lander stresses the importance of this finding: he concludes based on his research that the threat of long prison sentences and capital punishment does not help to reduce crime rates.

Further analysis revealed that for property crime, the level of poverty has a strong influence on the likelihood of criminal behavior (as predicted by the theory of social disorganisation theory). People from larger households are less likely to commit property crimes, supporting the routine activity theory and the argument that guardians help to keep property crime down. However, these findings were not replicated for violent crimes.

“If we want to combat crime, we need to understand that property and violent crime have different drivers,” notes Lander. “The way we deal with different crimes is really important.” The study suggests that living in a heterogeneous community with a mix of ethnicities seems to influence both violent and property crime rates. Meanwhile, prison-run vocational programmes to integrate offenders back into society seem to reduce rates of violent crime effectively.

The future of crime prevention

This comprehensive analysis on an unprecedented volume of data reveals the pitfalls in relying on one discipline or another to study crime rates. However, in combination, they provide important insights. “When it comes to developing theory, economists and social scientists should stop ignoring each other and start talking about how the theories they propose might interact,” suggests Lander. “We now need to explore the dynamics between theories much deeper. We have shown that not one side is right, but they both bring something to the table. The influence of capture and punishment versus socioeconomic influences differs depending on the type of crime.”

Lander points out that his analysis would have been impossible without the remarkable North Carolina data. “I think the most important thing for governments to do, if they are serious about reducing crime, is to collect information systematically on the many factors that both disciplines predict as being important, especially for the sociological theory variables. With more data we can refine our models and draw both disciplines closer together as we cooperate to find evidence and recommend the best action to take to reduce crime rates.”

“The severity of punishment has no effect on crime rates,” Lander asserts, “but the perceived risk of getting caught does. Policy-makers need to understand this: the threat of capital punishment and life sentences does not prevent crime or reduce rates.” Instead, Lander calls on police services to be more aware of the diversity within the communities they serve; there is a strong correlation between heterogeneity and crime. “If you increase the police presence in these areas you can increase the probability of making arrests; this is one of the strongest deterrents.” The study’s findings also suggest social services could help to increase structure and control in mixed communities, while proper guardianship would help to reduce property crime.

Lander and co-authors used a comprehensive set of social, economic and demographic data to determine the factors influencing crime rates and create a new integrated empirical model. They used data available for all 100 counties in the state of North Carolina, USA, from 2001 to 2005. This substantial dataset gave them an unprecedented number of variables to analyze as they looked for correlations between socioeconomic metrics and property-related and violent crime. By developing an integrated model they were able to show how different factors played more or less important roles in different types of crime.
Based on an interview with Michel W. Lander on his paper “What determines crime rates? An empirical test of integrated economic and sociological theories of criminal behaviour,” co-authored with Peter-Jan Engelen and Marc van Essen (The Social Science Journal , 2015).
Related topics:
Economics
Download & Print
Share
FACEBOOK
TWITTER
LINKEDIN
EMAIL