“Socially responsible behavior leads to increased financial performance over time”, or at least this is the mantra that has come to dominate business doctrine. Studies into whether this claim is true in practice have had mixed results, and, in their new research, Professors Afshin Mehrpouya and Imran Chowdhury explore why. 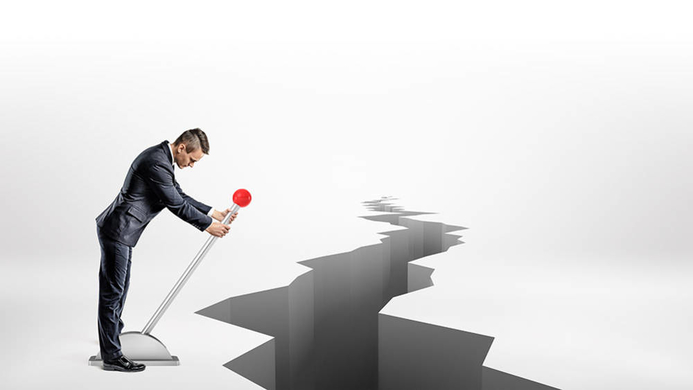 Since the 1970’s, an extensive body of research has linked environmentally conscious and socially responsible behavior to firms’ long-term survival and superior financial performance. Business leaders increasingly argue for a capitalism that contributes to society’s greater good.

Examples of businesses that have grown to dominate their markets while publicly proclaiming a core conviction in corporate social responsibility are all around us. Google, one of the most successful companies of the 21st century famously had the motto “Don’t be evil”, which it has now adjusted to “Do the right thing”, following its restructuring under the conglomerate Alphabet. Investors also frequently rely on this mantra to justify their attention to environmental and social factors.

There has been too much talk of doing well by doing good. Instead of blind adherence to this mantra, it is important to question it and to reinforce the mechanisms that actually make it work.

But what links social and financial performance, and when are market-based incentives insufficient to guarantee responsible behavior? After reviewing the evidence, Professors Afshin Mehrpouya and Imran Chowdhury identify the following 4 key factors that increasingly weaken the relation between firms’ responsible behaviour and their financial performance.

1. A large group of firms are inherently short-term

The financial promises of responsible behavior are frequently over the long-term. However, not all firms can wait for those long-term benefits. Examples that Mehrpouya and Chowdhury cite are firms that operate in volatile sectors and/or geographical settings, or those in financial distress. In all these cases, corporate behaviors are primarily driven by short-term results.

Attention to short-term results is further reinforced in all firms by intensifying pressures from shareholders, which are dominantly short-term (despite the expanding size and momentum of socially responsible investments). In the shift from managerial to shareholder capitalism we have seen increasing pressure from investors demanding higher quarterly returns; this makes it harder for businesses to adopt a progressive, long-term business strategy without demonstrating short-term financial value to shareholders. Recent research has shown that about 75% of corporate social responsibility proposals at shareholder meetings receive less than 20% of favorable votes.

Traditionally, the social cost of production and demand are both located within the same society, but in the modern global landscape of multinational corporations this is simply no longer the case. For a consumer, investor, or supplier to be able to support socially responsible business in a globalized business, they must alter their behaviors depending on a sense of solidarity with people on the other side of the world. In this sense, disaggregation of global supply chains means that it is increasingly difficult to engender the kind of connection that exists when the majority of company stakeholders are geographically co-located, or at least present in the same country.

Vertical disintegration has become one of the most pervasive trends in business over the last three decades across a wide range of sectors. When in the past one entity might have employed all of the different elements needed to produce, distribute and sell a product, increasingly these functions are being carried out by different companies. Mehrpouya and Chowdhury take the example of an iPhone, where there are numerous hidden levels in the production chain, ranging from a mining company to electrical components manufacturers to assembly lines.

We therefore have seen a growth in business-to-business firms in relation to business-to-customer firms and, for this new expanse of B-to-B’s hidden way down the supply chain as they have become known, public image is of little consequence. “It’s a trend that has become a fast-expanding paradigm in all sectors of economy with quite prominent examples in the automotive industry, the pharmaceutical sector, in electronics, and consumer products. As a result, a bigger and bigger chunk of the global industrial system is B-to-B businesses that are not directly in touch with the customer, and are deeply hidden down the supply chains” says Mehrpouya.

In brief, as a result of vertical disintegration customer-facing companies’ share of the global market is shrinking, and, with it, the share of global capital markets that is public-image-conscious is shrinking as well.

Yet another pervasive trend that has come to dominate the business landscape is the ongoing growth of oligopolies/monopolies. For stakeholders to be able to exert control over a firm’s behavior, they must have the freedom to replace one firm with another. When this is not the case, the stakeholder don’t have the power and mobility to translate the firms’ social behaviour to final implications for the firms.

“A company from an economic perspective has less motivation to be responsible if it has too much market concentration and power,” says Mehrpouya, citing the example of pharmaceutical companies that hold patents for products that customers are stuck with because their healthcare conditions mean they need medicine regardless of a company’s behavior. The same is true of financial crises and periods of high unemployment, during-which the freedom of consumers and workers to choose which businesses they buy from and work for is restricted. In all these situations, financial rewards are not sufficient to guarantee responsible behavior.

Faced with the widespread failure of self-regulation of environmental and social impacts by businesses, linked in large part to the 4 factors explored above, how can we ensure businesses keep themselves in check moving forward? Mehrpouya and colleagues point to the need for better media coverage of firms’ behaviour leading to more rigorous public debates, more effective regulatory and civil society activity, and better ethical training for managers.

How Can Impact Investment Satisfy both Societal and Business Needs?

Ultimately, it seems, in many situations, that financial rewards are insufficient to drive social responsibility activities. These situations are becoming more prevalent due to a multitude of phenomena, including vertical disintegration, off-shoring of production, the growth of conglomerates and monopolies, and intensifying shareholder pressures for short-term returns. “There has been too much talk of doing well by doing good, which, as a mantra, works in certain settings but not all the time. Instead of blind adherence to this mantra, it is important to question it and, where possible, to reinforce the mechanisms that actually make it work and offset any dysfunctions,” says Mehrpouya.

Afshin Mehrpouya's research focuses on performance measurement and its role in transnational governance, construction of rankings (notably in the...