Are we able to predict entrepreneurial success? From a return experience, Professor Thomas Åstebro at HEC Paris, describes the success story of a venture that he never expected to work so well. 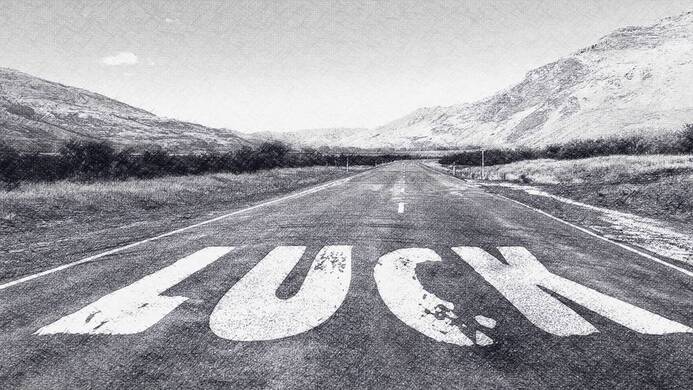 Let me tell you a true story of how I avoided making plenty of money for what in hindsight can only be explained as “bad luck”. My neighbor and friend Craig, someone you would call a “serial entrepreneur”, got in touch with me asking if I would invest in a venture opportunity. This would not be the first time he asked me as Craig ran an angel investing group. Craig was a member of a golf club at his country house in the Muskoka region north-east of Toronto and I went up and played the course on two occasions. The golf course was newly built, beautiful and for members-only. It lacked one thing though – a clubhouse. In its place, there was a temporary barrack.

The management of the course operations turned out to be quite poor, and therefore they had wanted out after just two years. Craig put together a proposal for buying out the course operators. He would get the business for a reasonable price but he would still need a fairly large amount of money to take it over. He turned to a group of friends and asked each of them to make a $50,000 investment, with a plan to return it in two years plus interest.

I studied the business plan carefully. It was well done, but relied on a number of assumptions. Since the course was new it did not have enough paying members to make the current operations turn a profit. In fact, there needed to be a lot of new members joining for the plan to work out. Where would they come from?

I looked at maps and population registers, and membership data for current golf courses in the region and in Canada in general. The numbers gave me pause. Memberships in golf courses had been in decline over the past five years. I had been playing golf for over ten years, often with Craig, and we both saw that green fees were stagnant on public courses, and many courses were starting to give special offers, which we were really making the most of. In addition, there did not seem to be a lot of people living in Muskoka, compared to the  fair number of new golf courses in the area already.

Craig countered these concerns with the argument that new members would not be the permanent inhabitants, but those coming from Toronto to stay at their cabins over the weekend. And for the general golf craze being over, Craig said that even so, this did not apply to his course because it was an upscale private course which would not rely on public walk-ons, but on prestige membership fees. Although I had a lot of faith in Craig’s entrepreneurial skills based on what he had done before, this venture sounded too risky.

In fact, Craig and I took two opposing views on the venture. I took what the Nobel Prize winning Economist Daniel Kahneman would call the “outside” view: looking at general data on comparables and, trying to make projections for the specific case at hand. Craig on the other hand took the “inside” view, using the specifics of the case to make a forecast, and ignoring, or at least heavily discounting the general trends which I paid attention to. According to Kahneman, Craig was making a serious judgment error. (1)

I decided to decline the offer. All the other friends who Craig had asked pitched in, and Craig bought out the prior owners. During his first season, many things went well, but others did not. It was a little bit of both, as is typical in new ventures. Craig’s plan was to start building the new clubhouse after two years. One member was particularly displeased with this. It would take years before the new club house would be finished.

In the meantime, they had access to a lousy barrack. One day the member asked Craig again when the clubhouse would start and again Craig said it would be start being built at the end of the following season. The member, greatly miffed by the answer, pulled out his checkbook and asked Craig how much he wanted so the member could take over operations and fast-track the building of the clubhouse. They decided on a number on the spot. Three months later, Craig and his friends cashed out at  twice their initial investment, in less than a year.

90% of the cases we have no clue – outcomes are seemingly completely random.

What can we learn from this story?

With this story I want to impress on you that researchers on entrepreneurship and other pundits really don’t know very much about what makes an entrepreneur successful. Neither does the entrepreneur, even though in hindsight they may not lack explanations. But Craig has never claimed that he cashed out from the golf course venture because of his skills. He always laughs about it, stressing it was “plain dumb luck”.

When researchers try to correlate future success with past or current characteristics of the venture, the owner, the team, and the industry of operations we can typically explain less than ten percent of the variance in success. This means, less technically, that- in approximately just 10% of the cases do we have a rough idea about why things went well. In the other 90% of the cases we have no clue – outcomes are seemingly completely random. If we have some proxy for the quality of the specific business or product idea, we can do a bit better, but these kind of data are very hard to come by. (2) In general then, choosing to become an entrepreneur is like playing the lottery.

There is a frightfully small chance that you will succeed, but most often you will fail. What you do as an entrepreneur might make a difference in terms of causing your business to fail, so you should learn to avoid common mistakes. That is how we teach entrepreneurship in the MBA program at HEC Paris, where I am the co-Director. We address common mistakes, and find ways to avoid them, or at least to mitigate the risk of failing. But trying to predict whether you will draw the entrepreneurial jackpot is futile.

1- For a discussion of Craig’s psychological bias, please see Daniel Kahneman, " Thinking Fast and Slow", Farrar, Strauss and Giroux, New York, 2011. To illustrate this general and very persistent bias among people, Kahneman repeatedly has made somewhat of a joke of himself, retelling the story of a curriculum development project he was involved in. One year in to it, he and his colleagues made projections on when they were going to finish. Each one of them based their forecast on where they were at present and how much more time they expected they needed. The consensus estimate was two years of additional time, with a very narrow prediction interval. But when Kahneman asked his senior curriculum expert who was a member of the group how long it had taken other similar projects of similar length and complexity, the answer was, sheepishly, seven years, with 40% never finishing. Indeed, the project was finished eight years later (Kahneman, 2011, p. 245-249.) 2- For such unique data and what they can predict see for example Åstebro T. (2003) “The Return to Independent Invention: Evidence of Risk Seeking, Extreme Optimism or Skewness-Loving?” The Economic Journal , 113(484), 226-239.
Related topics:
Entrepreneurship and Startups
Strategy
Download & Print
Share
FACEBOOK
TWITTER
LINKEDIN
EMAIL