How Do Governments And Individuals Make Decisions In A Time Of Crisis? The Case Of The Coronavirus

Why different countries have made very different decisions to fight the coronavirus? What are the potential consequences of such crisis on the psychology of the population? In this interview, Anne-Sophie Chaxel, HEC Paris Associate Professor of Marketing specialized in consumer behavior and decision-making, explains the different approaches of governments toward their responsibility, and the biases behind non-optimal behaviors and decisions. She also shares her recommendation regarding decision-making processes. 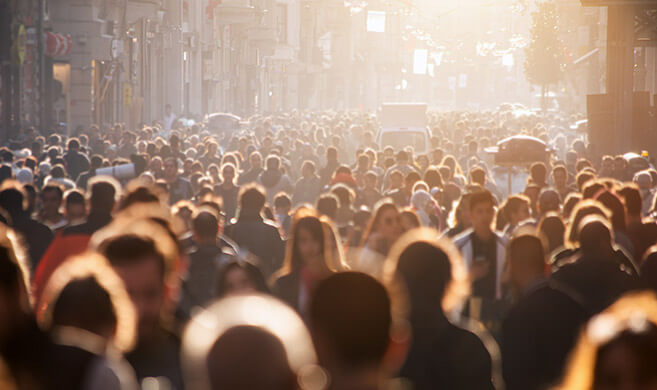 How do you explain that different governments have made very different decisions to fight the coronavirus?

There are three major steps in making such impactful decisions: situation framing, information gathering, and coming to conclusions. Each step can lead to adopting a different approach to a same problem. The first step is what we call situation framing, which is to determine the different aspects by which a decision can be analyzed. In the coronavirus crisis, there is not one single aspect that is important, but a number of dimensions that can impact the decisions that will need to be made: the human, economic, financial, and individual freedom dimensions are for instance all key aspects of the decision-making process. Each government will need to prioritize which ones they consider the most important, and the ones they consider the least important.

This choice will be highly dependent of how each country defines the role that the government must play in a society.

This choice will be highly dependent of how each country defines the role that the government must play in a society. You can already see stark differences on this framing phase in the approaches adopted by, let’s say- the US, focusing on protecting individual freedom and wishing to keep the economy going, and Denmark, focusing first and foremost on helping people who cannot work during the crisis.

Once the framing is defined, follows a phase of information gathering. In the coronavirus crisis, this is a delicate phase, as more information is learned every single day about how the virus works and spreads. When key information is missing, governments must make assumptions to enable decision-making in the face of uncertainty. Each government can select different information to base their decisions on, make different assumptions and inferences based on the information that they do have, and therefore again end-up with different decisions.

Different groups of experts in different countries can process and interpret the same information differently, and thereby, reach different decisions.

Are there specific biases that decision-makers have to be particularly careful to avoid when making decisions?

I will cite three biases that seem to me to be particularly relevant to the current crisis. The first one is overconfidence. We have seen overconfidence operating at the beginning of the crisis, when we were (over)confident the virus would not be major disruption – and that even if it were, we would be ready to confront it. To avoid overconfidence, decision-makers need to have not only good primary knowledge of the situation, but most importantly good metaknowledge, which is a fair assessment of what we know and what we do not know. In the case of the coronavirus, awareness that our metaknowledge was very limited about the virus may have led us to make decisions that are more drastic earlier in the crisis.

Only selecting information that would tend to prove that the virus would not come to Europe is a good example of selective exposure to information.

Another bias that may be at play is actually a family of biases, which we call confirmatory bias. Confirmatory bias happens when we select information that fits what we want to be believe in (that’s what we call selective exposure to information), or when we process information in a way that confirms what we’d like to be true (that’s what we call information distortion). For instance at the beginning of the crisis, only selecting information that would tend to prove that the virus would not come to Europe (e.g., warmer weather, or recalling previous instances of virus that were active in Asia but not in Europe) is a good example of selective exposure to information, i.e., picking information that fits what you’d hope for. Even more pervasive is information distortion, which happens completely without awareness and therefore is particularly dangerous. This happens when we interpret objective information in a way that confirms that we want to believe in. For instance, looking at information about how to fight the virus (say, drinking water), and interpreting the results in a way that confirms what we would hope for (say, it helps fight the coronavirus). This is one of the major reasons for the spread of fake news.

Finally, a last bias I want to mention is groupthink, by which groups tend to avoid conflict and usually want to reach consensual decisions, sometimes leading groups to make more biased decisions than single individuals. Most governments have appointed groups of medical experts to gather and interpret information related to the coronavirus – this is in no way a certain way of avoiding unbiased decision-making, as experts have been shown to be themselves subject to groupthink. If the expertise is well-present in such groups (which is a required first step for accurate decision-making), there are ways to avoid consensus to be reached to fast, such as appointing devil advocates in such groups, which systematically defend a different set of actions and thereby challenge the consensus, to make sure of the validity of the chosen course of action.

What are the potential consequences of such crisis on the psychology of the population?

This is difficult to predict because the current situation brings up very different emotions in different people, such as anxiety for some, depression for others, or detachment for others. That being said, some of my work has demonstrated that limited time perspective (or thinking of time as scarce) increases confirmatory biases, such as processing information in a way that confirms our beliefs.

I would expect during the crisis to see people process information in a way that makes them see what they want to see.

Thinking about one’s own mortality is definitely a good instance of framing the time in our life as limited. So to a largely extent I would expect during the crisis to see people defend their beliefs even more than usual, and process information in a way that makes them see what they want to see. Such process can only lead to more polarization.

Is there any recommendation regarding decision-making processes that you’d like to offer?

Besides attempting to avoid the biases I have mentioned, I think one important aspect not to forget is learning from experience. New data are gathered and interpreted every day, and the validity of each action must be reassessed regularly. This is only through this systematic reassessment that our decision-makers can improve their course of action in the weeks and months to come. I also hope that such learning from experience will be done at the end of the crisis, to reassess our readiness to approach other types of unexpected crises.

Listen to Anne-Sophie Chaxel on the HEC Paris podcast:

During a time of crisis, the lack of information and time, as well as cultural differences, impact how governments make decisions and how the population reacts to them. #HECprof @SophieChaxel is worried that some cognitive biases lead to more polarization in society. https://t.co/8ysZuA0TD3