Marketing During Inflation: How to Adapt

After the COVID pandemic, Chief Marketing Officers would have finally hoped for calmer times: more stable sales, budget increases instead of cuts and fewer "knee-jerk reactions". Now, however, we have to deal with a depressed consumer climate, triggered by an enormous increase in inflation. This is something which we might no longer have considered possible, let alone as a long-term phenomenon, and which we would have thought of (over-optimistically) as an unwanted echo of the past. During these times, which products and services will be less in demand? And what marketing strategy should CMOs develop? 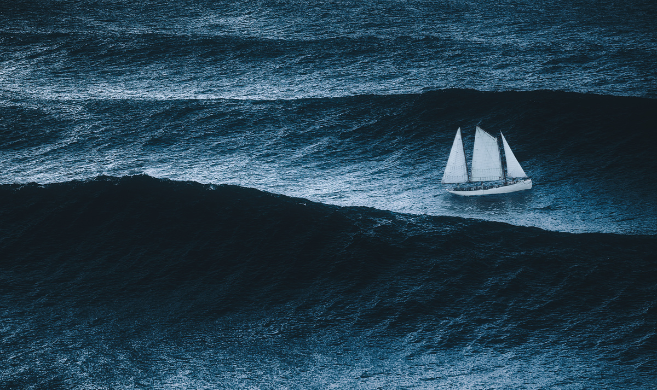 Some social classes are now perceiving these enormous price increases as a threat to their very way of life: In the UK, people have been talking about "heating or eating" for quite some time and almost one in four people intend to leave the heating permanently switched off this winter. According to Maslow's hierarchy of needs, parts of society have consequently started to refocus on deficiency needs, or basic requirements. At the same time, the news coming from the United States of America is equally worrying. There, the central bank is deliberately risking a recession in order to get a grip on escalating inflation. The question that CMOs are asking themselves is therefore: what measures should be taken to counter the imminent change in consumer behavior?

Indeed, to refer to this as a change could, in retrospect, turn out to be something of an understatement. The term “shock” will probably prove to be more accurate when rocketing energy prices have become established everywhere and their cumulative impact makes itself felt – and cause concern not just at the petrol pumps or when reading the utility bills. It is well-known that what is perceived is perceived to be real and it may well be that the mere anticipation of the effect of cumulative price increases on the shopping bill will bring about a sea change and cause consumers to adapt their consumption habits in one fell swoop. A shift of this sort is to be expected at the latest when tough compromises have to be made, as in the tragic extreme example of Great Britain ("heat or eat"). Which products and services will be less in demand and which will be completely dispensed with? Luxury goods are booming, but might there perhaps even be winners, such as products and services which will experience a boom in demand, for example the "little luxuries" that are still just about affordable?

Of course, all these questions about going-without and finding substitutes are being asked not only by CMOs, but also by Boards of Directors and CEOs. Consequently, their assessments of these questions may very soon lead to cuts in marketing budgets. That is why it is important, without exception, to argue on the basis of key figures that link every marketing expense to an item of income. CMOs can only defend budget items that are accompanied by value generation.

CMOs can only defend budget items that are accompanied by value generation.

A good example and a source of inspiration that can be cited is provided by D2C business models, i.e. companies that choose the direct sales channel, mostly online. Such companies consider every (communication) channel as a sales channel, and thus marketing and sales are one and the same thing, namely marketing (the distinction is an absurdity anyway and a result of the degrading of the position of CMO). This allows an unbiased approach to a wide variety of channels, because only if the key figures, such as maximizing the ROAS ("Return on Ad Spend") or the customer market value ("Customer Equity"), are clearly set out, it is possible to conduct an objective discussion that is independent of the advertising media used.

This is a desirable side effect, because the arguments around advertising media are characterized by subjectivity, weakening the role of CMO and undermining its strategic relevance in company management. Indeed, there are CMOs who strengthen their position with statements such as "I don't particularly like the advertising media either, but they work excellently", who consciously assign the advertising media a subordinate role, and thus raise themselves to the same level as the other members of the management board. As a result, the right choice of language is crucial: communication of objective, comprehensible key figures instead of subjective arguments about advertising media. It is important that CMOs adopt this principle, especially now at a time that budget cuts are back on the table.

Refusing to make budget cuts can also often bring a competitive advantage – and such an advantage could not come at a better moment: uncertainty will fuel fluctuations in consumer intentions to change to such a high degree that market share can be gained or lost even in stable markets. That is why it is also vital to do the homework around the basics: On the one hand, products and services should be available while, on the other, the associated service quality should remain high. Recently, however, problems have emerged specifically in connection with these two fundamental factors and have become even more intense in certain industries. Although increasing inflation is putting pressure on demand, meaning that the supply chain problem should subside by the Christmas season, out-of-stock products and problems with service quality are currently reducing customer satisfaction in many sectors of the economy. In this case, of course, simply maintaining marketing activities at the same level will not bring the desired additional market share during such a period of fundamental transition. In such a scenario, it is possible that consumers will no longer simply change, but will spend their money in another area.

Be aware of the mental accounts of consumers

Central here is what is known as mental accounting, in which certain accounts are more important than others: In their minds, consumers split up their budgets into different mental accounts. Two principal scenarios can be observed here: On the one hand, entire mental accounts may be closed down due to delivery difficulties and poor service quality, on the other, and I consider this to be much more likely, this will not be done voluntarily. Instead, inflation and budget constraints will oblige consumers to close certain mental accounts, such as those devoted to leisure activities. These accounts will be reoriented toward food, which is becoming more expensive, meaning that the associated mental account must be bolstered. It is also quite possible, especially in presence of such a sea change, that this mental account will be boosted more than is actually necessary if consumers consider products as "little luxuries" and demand more of them (e.g. Ben & Jerry's). Economists describe such behavior as the Giffen paradox, namely a situation in which rising prices for certain products and services do not lead to falling but increasing demand.

Rising prices for certain products and services do not lead to falling but increasing demand.

To summarize, CMOs should be prepared for budget cuts, regardless of whether or not the objective, comprehensible key figures are rigorosly communicated. At the same time, the importance of observing the market is increasing in order to be able to detect changes in price elasticity and changing consumer behavior in good time. This requires a granular view at segment level, including close monitoring of sales (short-term) and customer market values (long-term).

Andreas Lanz's research on seeding and dissemination in user-generated content networks lies primarily in the intersection between marketing...