Meta and Data Privacy: a Clash of Cultures and Generations?

HEC Paris Assistant Professor in Marketing, Klaus Miller, analyzes the February 3 Facebook/Meta stock market plunge. What exactly does it tell us about private data on internet and its links to the advertising world? We meet Klaus on February 8, the very day he and five co-researchers self-published “The Impact of the GDPR on the Online Advertising Market”. This book focuses on Europe’s GDPR and how it affects online publicity. In a wide-ranging discussion on personal data and the advertising industry, Klaus provides insights on ad blockers on news websites and their impact on our reading habits. 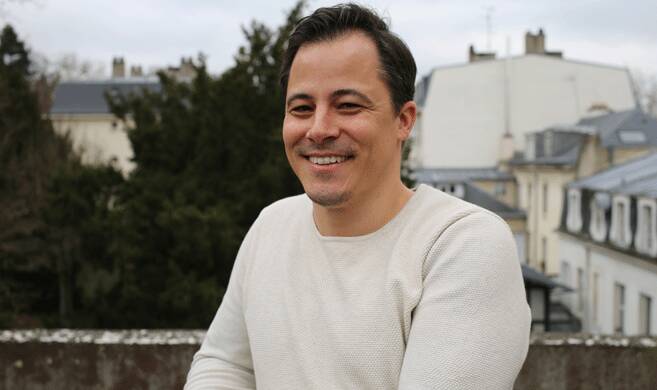 In January, you published a major research paper on the impact of ad blockers on the consumption of news . Some are attributing the fall in Meta’s stock prices on February 3 partly to changes in both Europe’s and Apple’s privacy regulations. Mark Zuckerberg himself admitted: “There is a clear trend where less data is available to deliver personalized ads.” Specialists believe this trend partly explains Meta’s 23% drop in stock value. Your analysis of this argument?

Let us take a step back on this question. What we as a society (and essentially our data protection agencies and regulators) are facing is the trade-off between protecting consumer privacy, on the one hand, and fostering economic prosperity of firms, on the other. And we have seen very different regimes across the globe answering this question in very different ways. For example, in the United States, the balance has always tilted towards more economic prosperity and less data protection of the users. And in Europe we have taken a different approach, whereby we want more privacy protection and we accept higher costs or less prosperity for firms. However, we can see several changes in consumer behavior that are now affecting Meta/Facebook specifically.

Apple allowed its iPhone users to choose whether advertisers could track them. Three-quarters said no, according to the analytics company Flurry. How is this affecting advertisers?

Indeed, with regards to Apple, every app developer within the iOS network has to ask his or her app users for consent to being tracked. And this has led to many users not consenting to this tracking, which makes it more difficult for firms such as Facebook. They rely heavily on iOS devices for their revenue, collecting personal data to target consumer with personalized advertising.

So what happens if you take away online tracking? That's basically the big question. What we see is that advertising money is essentially shifting towards Google search advertising, towards Android, and away from iOS app advertising. This has a major impact on Facebook because they are highly reliant on iOS and mobile advertising revenues in general.

One of your research projects studied the activities of almost 80,000 users on a news website. The results indicate an impressive leap of consumption of news by those using ad blocks. What conclusions can you draw from this?

Basically, what we found in our research paper, “How Does the Adoption of Ad Blockers Affect News Consumption?”, is that ad-sensitive users consume up to one third more content when not seeing ads. Their behavior is transformed. There's a group of users that really hate ads, to be frank. And I think it’s very important for publishers to recognize this, especially if you consider the large number of ad blocker users are younger audiences. Our data find that, on average, 24% of all users use an ad blocker. But if you look at the younger target groups, they're up to 100% ad blocker usage. Again, I think it is very important for publishers to recognize this finding that younger target groups do not want to be monetized by seeing annoying advertising.

We find that ad-sensitive users consume up to 1/3 more content when not seeing ads, and that 24% of all users use an ad blocker. I think publishers should recognize this.

Find the book online for free, or pay what you want.

Klaus Miller is affiliated with Hi!PARIS, the Center on Data Analytics and Artificial Intelligence for Science, Business and Society. His research...