Social Distancing: What Will the Economic Fallout Be?

On March 14 and 15, France instituted a series of social-distancing measures to combat the outbreak of the Covid-19 virus. How much have these measures reduced the active workforce and how will the economy be affected? HEC Paris associate professor of finance Jean-Noël Barrot and his co-authors conducted a study, based initially on French data, to answer these pressing questions. 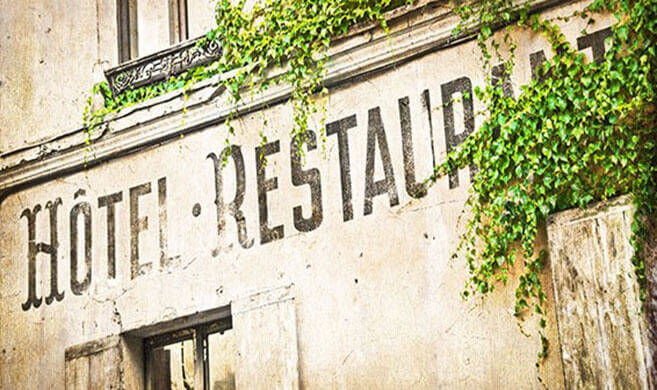 “Each day, each week of confinement... is worsening our public finances,” said French Budget Minister Gerald Darmanin in mid-April. “We are going to go from -7.6% deficit to -9%, something our country hasn’t seen since the Second World War.”

Beginning in mid-March, French people have not been able to leave their homes without a self-issued permit, and only for a limited number of activities, such as authorized work (if remote work is impossible), buying groceries, necessary doctor’s appointments and one hour of exercise per day within a one-kilometer radius of their home. Strict compliance with a safety distance of one meter between individuals has also been imposed.

As France prepares to begin a “progressive and controlled” lockdown exit on May 11, a look at the impact on economic activity of social distancing, as well as the effect of targeted and gradual relaxing of these restrictions, may help in understanding the most useful policies to restart the economy and recover from the crisis.

An impact across virtually all sectors

My co-authors and I sought to analyze the effects of social-distancing rules on the active workforce in France, and to measure its impact across the production network. (Though our analysis focused on France, we feel analogies can be made to other countries.)

Because certain establishments were prohibited from opening, one of the effects of the government’s confinement decree was to reduce the workforce. It is difficult to quantify the effect of a workforce reduction without taking into account relationships between sectors. We therefore analyzed the effects across 36 interacting sectors.

Using 2016 census data and a 2019 European study on remote work, we found that administrative closings had an effect on 10.9% of the workforce — halting work almost entirely — in certain predictable industries: hotels and restaurants, arts and leisure, wholesale and retail, and social work.

In addition, because of the closures of nurseries and schools, we estimated that 13.2% of working people with dependent children under 16 who were forced to stop work in favor of taking care of their children.

The ability to work remotely: a crucial factor

Furthermore, the Minister of Labor asked firms to facilitate remote work as much as possible, and to adapt working conditions to health guidelines. We examined data from a European Community survey of employees’ access to portable Internet-connected devices (computers, tablets, smartphones) conducted at 12,500 companies of more than 10 employees, which showed the proportion to be 32%, and the share of people working with Internet-connected computers, 62%. During a strict confinement, only these people would be able to work. (France compares favorably to its European neighbors in its capacity for remote work: 62% of French workers use a computer daily, while the European average is 54%. In our analysis across European countries, we observed less of a decrease of the GDP in Denmark and Norway, compared to other European countries, because of their capacity to telecommute.)

We estimated an overall drop in the active workforce of 52%.

By combining the effect of administrative closings; childcare duties imposed by the closings of nurseries, schools, colleges and high schools; and that of strict confinement, allowing only people who usually work on a computer to continue to do so, we estimated an overall drop in the active workforce of 52%.

Our model also made it possible to estimate the effect of social distancing on the GDP. We estimated that six weeks of social distancing would reduce the GDP by 5.6%. Note, however, that our model does not take into account the effects of international trade, nor economic policies that have already been put in place to respond to the crisis, such as the extension of partial unemployment, the suspension of the payment of some taxes, or support funds for small businesses.

As for different plans for exiting lockdown, we posed a theoretical comparison between ending lockdown after four versus six weeks. We found that ending lockdown earlier would inject 3,000 euros per worker into the economy. The effect of a four-week versus six-week lockdown were relatively stable by age group (if one group were put back in the workforce and the others locked down) but varied, sometimes greatly, across sectors and regions. If measures in the Ile-de-France were lifted after four rather than six weeks, the GDP would increase by 0.4%, according to our estimates, compared to 0.1% for Brittany.

Likewise, if employees of certain sectors were put back to work earlier versus later, the effect on the economy would be more marked for sectors that are more central. Thus, lifting restrictions on employees in the coke and petroleum sector (the highest impact in our study) would have many thousands of times more effect than releasing social workers (the lowest impact) in terms of euros per released worker.

As noted earlier, however, these results must be interpreted with caution, and within the limits of the model’s assumptions. They make it possible to identify the most affected sectors but do not in any way challenge the importance of social distancing, which is well established by medical literature as an effective means of slowing down the epidemic, whose human, social and economic costs are considerable.

Our next steps include studying the effects of various policies on demand and supply after re-opening the economy.

Our current findings have been submitted to the French government in hopes that it will aid in determining French policy post-lockdown. Our next steps include studying the effects of various policies (unemployment insurance, business subsidies) on demand and supply after re-opening the economy. We will also apply our models to the United States, the United Kingdom and Belgium.

As world economies gradually open up, we must be attentive to all of the cogs of the economic machine, as business sectors are interconnected and influence one another. Certain upstream sectors, for example, have been affected by the fall in demand from other sectors. As the economy relaunches, it may be helpful to pay them particular attention to determine the most efficacious economic policies.

Using statistical data from the 2016 census and a 2019 European study on telework, we estimated the effects of containment on employment and value added by sector. Regarding the effect of the progressive phasing out of social distancing, we considered each sector (or region, or age group), assuming that social distancing is lifted after four weeks instead of six, and we measured the effect on the GDP.