The image of a Falcon rocket topped by the Crew Dragon capsule designed and manufactured by private company SpaceX as part of a NASA mission, has struck world public opinion in May 2020. Like its landing in the Gulf of Mexico a few weeks later, in early August. It illustrates the profound changes that have affected the space industry in recent years. In this article, Professor of international business law Lucien Rapp describes the transformation of the space industry and the strategies developed to enter the space market, as well as the challenges of its privatization for the future of the industry. 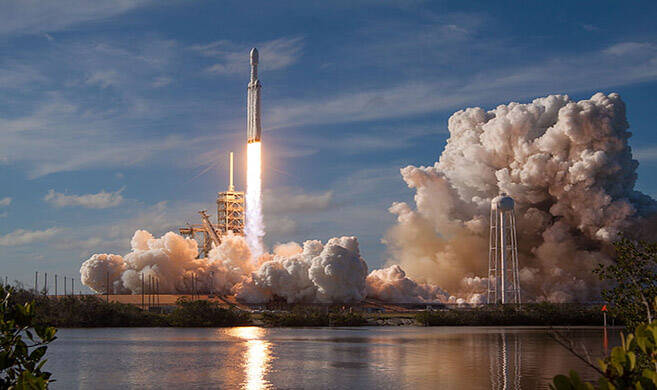 Space activities: from exploration to exploitation

For a long time, space activities were dominated exclusively by an exploration objective, placing them in major public initiative programmes, financed entirely by public funds. These programmes have given rise to industrial sectors based around a few major principals and a multitude of subcontractors at different levels. These industrial sectors are still today at the heart of the space economy, including the French satellite construction and launch sectors, defining France as a space power.

Only recently, space has gradually entered a phase of exploitation. This new phase corresponds to a more commercial approach to space activities and a greater dependence of terrestrial activities on their services and techniques. Space activities are then more deeply rooted in the economies of the States.

The geolocation tools (the famous "GPS"), which equip almost all mass-produced vehicles in circulation and telephones in use, is a magnificent illustration of this. It establishes a lasting link between two hitherto alien industrial ecosystems: that of mechanical engineering and that of space activities. It strengthens their respective futures.

Space activities are deeply rooted in the economies of the States. The GPS technology that equips almost all mass-produced vehicles and phones is a topical illustration.

New markets have opened up, in which new operators have entered, triggering the interest of private sector financiers in emerging and promising industrial projects. By the end of 2019, some 170 space-related industrial projects had raised the equivalent of $5.7 billion. Although we cannot speak of a "bubble" as for Internet-related projects, this sum is significant enough to attract attention. It is all the more so because the guarantees offered in exchange for this financing concern industrial projects that are deployed in space, i.e. outside the scope of traditional legal mechanisms for securing investments.

New markets have opened up, triggering the interest of private sector financiers in emerging and promising industrial projects.

New value chains have emerged, branching out into activities, particularly services. They are increasingly sophisticated and intrinsically linked to the industrial fabric of each State: design and manufacture of satellite; launch; operation; maintenance in orbit; production of earth observation data, and soon, their exploitation in processing methods using self-learning algorithms.

Those activities provide commercial services in almost common use: meteorology and climate change; monitoring of fishery or mining resources; monitoring of critical installations (nuclear and photovoltaic power plants, gas and oil pipelines) and of the seas and oceans; agriculture (irrigation, fertilizers); geolocation and consequently transport and distribution industry, urban and peri-urban mobility, etc.

New industrial ecosystems of medium-sized principals, new types of subcontractors, operators and customers corresponding to new uses of satellites have been created in the earth-space segment, space-earth and more recently space-space segment with the promise of On-Orbit Servicing.

For a moment, one might have thought about a shift in the space economy, away from its domination by governments and their space agencies, geopolitical concerns and power relations between States, national programmes and public procurement, space sanctuarization and space regime articulation around major universally accepted principles.

A market and entrepreneur economy was being established, more open to private initiatives, more innovative and more attractive, challenging the historical players by making better use of existing resources.

This privatization of space activities, with the arrival of many private operators coming from competitive sectors, accelerated a movement that challenged the traditional operators development models, such as the inertia linked to their size or caused by the duration of the programmes they were involved in.

Also, over the last few years, one could observe how private operators of international stature were able to transform new technical concepts (small satellites, electric propulsion, assembly in space) into industrial and commercial achievements.

Entrepreneurs with a low-price approach might inhibit disruptive innovation

This - incidentally very positive - industrial effervescence reveals many weaknesses. The sustainability of these new industrial projects, very capital-intensive, depends to a large extent on the ability of external financiers to support them. They rely, not only on the confidence inspired by the projects, but also on the economic situation, both national and international.

The new entrants success to the space market is built on aggressive strategies based on an ability to decide more quickly, on increased risk-taking, on a tolerance for failure, on acceptance of lower levels of reliability, but also, for most of them, on innovations in use and not in products (with the possible exception of micro- and nano-satellites).

The new entrants success to the space market is built on aggressive strategies based on an ability to decide more quickly, on innovations in use, and on a low-price approach.

Entrepreneurs’s industrial models remind the low-cost airlines or telecommunications companies ones. One weakness sign is the vogue for "re-use" of launchers and satellites that are kept in operation beyond the end of their product life. This vogue has been very attractive in a context of great sensitivity to pollution of all kinds, starting with that caused by the accumulation of space debris in near space.

Yet, one may wonder whether it is more a low-price approach (more in line with the strategy of operators entering a market open to competition) than a low-cost approach (attentive to the economy of means and the preservation of the environment).

The rejection of the existing legal framework on the part of several of these incoming operators, distances these strategies from the model of disruptive innovation, theorized by Clayton M. Christensen (Innovator's Dilemma, 1997).

The economic crisis caused by the COVID pandemic-19 and the population containment may have reshuffled the cards and opened a new phase in the evolution of space activities. They affect the space sector in the same way as all other industrial sectors, with a differentiated impact depending on the activities.

The postponement of launch schedules, the stoppage of many satellite production lines and the drying up of private financing have disorganized emerging operators, causing new weaknesses here and there.

In a context that has become uncertain and for different reasons, some of these operators (One-Web, Intelsat) have deemed it preferable to file for Chapter 11 protection under the US Bankruptcy Act. Admittedly, their difficulties were already there, and the slowdown in world economic activity suggested that the globalization movement that had served them well up to that point was likely to have a lasting impact.

One word was flourishing, "slowbalization", to describe this multifaceted process of the free trade and economic liberalism excesses. It was both an objective observation and a wish expressed.

But a study carried out in April 2020 by the PwC firm revealed conclusions on the resilience of space activities. Certainly, three sets of activities should continue to dominate the sector: earth observation, space communications and satellite navigation. But each of them is registering new vulnerabilities that may well cloud their future as well.

The mobilization of funding to maintain activity in the Earth observation sector could be to the detriment of the R&D effort that the sector needs. The success of space communications depends on the development of a service industry deployed downstream of its activities, which must monitor its costs in order to achieve this. Space navigation-related activities have revealed their over-reliance on Chinese equipment manufacturers. This will have to be corrected through diversification or relocation strategies.

More than ever, the future of space activities depends on three factors:

1. Increased vigilance with regard to situations of monopolies and oligopolies resulting from a market split between one or two dominant operators and a multitude of small or medium-sized operators; no doubt that competition law, beginning with merger law, will see major developments in the space activities sector in the years ahead;

2. The capacity of States to organize the industrial eco-systems establishment around a few major ambitious programmes through a targeted and intelligent public procurement policy. It is interesting to observe the way NASA is conducting the ARTEMIS programme and the collaborative strategies it triggers on the part of the operators concerned. Here it is the National Team initiative, led by Blue Origin (created by Jeff Bezos), and there it is the C-Band Alliance between the world's Big 4 satellite operators. These industrial initiatives, all American or North American, make no secret of their intention to source their supplies from North American manufacturers, hence practicing a policy of national industrial preference;

3. The sanctuarization of sensitive industrial assets in the space sector through foreign investment control policies that systematically require authorization for financial equity investments that may correspond to predation strategies or policies.

Lucien Rapp is a tenured Professor at the Law School of University Toulouse-Capitole, lecturing at HEC Paris as an Affiliate Professor. He is one of...