Is globalization’s time up? There are two major, and conflicting, views about this tricky topic. For many economists, free trade is a natural state of the global economic system. Any upheavals – Covid-19, the war between Ukraine and Russia, the resurgence of protectionism - can only result in temporary disruptions which, sooner or later, will be corrected. They are just bursts of irrationality, arising momentarily from political forces upsetting otherwise harmonious economic balance, etc. 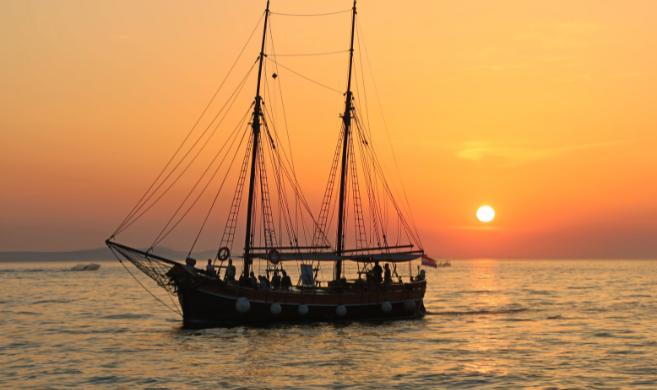 Of course the economists who see things in this way do not deny that free trade may sometimes bring negative effects such as pollution, and may increase some inequalities. But, just like Nobel laureate Paul Krugman, they believe it is almost always better to protect free trade ex ante, even if it means using wealth thus created to correct these negative effects ex post. If we hold to this perspective, deglobalization appears a terrifying prospect which would wipe out two and a half centuries of gains to send us back into much darker times. The only problem is, if the consequences of this globalization were so universally positive, why is it that it arouses such strong, repeated, and sustained opposition?

To shine a light on this, we have to fundamentally rethink free trade, and understand that it comes with costs that have been systematically underestimated by economists. It is this paradigm shift that I lay out in Le temps de la démondialisation (the time of deglobalization). This alternative view enables us to understand why, beyond a certain point, free trade may incur costs that far outweigh its benefits. And also that new forms of protectionism may be justified.

To our minds, the big misconception comes from the definition we ascribe to globalization. Many economists have a very abstract view of trade that can be summed up thus: if A and B are mutually in agreement to trade, then there are “benefits to trade” between them. If this is the case, then there is value to be created from letting them trade. Formulated thus, this argument works just as well for the local baker as for imports from the other side of the world. When reasoning in this way, there is no difference in nature between local trade and long-distance trade. The only actual difference would be distance, which is why many economists see globalization as nothing more than extending distances in trading.

A quick history lesson puts things in a very different light. Of course, long-distance trading has always existed. But, for a long time, it was governed by territorialized policies and legal rules. Traveling for goods or trade meant crossing through a number of territories, which each imposed their own rules and taxes, and had their own idea of what was in the common good. Long-distance trade was not inexistent, but it did have to abide by certain local political goals.

Trade law – of a more individualist and utilitarian nature – remained a fringe element beside civil law, which was more focused on communal and political ends. Maritime transport was highly “territorialized” since, for a long time, navigation was coastal. So to a large extent, economic policy consisted of reconciling the private interests of merchants with a vision of the public interest. As long as trade remained territorialized, limiting free trade to ensure public interests prevailed did not present any major difficulties.

The biggest change was the progressive deterritorialization of trade, following the “great discoveries” from the 15th and 16th centuries to today. Particularly with the opening up of the seas, merchants were gradually able to isolate themselves from the territorialized world of nations, politics and civil law.

Particularly with the opening up of the seas, merchants were gradually able to isolate themselves from the territorialized world of nations, politics and civil law.

Maritime transport was able to pit countries against each other as competitors, and merchants were able to avoid those whose laws were not favorable to their own private interests.

Over time, trade law and its principles (individualism and utilitarianism) gained the upper hand over old civil law. Private ends were able to make a stronger case than public interest. This process accelerated considerably in the 20th century as transport costs came down, due in particular to the invention of container ships.

Private ends were able to make a stronger case than public interest.

From this angle, globalization now seems like a profound change in the very nature of trading. Where once long-distance trading had traditionally been subject to common law, globalization should be seen as a process of emancipation from the world of territorialized, political, common interests. The first characteristic of globalization is the deterritorialization of trade: trade’s ability to remove itself from local, common goals. But there is something else: while economists often argue that the negative effects of free trade can be corrected ex post through redistribution, the deterritorialization of trade often makes this impossible. And this is because the most mobile players can relocate to more lenient jurisdictions, such as tax or regulatory havens for example. So not only are collective ends gradually abandoned ex ante, but it becomes more and more difficult to offer compensation to losers in this game of globalization ex post!

The cost of deterritorialization

The collective damage caused by this deterritorialization of trade can be illustrated with an example: flags of convenience. Currently, 80 to 90% of goods traded internationally move around by sea, on container ships and tankers, etc. Up until the 1980s, most merchant ships were registered in “big countries” and thus subject to the technical, social, environmental, and fiscal regulations of nations such as France, Germany, Greece, the United States, or Japan.

Since then, maritime transport has undergone major deterritorialization: the vast majority of cargo ships in the world now fly flags of convenience, such as Panama, Liberia, and the Marshall Islands. These countries permit ship-owners to fly their flag, even if these ships will never dock there and have no direct links to them. Flags of convenience work as a simple “nationality market” for the ships – and double, of course, as a competition of regulations and tax incentives to attract ship-owners.

In short, the ships that form the backbone of globalization are less regulated, less safe, more polluting, and less taxed than they would have been if trade had remained more closely connected to land.

In short, the ships that form the backbone of globalization are less regulated, less safe, more polluting, and less taxed than they would have been if trade had remained more closely connected to land.

Given these conditions, we can assert that a certain level of mobility lacks public spiritedness, in that its primary aim is to evade the regulatory and fiscal environment set up by countries taking part in trade. These countries lose part of their ability to implement policies that serve public interests.

That is why some of the complaints about free trade should not be taken likely; they refer to the very real fact that some things for the common good were have effectively sacrificed during the globalization process. More specifically, this process has contributed to dividing the social world in two: on the one side you have the most mobile players, who benefit greatly from their ability to deterritorialize (through tax evasion for example); on the other, the less mobile who see their local common assets deteriorate.

These costs that free trade brings can be used to justify new forms of protectionism, and a reasoned deglobalization. The primary intention of protectionism thus redesigned is not for a country to cut itself off from others with a reactive policy, but to protect its own common assets – natural or marine environments, know-how or strategic interests – through a positive action. It aims to create ties between economic activities and their treatment under the law, to make sure that trade is conducted in a way that is once again conditional on common values. This is the meaning of reterritorialization.

Guillaume Vuillemey's main research interests include derivatives markets, the functioning and regulation of banks and financial markets, as well as...