Why Companies Need to Pay Attention to Their Legitimacy

To retain talent, sell their products or attract investors, and generally justify their existence, businesses need to be perceived by society at large as legitimate. But as social values evolve over time or after a sudden crisis, organizations may see their actions and purpose questioned. In this interview, Julien Jourdan, expert on the consequences of reputation, legitimacy and scandals on organizations, explains why legitimacy is key to resilience for businesses. 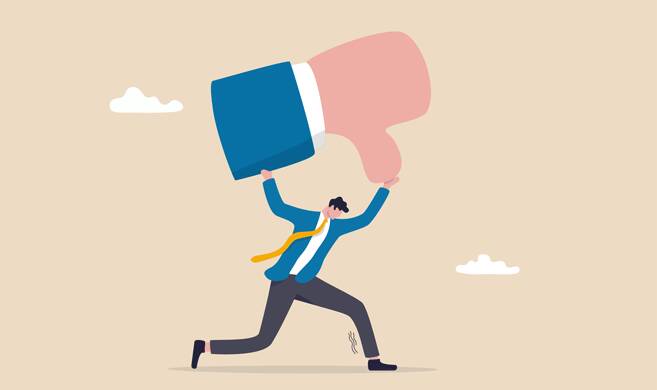 What is legitimacy in a business context?

Legitimacy is a generalized perception in society that the actions of an organization are desirable, proper, or appropriate. Legitimacy may greatly vary with space and time. Think about environmental concerns in the automobile industry: diesel engines were perfectly legitimate in the 1980s, and their production and sale strongly encouraged by several European governments. Not anymore, certainly not since the Dieselgate scandal.

Legitimacy has cognitive, pragmatic and moral aspects: Do we understand what the firm produces? Is it useful to society? Do we regard the organization as a force for good?

Why does legitimacy matter?

I tend to think about firms as coalitions of stakeholders maintained to achieve a purpose. In a market economy, nobody is forced to work for a firm, buy its products, or acquires its shares in the stock market. Each stakeholder brings certain resources to the collective project that the firm embodies: money of course, but also talent, ideas, and hard work. Convincing stakeholders to join the coalition and stay in requires more than an attractive economic proposition. Nobody likes being associated with an organization that is regarded as illegitimate.

Convincing stakeholders to join their coalition and stay in requires more than an attractive economic proposition. Nobody likes being associated with an organization that is regarded as illegitimate.

Ask HEC Paris graduates if they would be willing to join a tobacco company, a nuclear energy producer, or a firm caught in a major scandal. Most would just say no. A minority may accept but would only join in exchange for a larger compensation.

What happens when an organization is deemed illegitimate?

An organization that fails to meet legitimacy standards is at risk of meeting disapproval and even strong hostility. Illegitimacy has a cost and the most illegitimate organizations are at risk of having their “social license to operate” revoked.

For example, The Weinstein Company was the central piece of the American independent film industry until its founder was found guilty of sex crimes. But it only survived a few months after the “MeToo” scandal. In my work, I find that French film producers that fail to appear legitimate in the industry are twice more likely to go broke, irrespective of their commercial and artistic success.

Where do pressures for legitimacy come from?

From society in general, and activists and the media in particular. The more prominent organizations become, the more scrutiny they attract, and the more likely they are to be dragged into the spotlight and accused of wrongdoing. If their audience shows interest, the media are motivated to pursue the matter and, when the social drama develops, short episodes of Durkheimian “collective effervescence” may happen. These are ephemeral yet intense moments of emotion in society when moral rules – what is right and what is wrong, what is permissible and what is socially punishable – are questioned and revisited.

There are ephemeral yet intense moments of emotion in society when moral rules are questioned and revisited. And no executive wants to be in the C-suite when that happens.

Believe me: no executive wants to be in the C-suite when that happens. When the US EPA accused Volkswagen of cheating engine emission tests, the firm lost 42% of its market value in a few days. The CEO was forced to step down, many executives were investigated, and some ended up being prosecuted. The German firm survived but, to rebuild its legitimacy, it had to engage in a costly company-wide strategic reorientation, reinventing itself as a force for good, a (repentant) pioneer of clean transportation.

Large geopolitical events, like revolutions, insurrections, and wars may as well shift how organizations are perceived and trigger a form of “legitimacy stress”.

Consider multinational corporations caught in geopolitical crossfires. Overnight, such firms become at risk of being targeted by activists, NGOs, and governments in their home and host countries. They may react by boosting their engagement in lobbying and other corporate political activities, as we find in a study of multinational firms in the US at the onset of the 2003 war in Iraq.

But “private politics” tactics require time and only work when institutions in place allow them.

Resisting public pressures is especially hard in times of crisis when society experiences episodes of “collective effervescence”. Even if they have a strong rationale for doing so and the best intentions, leaders need to weight the benefits of maintaining operations and the potential long-term legitimacy cost for the entire organization.

The Western firms that maintained their activities in Russia in 2022 despite “name and shame” campaigns justified their policy by the need to preserve local jobs, serve innocent populations, and pointed out that valuable assets would end up in dirty hands if they left. Yet, as growing legitimacy concerns were adding to logistical difficulties, many were forced to exit eventually.

Preserving the legitimacy of a firm is not a mundane task, not something leaders may think about when they have time on their hands, when they have taken care of “real business” issues. It should be at the top of their minds at all times. It’s a leadership job par excellence.

Julien Jourdan is an Associate Professor of Management and Human Resources at HEC Paris. He teaches management and leadership in the PhD, MSc, and MBA...