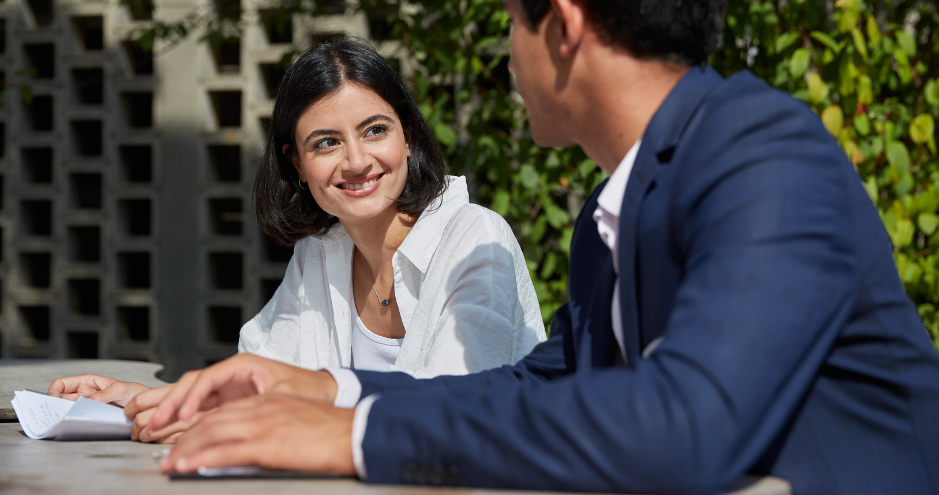 It was a Saturday night like any other.  I was sitting on a wooden bench outside of the school cafeteria, while talking to my friend Lyne Nachar, and having pizza from "Little Italy".  We both agreed that we needed some excitement in our lives in Jouy-en-Josas. After considering different options, ranging from selling cookies on campus, to hosting parties, we ended up deciding on creating an online questionnaire asking HEC students to share with us their daily habits and their desired qualities in a partner.

Then, with the help of our friend Mohammadreza Ahmadkhaniha, we created an algorithm that would match each student to “the one” based on their level of compatibility. We called our project “HEC Partner(ships)”, playing on the word “partner” from a consulting firm – yes, we are nerdy business students! Our promise was to make each student feel accomplished by finding his/her soulmate, and so, being promoted to the “partner” rank.

At the beginning, we wanted to remain anonymous, so we spread the link to the questionnaire through different WhatsApp groups. Initially, students were hesitant to share personal information and viewed completing the questionnaire as a sign of desperation. To alleviate their worries, we sent out a message, reassuring students that their responses were to remain confidential.

Additionally, to encourage more people to sign up, we set in motion a herd mentality by mentioning that a “surprisingly large” number of students have already participated in the project – putting our marketing skills into use. All of a sudden, in two days, we had over 180 respondents and the project had become the talk of campus!

On January 23rd, the first round of matches were announced. Each participant received an email containing the name of their match. By this point, we were no longer anonymous – we were Naz and Lyne - as we were forced to email the participants using our HEC email addresses!

A couple of days have passed since the announcement. Many dates have taken place, and I am excited for next Saturday night when my best friend will tell me about her third date while eating pizza from Little Italy, sitting on the wooden bench outside of the school cafeteria, with the difference that this time, I won’t be bored!

Click here for more information on the MSc Marketing