Lars Hansen was awarded the Nobel Memorial Prize in Economics in 2013. The Professor in economics at the University of Chicago was one of the major figures at the 11th D-Tea Conference organized in early June 2019 by HEC academic Itzhak Gilboa. 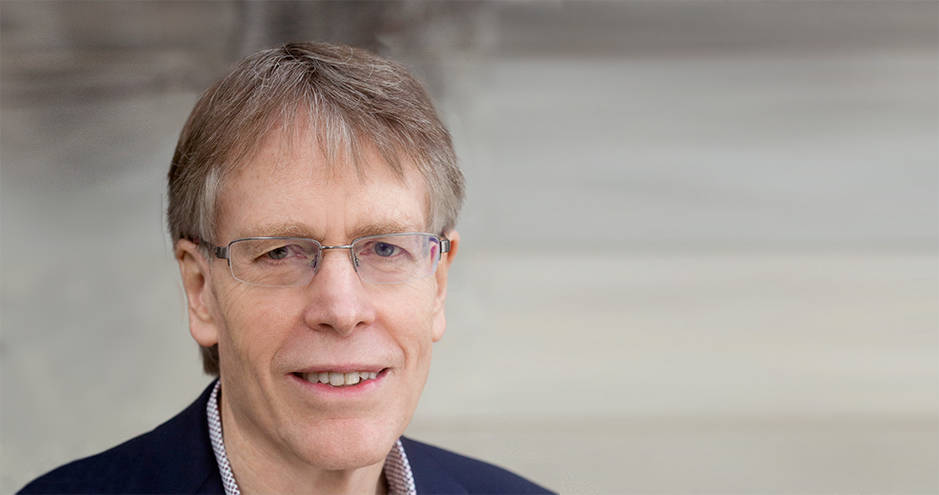 This year's edition, at the Paris School of Economics, focused on the theme of ambiguity. Hansen is best known for developing the generalized method of moments (GMM). Recently he has also been known for his contributions to “robust” macroeconomic theory (in collaboration with Thomas Sargent), which relates to macroeconomic models in which no single probability can be specified. At the conference, he presented a paper entitled “Structured Uncertainty and Model Misspecification”.

When did this concept of ambiguity enter your academic research and what impact has it had on your work in the past 30 years?

Lars Hansen: Broad question. You could say my career has been broken (sic.) into two halves. For the first part, it played very little role, at least expressively. When looking at the dynamic economic models and looking at replications, estimations, testing it all, I became convinced that I had to think about models in other terms. I realized at this initial point of my research that it was all mapped out - in the models of the economy we just presumed that people have everything figured out. But those models really struggled in important ways. So, it opened doors for me to think more broadly about the notion of ambiguity. But before I plunged into the ambiguity literature, I was influenced by the literature from engineering and control communities which were wrestling with similar types of constructs but with less formalism. When I started seeing formalism emerging from the ambiguity literature, it opened doors to combining the ideas. For me, it proposed richer explanations of the phenomenon. We observed and improvised a more useful paradigm for thinking about how to construct economic policy.

Ambiguity means we’re not sure about everything, we’re not sure about right model of the economy or right ways of thinking about the climate. We have ideas, we have views, there is some evidence, but it doesn’t lead to waterproof conclusions.  So how do we wrestle with that? I think conferences like the one here in Paris help debate and focus on the type of tools we have exported.

What have you retained from this two-and-a-half day D-Tea conference?

The best scholars in the world in this field are here. I’ve been using tools and thrown out ideas that others have picked up on as a foundation to take reflections (on ambiguity – ed.) further. So, I’m consuming it all and will think of ways to use them a little differently. It’s valuable for me just to see how decision theory has advanced. Putting recent contributions on the radar screen is very important. I also attach a great importance to the informal conversations that I’ve had with other scholars, we bring together our complementary perspectives for future research.

Making Decisions in Times of Uncertainty

One Oxford dictionary defines ambiguity as, among other things, “the quality of being open to more than one interpretation;” or “inexactness”. I also read the following: “What for academic theorists is doubt and ambiguity, for practising artists is dilemma and anguish”… so ambiguity provokes different emotions in different people. How close do these interpretations resonate with your own?

Those are good definitions. Even in our work, we’ve had to operationalize ambiguity in very different ways. It ranges all the way from ‘I don’t know which model it is’ to ‘Let’s take into account every model that we explore and write them down as economists.’ It’s true in other fields where we don’t really have a right or wrong interpretation. All of these versions are types of ambiguity but all are very different in nature. And I think it’s important that we adopt this multiplicity of approaches (in our work).

What research are you currently publishing?

I’m excited by a couple of articles that are in the pipeline. In one, I’m looking at the behavior and asset markets, we have these so-called “uncertainty prices”, how much investors are compensated. And in the asset pricing literature, those vary a lot, sometimes they are very large, sometimes they are small. So what are the empirical puzzles that explain that? What is it all based on? With my collaborator, Tom Sargent (Nobel laureate in economics in 2011), I’m trying to produce these tools, trying to come out with new sources of variations, coming from investors’ changes of perspectives, based on models as the economy evolves, prices with tenuous belief. Trying to capture the ambiguity concerns.

The other paper centers on models designed to integrate the economy with climate change. We have lots of evidence of destruction in regards to climate but the quantitative magnitude of products served and the corporate horizon remain uncertain. And so, how do you embark on sensible decision-making processes in the presence of uncertainty? How do you use tools in order to quantify more sensible policies going forward but, at the same time, acknowledge uncertainty rather than hiding it? That’s a major research paper I’m excited about just now. It’s an impossible problem but a great one to explore.