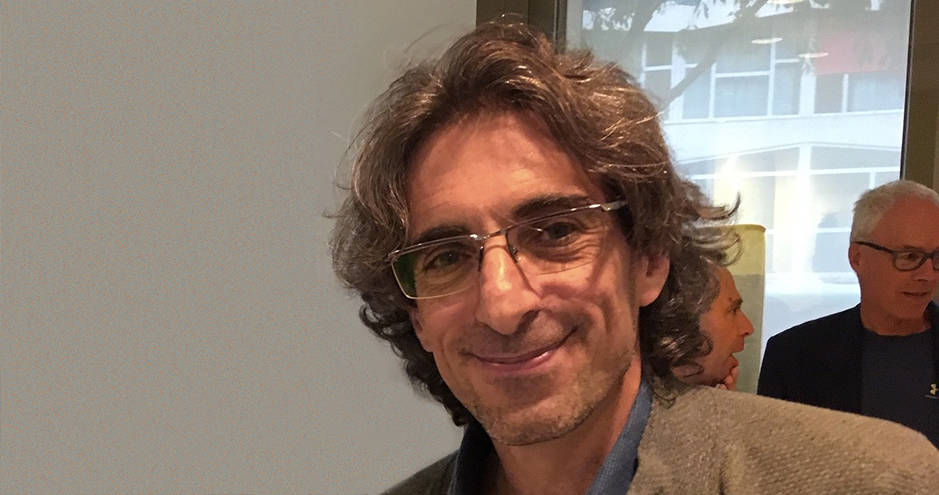 The Oxford University Press dictionary defines ambiguity as “the quality of being open to more than one interpretation” or “inexactness”. But decision-making theorists have been using it to refer to uncertainty that cannot be quantified by probabilities. This applies to situations in which not only the outcome is not known, but also the probabilities of various outcome are not known and cannot be easily assessed. Examples include many singular events, such as financial market crises, global warming, or elections. “The common approach in economics, at least since rational expectation became dominant in macroeconomics in the 1970s, is that everyone can quantify any uncertainty by probabilities, and that everyone agrees on these ‘rational’ probabilities,” explained Itzhak Gilboa during a break in the June 3-5 D-TEA conference held at the Paris School of Economics. “Decision theorists took issue with this very elegant assumption. Economists in other fields also noted that it led to counter-intuitive conclusions.” 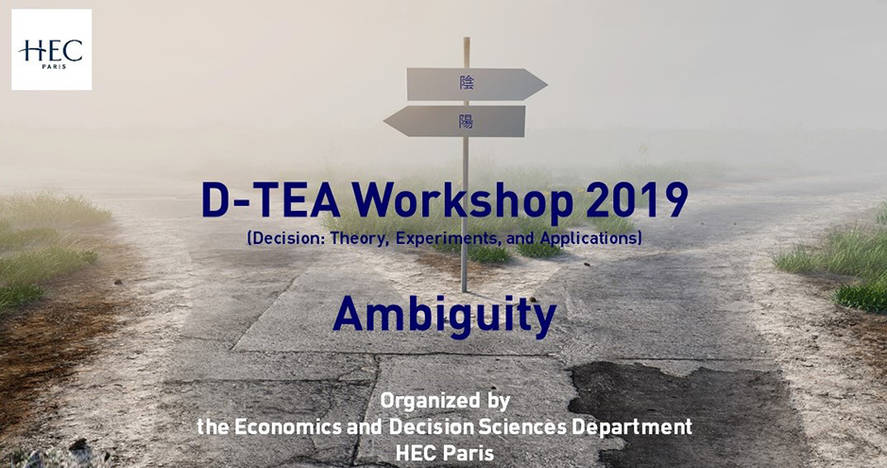 Along came economists like Lars Hansen and Tom Sargent (another Nobel laureate) whose revolutionary work on robustness in the 1990s questioned the assumptions of the “rational expectations” models. They argued for a more robust theory, which allows for the possibility that decision makers do not always know the probabilities. “In cases like global warning or financial crises like the one provoked by the 2008 Lehman Brothers bankruptcy, we argue that it is often more rational to admit that we don’t know the probabilities than to pretend that we do,” pursued Gilboa. Normative aspects of ambiguity also factor in the decision-making process. “What impact will autonomous cars, genetic discoveries and new medication have? Decisions in these fields have a huge impact on life and health insurance policies, but we hardly have historical data to assess their probabilities,” concluded Gilboa, who holds the HEC AXA Chair for Decision Science.

The D-TEA conference puts a special emphasis on creating a dialogue between abstract research and its concrete applications which can then inform the choices of AXA’s executives and managers. D-TEA brings together researchers from economics, psychology, decisions sciences and other fields to study various aspects of these problems. By looking at the empirical evidence, researchers aim to draw out implications for our economy. The wealth of disciplines represented in the research body participates in producing high-quality findings that do not restrict their scope to one perspective.

For the best part of 14 hours, specialists in the decision-making field presented their works and debated their impact with the 140 attendees. They included papers by HEC academic Brian Hill on the role of confidence in beliefs and learning, and the study by student Fan Wang on comparative ambiguity attitudes. The latter proposed an improved definition of ambiguity attitude and risk attitude allowing experimental researchers to “compare and cluster people with different risk attitudes instead of the same one.” The paper drew an enthusiastic response: “It was an outstanding presentation by a PhD student,” said HEC Professor Emmanuel Kemel. “Fan presented a simple and tractable distinction between risk and ambiguity attitudes. They can be used under most available decision models.”

The researchers came from far and wide, including academics from the US, Israel, Japan and even Mongolia. Mongolian Assistant Professor of Economics from the IESEG School of Management, Uyanga Turmunkh presented her work on social and strategic ambiguity as opposed to betrayal aversion. “More generally, my research centers on individual and organizational decisions under risk and ambiguity,” she explained. “I focus on problems of collective action and cooperation as well as climate change uncertainty.”

Ever since its inception in 2008, the convivial nature of the exchanges has always been a feature of the D-TEA conferences. “I attach a great importance to the informal conversations that I’ve had with other scholars, we bring together our complementary perspectives for future research,” noted Lars Hansen. “I’ve been using tools and thrown out ideas that others have picked up on as a foundation to take reflections (on ambiguity – ed.) further. So, I’m consuming it all here and will think of ways to use them a little differently. It’s valuable for me just to see how decision theory has advanced. Putting recent contributions on the radar screen is very important.”

The 12th edition of the D-TEA conference is set for June 2020. It will be led once again by Itzhak Gilboa but the theme has yet to be finalized.