Specialists in Islam in France Debate with HEC Paris Students

In its 39-year history, HEC Débats has never shied away from debating controversial and complex topics. Its November 5, 2020 debate on the position of Islam in France was no exception as students sought to better understand the challenges facing the country’s second religion and its acceptance in French society. This came in the wake of two vicious October attacks that claimed the lives of four French civilians. To debate this and more, the students invited two specialists on Islam, Ghaleb Bencheikh and Hakim El Karoui, for a virtual exchange. 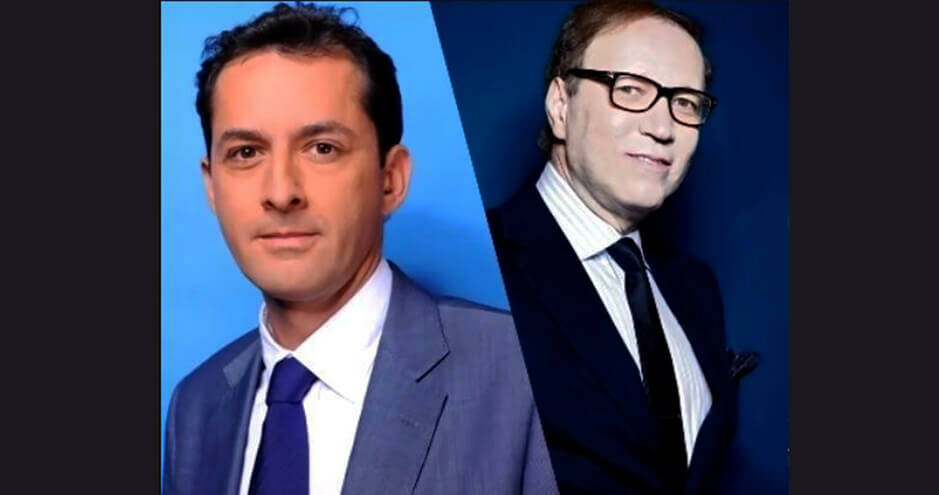 There was a degree of emotion as HEC student Manon Logeais opened the debate on Islam and France’s Muslim communities just a week after the murderous attack in the Nice Basilica and 21 days after the assassination of schoolteacher Samuel Paty. “In this context, we hope you will share with us keys to better understand and analyze the current realities in which these attacks took place,” she told the 171 students who had joined the video-conference. The fact that most remained to the end was a sign both of their curiosity and the quality of the exchange. Logeais continued: “Ghaleb Bencheikh and Hakim El Karoui, you refuse cliched ideas and simplistic messages that are too commonplace. You are always driven by a desire for truth, a transmission of knowledge and collective questioning with which you are about to discuss Islam in France.”

In the current highly-charged atmosphere around debating Islam in France, the two specialists proceeded to deconstruct the religion’s narrative and its multifarious expressions in the country’s Muslim community, Europe’s largest. As such, their refined interpretations nourished a lively exchange with the students faithful to the end of the conference despite the esoteric heights it sometimes reached.

“Why study Islam in 2016?” Hakim El Karoui had asked rhetorically in a 106-page study for the Institut Montaigne think-tank where he is a Senior Fellow. “Because,” he answers, “the violence which has been wrought in its name in France, against French citizens, must be addressed.”

Fast forward to 2020, and the question appeared more salient than ever to the two scholars. While radical Salafist groups remain extremely marginal in proportion to the size of the French Muslim community, they continue to have an impact, particularly in communities largely abandoned by the French state. As seen with their apparent influence on the campaign leading to the decapitation of Samuel Paty, for example, the use of social media has magnified their power. At the same time, the recent and controversial political discourse on separatism has sometimes been perceived by French Muslims as a stigmatization of their religion and an attempt to strip the community of their identity. “The use of the term ‘separatism’ by Emmanuel Macron is an innovation to avoid terms like ‘fundamentalism’, ‘Islamism’ and ‘Salafism’,” said El Karoui, non-committedly. “Macron was referring to the Salafism present in some religious circles in France,” added Ghaleb Bencheikh, before delving on the nature of this radical interpretation of the Quran. “Salafism defines an Islamic rationalization which is asphyxiating and deadly and where there exists a neurotic obsession for a canonical norm. We missed the influence of a Descartes and Freud on Islam. We must free our Islamic theological philosophy, so as Muslims can free themselves.”

These are titanic challenges, underlines Bencheikh, who presides over the Islam Foundation of France (FIF). The 60-year-old is a reformist who was born into a Sufi family from Algiers. His vision of a liberal form of Islam in the 21st century includes placing Sufism at the heart of the religion, opening mosque leadership to all genders and encouraging constructive dialogue between all faiths.

But to tackle the growing incomprehension between the Muslim and non-Muslim communities in France, Ghaleb Bencheikh and Hakim El Karoui shared with the students their conviction that it is in the teaching of Arabic in public schools that answers could be found. “I am a fervent partisan of teaching Arabic in public French schools,” El Karoui told the students. “It is the language of a great civilization, like French, Latin, Greek. It is useful worldwide. And, most importantly, its teaching would break the monopoly of the mosques. But, when we say this, politicians, well, become crazy.” Added Bencheikh: “Teaching Arabic in schools is indeed THE solution. It is abnormal that we atrophy our future citizens by preventing them from mastering this language at high school. It’s the world’s fourth most spoken language. Yet, politicians have a mindset that it is the language of communitarianism. And they leave its teaching to the mosques.”

Hakim El Karoui broadened the question on Islam by evoking a widespread loss of all faiths in France: “We see a general tendency for religion to lose more and more of its followers. Almost half the population says it is atheist or agnostic, only 3-4% of Catholics go to Mass. Ironically, the more religion loses its weight in the public space, the more we talk about it. This growing secularism is also affecting Muslim communities, in which more people are leaving their faith than entering it.” It is in this breach that Ghaleb Bencheikh is hoping his newly-forged digital, popular and itinerant university will wrest control away from the more conservative mosques. “Until the COVID-19 pandemic befell us, we were gaining ground. This was a space in which we had calm debates, this is where we tamed the fears and prejudices, we exorcised the fantasies and hope of binding the community with the nation. It is where the riches that Islam has to offer us has its place in France.”